I'm just an old surfer, ex banker and former coach, with a public school education, whom (that's right I said whom) grew up with a Hawaiian taste for life, seeing life as subject matters and story lines, in exploring my ability to tell stories in complete sentences and ambitious enough to attempt to tell a compelling story making you want to turn the page... and that is a work in progress.

Sometimes the road to mediocrity is littered with kind words, that fail to tell the story and with your help, we'll follow the path to improvement with each new effort, most appreciative with your patience.

Where did you grow up, and how did this influence your writing?
I actually grew up in Hawaii. I was very lucky to have such an experience with family, nature and friends. I am greatly influenced by island life and still see the world through those eyes, expectant of doing the right thing, for the right reasons and if I have written a story well, perhaps it resonates in the what's being told.
What's the story behind your latest book?
It's about an FBI Agent named Amare Dumisuni. It actually started in a different direction and ended up with the story of Agent Dumisuni searching for a missing girl, but uncovering a human trafficking ring. The actual story is about much more... how several people at the collapse of the Soviet Union are greatly affected by change and the obstacles they must overcome and the choices made impact others, even later, in the U.S.
Read more of this interview.

Where to find Pen of Tales Publications online 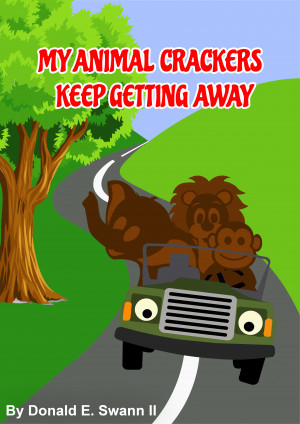 My Animal Crackers Keep Getting Away by Donald E. Swann II
Price: $2.95 USD. Words: 1,300. Language: English. Published: February 9, 2019 by Pen of Tales Publications. Categories: Fiction » Children’s books » Family / Siblings, Fiction » Children’s books » Fairy tales & fables
Little Georgie, loves his animal crackers. He likes to play with them, before eating and his imagination makes them come alive. When they escape, he and his brother go looking for them. 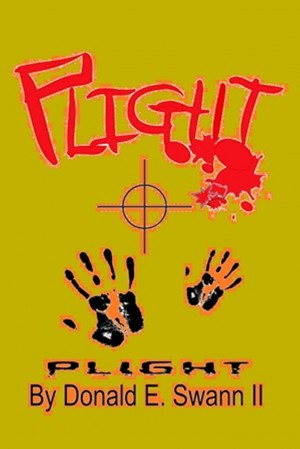 Plight by Donald E. Swann II
Price: $3.59 USD. Words: 155,240. Language: English. Published: July 8, 2015 by Pen of Tales Publications. Categories: Fiction » Thriller & suspense » Psychological thriller, Fiction » Mystery & detective » International crime
When a teen girl goes missing, a surviving victim escapes and makes clear its about much more than one abduction. FBI Special Agent Dumisuni uncovers a horrifying possibility of a human trafficking ring, reaching as far as the former Soviet Union and somehow an expatriated Soviet General, and a KGB Assassin might be involved, in a story about so much more, in a tale of choice and consequences. 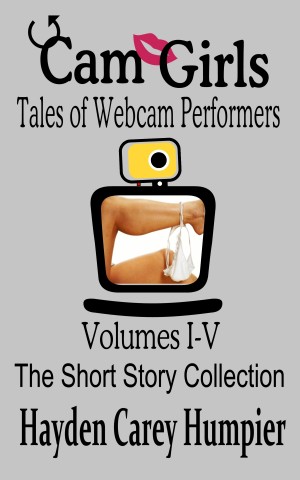 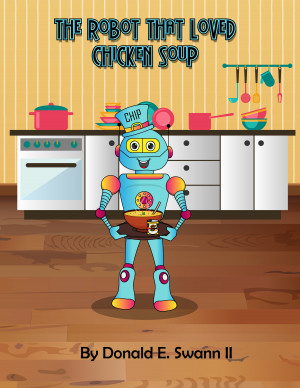 The Robot That Loved Chicken Soup (A Story About Food Allergies) by Don Swann II
Price: $2.99 USD. Words: 2,420. Language: English. Published: January 16, 2015 by Pen of Tales Publications. Categories: Fiction » Children’s books » Robots, Fiction » Children’s books » Health & Daily Living / Diseases, Illnesses & Injuries
A FOOD ALLERGY STORY FOR KiDS What happens when a robot has a bowl of chicken soup? Will his wires melt? His little body rust? We know that a little robot can't eat soup, because his food allergy could make him very sick and that could be bad. Chip is a robot that suffers an allergic reaction to something he should not eat. 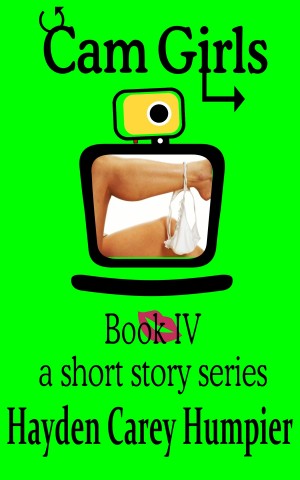 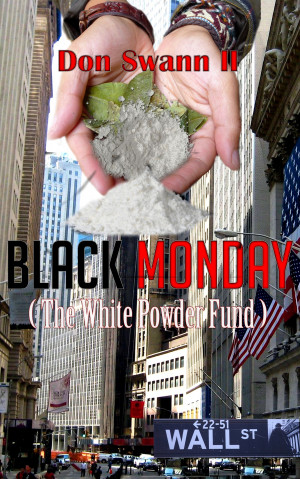 Devin Drakes disastrous day leads him to decide the lengths one is willing to go to, to rebuild wealth & reputation, feeding into complications along the way. A stockbroker finds his way back on top by creating the hot new agricultural stock, backed by cocaine, which keeps the money flowing. A 1980's CRIME THRILLER! "Breaking Bad meets Wall Street." 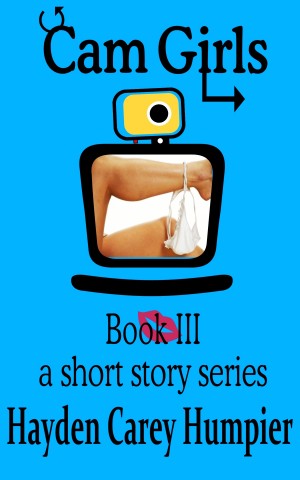 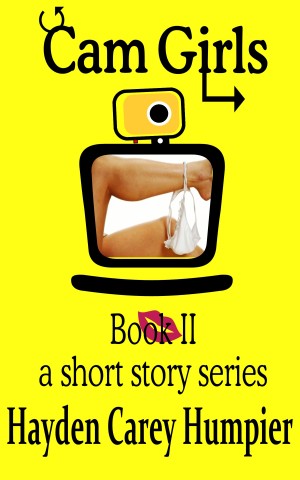 Cam Girls (Tales of Webcam Performers) Book II by Hayden Carey Humpier
Series: Cam Girls (Tales of Webcam Performers) Collection, Book 2. Price: $2.99 USD. Words: 3,550. Language: English. Published: October 17, 2013 by Pen of Tales Publications. Categories: Fiction » Erotica » General, Fiction » Erotica » Men's Erotica
3rd Edition: rev 115Cam Girls is a series of short stories about webcam performers... Book two has two stories Story 2: Char is a college student tired of studying for her exams, when she decides it's time to let loose and turns on her cam, calling in Zack to share in her stress relief. Story 3: Xander and Lindsey are roommates,who avoid their sexual attraction to one another, until late night 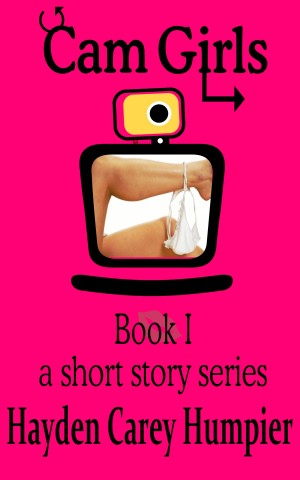 Cam Girls Book I by Hayden Carey Humpier
Series: Cam Girls (Tales of Webcam Performers) Collection, Book 1. Price: $2.99 USD. Words: 4,390. Language: English. Published: September 13, 2013 by Pen of Tales Publications. Categories: Fiction » Erotica » Couples Erotica
Mira's financial struggles lead her to consider a different approach as money is tight and sex life fading, when she isn't too stressed out to enjoy it at all. Until Frank comes up with the idea to watch other couples have sex on a web chat site, leaving Mira starving to explore it further. Adult oriented, strong sexual content & explicit language. 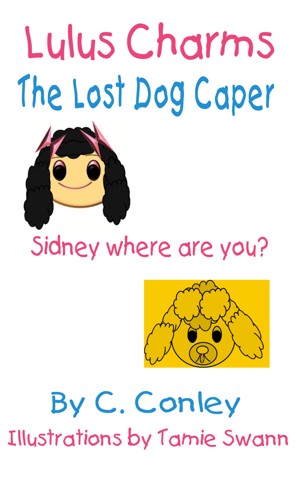 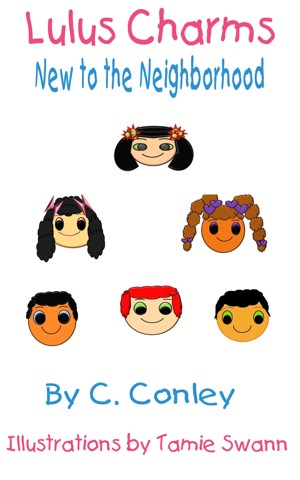 Lulu's Charms "New to the Neighborhood" by C.V. Conley
Series: Lulu's Charms Picture Book Collection, Book 2. Price: $2.99 USD. Words: 1,870. Language: English. Published: June 14, 2013 by Pen of Tales Publications. Categories: Fiction » Children’s books » Entertainment, Fiction » Children’s books » Fiction
A little girl named Jen-Jen moves into the neighborhood. She is worried about whether or not she will fit in. Hanna, her next door neighbor introduces herself and some other new friends and Jen-Jen feels right at home in her new neighborhood. 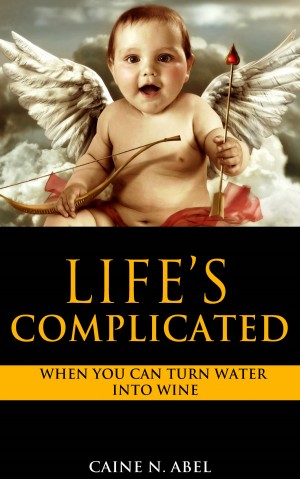 Life's Complicated... When You Can Turn Water into Wine by Caine N. Abel
Price: $2.99 USD. Words: 5,800. Language: English. Published: January 3, 2013 by Pen of Tales Publications. Categories: Fiction » Humor & comedy » Parody, Fiction » Humor & comedy » Black comedy
Jesus (Yep, that guy) is back to write the novel he's been thinking about since A.D. began. Perhaps it'll be a "tell all" book about dad, the problems of nepotism in Heaven, or his 2nd life experiences, in the age of the internet. Trying to live in the now & occasionally enjoy his favorite micro brew, despite others suspicions, judging the man whom turned water into wine. Satire,parody 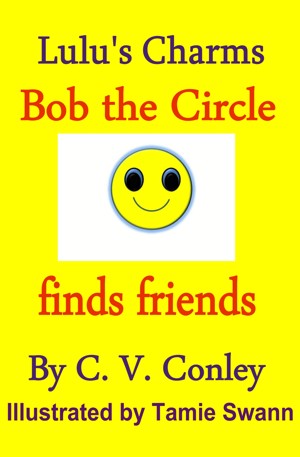 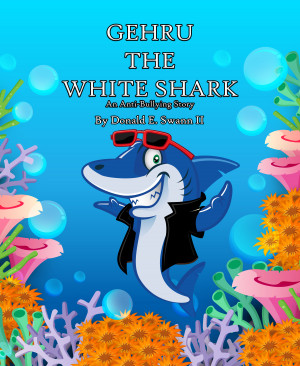 Gehru, the White Shark by Donald E. Swann II
Price: $3.59 USD. Words: 4,580. Language: English. Published: June 19, 2012 by Pen of Tales Publications. Categories: Fiction » Children’s books » Social Issues / Bullying, Fiction » Children’s books » Social Issues / Friendship
A story about bullying that takes place under the sea. Can a great white shark and a killer whale be friends, even though they look very different? Gehru (ghay-roo) is the bully of his school until he meets Jorka (York-ah) the Orca. That's when Gehru learns not everything you hear about others is always true and it can be more fun to get to know someone, than judge others unfairly. 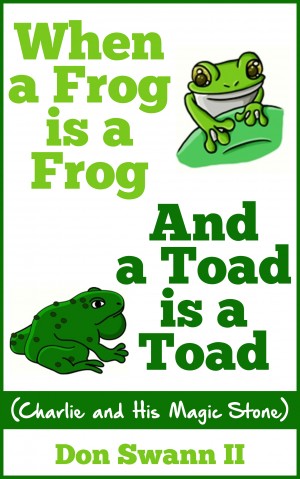 Ever wonder how a frog is different from a toad? You could always ask a frog yourself... that is if you speak "frog", unless it's a toad. Charlie uses his magic stone to speak frog & maybe even listen in toad. A cute picture book all about frogs & toads your kids will love. Filled pictures, drawings & examples of facts and fun. 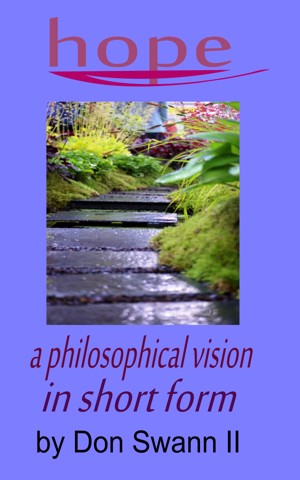 "Hope" A Philosophical Vision In Short Form by Pen of Tales Publications
Price: $1.50 USD. Words: 740. Language: English. Published: August 17, 2012. Categories: Essay » Literature, Essay » Sociology
Hope is a powerful presence of inspiration, giving initiative or drive to do great things, despite the lack of something we can see or hold. Is hope a spiritual or philosophical thing? All that matters is we find it in our time of need... the belief a cause or service can make a difference not only in our lives, but in others as well. 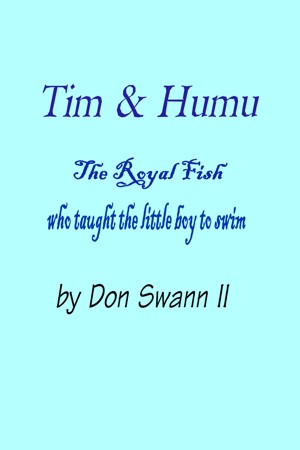 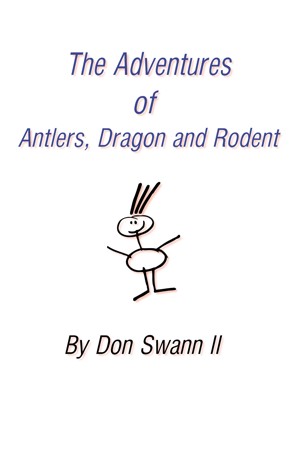 You have subscribed to alerts for Pen of Tales Publications.

Would you like to favorite Pen of Tales Publications?

You have been added to Pen of Tales Publications's favorite list.

You can also sign-up to receive email notifications whenever Pen of Tales Publications releases a new book.