Finnean Nilsen Projects is a production company for books, games, movies, and lifesaving/improving inventions. Consisting of two equally talented brothers (of which I'm the more attractive, obviously), they are the authors of the episodic ebook series Outpost, as well as the prequel series Camp 417.
To date they have produced three books by other authors:
Fist Full of Brunettes - by Bill Pryst
The Nest, and The Contagion - both by Damien Wright.
Often referred to as FinNilPro or the Brothers Finn, you can find them at www.finnilpro.com, on facebook or their blog: finneannilsenprojects.blogspot.com where they promise to start posting new material again shortly (if ever). 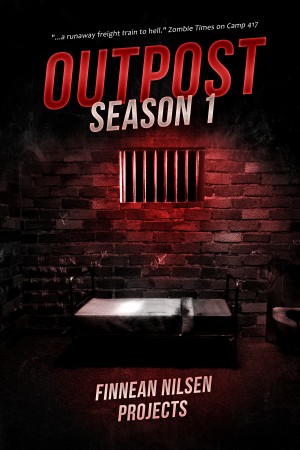 FIFTEEN HUNDRED PRISONERS Brennick Maximum Security Prison, known unofficially as the Outpost. THREE HUNDRED GUARDS Home to the most vicious violent offenders for a thousand miles in any direction. TRYING TO SURVIVE The guards watch their every move, weapons ready. The Warden rules with an iron fist. IN A DEAD WORLD Population: 1800, and falling. Fast.

You have subscribed to alerts for Finnean Nilsen Projects.

You have been added to Finnean Nilsen Projects's favorite list.

You can also sign-up to receive email notifications whenever Finnean Nilsen Projects releases a new book.