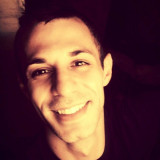 Hello! My name is Kyle Brandon Leite; also known by the pen name of Firewolf. I am a writer, professional psychic, perfumer, and Witch. I am the author of Firewolf's Book of Spells, Firewolf's Black Mirror Magick, Simple Spells for a Happy Home, Firewolf's Practical Candle Magick, and Firewolf's Magickal Bathing Rituals.

I was born and raised in southeastern Massachusetts where the woods are written with secrets, the air is filled with a fragrance of mystery, and the ocean sings a lullaby of magick. Growing up in New England I have been heavily influenced by Traditional European Witchcraft, Native American Folklore, and the Italian folk tradition known today as Benedicaria or The Way of Blessing. I am a devotee and humble servant to the Potnia Theron – under her many guises and through all that She embodies. I embrace the path of Hellenic Reconstructionism and the Old Way of the Wise.

I am a Witch, a practitioner of what some call - The Old Wisdom. I am a practitioner of Greco-Italian Witchcraft - known by the titles of a streghe or mago. My spiritual journey began when I was eight years old when I stumbled upon a bookstore and a book called Good Magick. Since then I have been a practitioner of the Old Wisdom for over two decades and have dedicated my life in preserving the benevolent ways of the Craft. I have served for three years as High Priest of The Coven of the Raven Mother in Middleboro, Massachusetts. After moving to San Diego I served as High Priest and Elder of The Circle of the Stag Huntress for five years.

I am a well-known clairvoyant and professional psychic. My career as a psychic began in my early teens in Southeastern Massachusetts offering psychic readings professionally in Middleboro, Boston, and the surrounding areas. In my earlier years I worked for numerous local police departments along the east coast of the United States providing my clairvoyant and divinatory services. I have been featured on radio, talk-shows, magazines and popular publications including: The Union Tribune, City Beat Magazine, Channel 8 News with Larry Himmel, The Espresso, The Miami Herald, and Candelo's Corner, to name a few.

I offer an array of psychic services to include Tarot, Sibilla, Scrying, Witch Stones as well as spiritual and magickal prescriptions. My goal as a clairvoyant, psychic and advisor is to deliver clear truth, precise insight, and to liberate each individual so that they can attain happiness and success during their life’s journey.

From as far back as I can remember, I have always had an innate connection with the botanical kingdom as well. Some could say I am a bit of a Green Witch or Root-Worker. Having been a practicing herbalist for over twenty years, my studies have included: herbal medicine, perfumery, aromatherapy, herbal folklore, mythology, and spiritual application.

My passion for the natural world not only has inspired my perfume craft, but is also reflected in all of the products I create. As an artisan perfumer, I use only 100% all-natural and organic ingredients in botanical and spiritually inspired blends. I feel that by keeping magick natural and unadulterated, we preserve the ancient secrets our ancestors so deeply cherished and passed on.

Not only am I a devotee of the ancient Witches Craft, I am also a teacher. I offer lectures and workshops on topics: The Witches’ Craft of the Southeastern Mediterranean Religions, The Science of the Witches’ Craft, Natural Perfumery, Herbalism, Herbal Folklore, Tarot and Divination, Love Magick From Around the World, and Greco-Italian Folk Magic.

I recently relocated to Fort Lauderdale Area to pursue some interesting endeavors and to research the local botanical life and folklore. 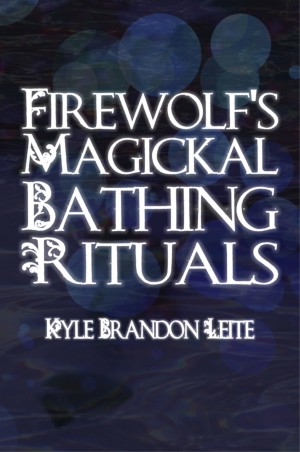 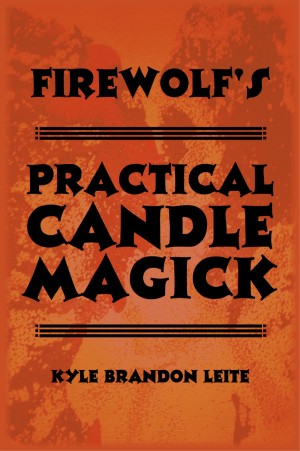 Firewolf's Practical Candle Magick by Kyle Brandon Leite
Price: $3.99 USD. Words: 11,990. Language: English. Published: June 11, 2013. Categories: Nonfiction » New Age » Magic
The light of a simple candle burning in the darkest room, fills the mind with thoughts of beauty and mystery. At some point, or another, everyone has performed a Candle Spell, at least once in his or her life. 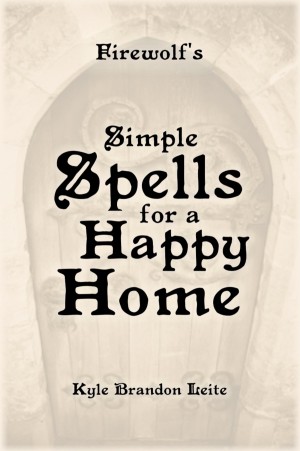 Firewolf's Simple Spells for a Home by Kyle Brandon Leite
Price: $3.99 USD. Words: 12,130. Language: English. Published: June 11, 2013. Categories: Nonfiction » New Age » Magic
From ancient times, the ancestors of the Witch have cast spells to protect their homes and families from spiritual, as well as physical harm. In these pages Firewolf (Kyle Brandon Leite) presents a delightful collection of charms and spells associated with the Home. 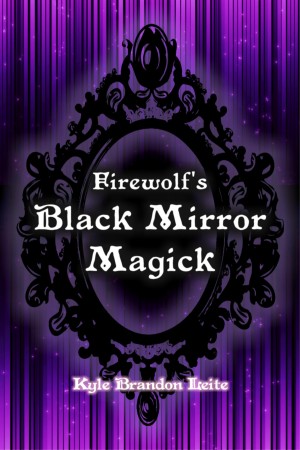 Firewolf's Black Mirror Magick by Kyle Brandon Leite
Price: $3.99 USD. Words: 6,430. Language: English. Published: June 11, 2013. Categories: Nonfiction » New Age » Magic
What does the Witches' Black Mirror have in store for you? Learn how to gaze into the Witches' Black Mirror, to gain future insight, meet your personal spirit guide, and to even get a glimpse of your future soulmate! Includes simple techniques from Firewolf, (Kyle Brandon Leite) and a few simple Magickal Spells for Love, Communicating with one's Spirit Guides, charm to cast a Witches' Glamour.

You have subscribed to alerts for Kyle Brandon Leite.

You have been added to Kyle Brandon Leite's favorite list.

You can also sign-up to receive email notifications whenever Kyle Brandon Leite releases a new book.