Forrest Audobon was born in Omenhaw, Nebraska, in 1966. The oldest of nineteen children, he spent most of his childhood taking care of mewling, vomiting babies. He converted to Amishism in 1981 and spent the next ten years growing a tremendous beard and huge biceps from barn-building and farming. Then, in 1991, he enlisted in the Marines and spent the Gulf War building water filters across Kuwait and Iraq. Upon returning to the U.S., Forrest had become disenchanted with all kinds of things, and began writing fiction prolifically. Although his early writing was confined to erotic Amish short stories, he has since expanded his repertoire to horror fiction and action adventures. Winged Leviathan is his first published novel.

He currently lives back in Omenhaw with his partner, Kelly. They have no children.

Where to find Forrest Audobon online 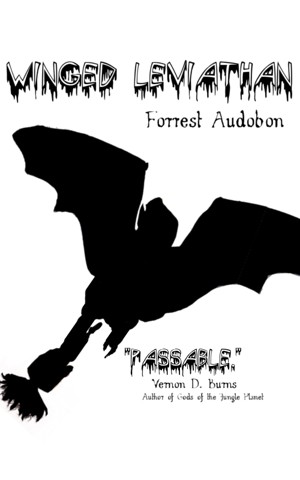 Winged Leviathan by Forrest Audobon
Price: $1.99 USD. Words: 35,240. Language: English. Published: August 19, 2012. Categories: Fiction » Adventure » Action, Fiction » Humor & comedy » Satire
Moscow leads a hard-as-nails crew of marines who never turn away from a good fight. But, venturing into Russian territory on the brink of World War II in the hopes of stealing an incredible weapon from an ancient temple is enough to set anyone on edge. Moscow has seen some crazy things in his time, but nothing that will compare with.... THE WINGED LEVIATHAN!

You have subscribed to alerts for Forrest Audobon.

You have been added to Forrest Audobon's favorite list.

You can also sign-up to receive email notifications whenever Forrest Audobon releases a new book.