Bob Gersztyn began writing in 1968 with his diary. Since then he has lived a lifetime as a hippie college student, Jesus Freak, Pentecostal inner city pastor, postal worker, photographer, journalist, writer, salesman, taxi driver, bartender, husband and father of seven children and six grandchildren as of 2019.

When was the first time that you were published as a writer?
It was 28 years after I wrote my diary in 1996. At the time I was a photographer for a Deadhead magazine called "Dupree's Diamond News," after the "Grateful Dead's" song "Dupree's Diamond Blues." They would use one of my photographs if they had an article to go with it. I read a book about increasing your photo sales, by Rohn Engh and it said to either write an article to go with your photos or hook up with a writer. Since I wrote dozens of papers during the 7 years that I attended college I decided to give it a shot. The occasion was when I covered the H.O.R.D.E. Festival in 1996. After I got home and developed the film and started looking at proofs I was inspired to write about the ten bands that I had photographed that day and wrote a thousand word review of the show and sent it in. They published it and four of my photos. That was it, after that I became a writer first a photographer second.
Why and how did you write 165 Days Short?
After I was drafted into the army in August 1966 I began to regularly read books about the military during my two year conscription. There was plenty of spare time to read and it was relatively cheap entertainment. By the time that I only had six months left before I was discharged I decided that I wanted to document my time in the army, in case I wanted to write a book about it in the future after I became an experienced writer. I recorded the diary using a small 3x5 inch notebook that I wrote entries in as the day unfolded or sometimes at the end of the day. Each of the 5 notebook fillers was 2 sides of 40 pages and totaled 40,000 words.
Read more of this interview.

Where to find Bob Gersztyn online 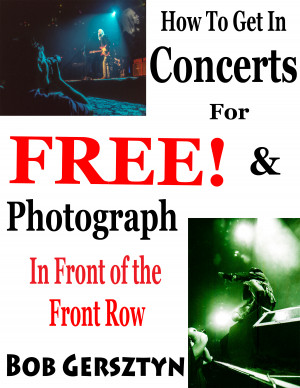 In Front of the Front Row by Bob Gersztyn
Price: $4.99 USD. Words: 28,830. Language: English. Published: February 25, 2020. Categories: Nonfiction » Music » Biography, Nonfiction » Art, Architecture, Photography » Photography - how to
In Front of the Front Row is an instruction manual as well as an explicit story detailing exactly how I broke into the music business and became a successful music journalist that was able to gain free entry into hundreds of concerts and take thousands of photographs and even meet and interview the artists on occasion over a period of three decades. 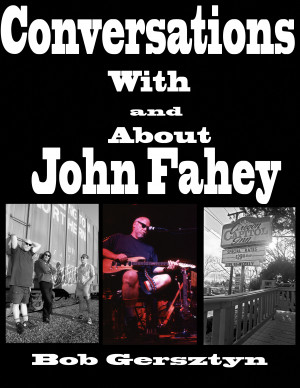 Conversations With and About John Fahey by Bob Gersztyn
Price: $4.99 USD. Words: 75,120. Language: English. Published: August 4, 2019. Categories: Nonfiction » Music » Biography, Nonfiction » Philosophy » Religious philosophy
“Conversations With and About John Fahey” is divided into two parts with the first made up of 8 interviews with John Fahey about music, religion, philosophy and a variety of other subjects during the late 1990’s. Part two is 7 interviews with his former wife Melody, Country Joe McDonald, Terry Robb, Tim Knight, Rob Scrivner and Stevan Allred along with “30” inside photographs taken by the author. 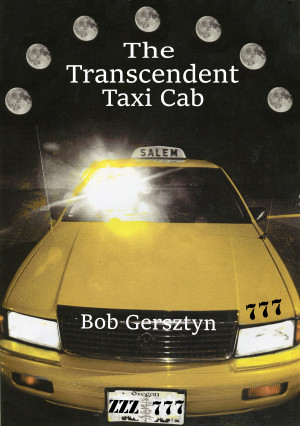 The Transcendent Taxi Cab by Bob Gersztyn
Price: $5.99 USD. Words: 98,180. Language: English. Published: February 16, 2019. Categories: Nonfiction » Biography » Religious biography, Essay » Sociology
The Transcendent Taxi Cab is one cab drivers journey into the underbelly of Salem, the capitol city of the state of Oregon. It’s the home of the State mental hospital for the criminally insane that the book and film, “One Flew Over the Cuckoo’s Nest” was filmed in. It is comprised of 97 chapters of the bizarre experiences of a freelance music and religion journalist who is a taxi cab driver. 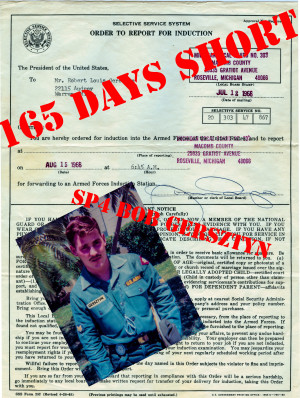 165 Days Short by Bob Gersztyn
Price: $4.99 USD. Words: 40,950. Language: English. Published: February 14, 2019. Categories: Nonfiction » Biography » Military biography, Nonfiction » Biography » Personal memoir
165 Days Short is the diary of SP4 Bob Gersztyn, who was drafted into the army for two years in 1966. It was written during the last six months of his conscription in 1968 and is a personal coming of age story about a twenty year old young man trying to figure out what to do with his life after he is discharged from the army on August 14, 1968.

You have subscribed to alerts for Bob Gersztyn.

You have been added to Bob Gersztyn's favorite list.

You can also sign-up to receive email notifications whenever Bob Gersztyn releases a new book.