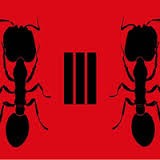 Bernardo van Heerden-Baéz was born in Wiesbaden Germany. He is a social theorist and political philosopher pursuing the development of global solutions for global crises through One World Government under One World System. As President of the Federal World Union he revived the organisation in May 2016 since its dormancy was effected in 2011. He was a member of the movement for an International Federal World Government since the early 90's. He was very influenced by the WCPA - World Constitution and Parliament Association 's Chairman Isley's achievements and personal writings to him. Isley removed him from the Strategic Planning Committee for a World Government session in Lybia in 1996 due to Bernardo's permanent insistence that World Government must have Defense Forces. WCPA is for a non military world government. FWU which adopted the same consitution for Federation of Earth has this core difference within its amended constitution, in that it has Military Forces under world government. This split from WCPA(due to differences on the view that Military Forces for a World Government forms a fundamental security offering to joining nations) caused the establishment of FWU in 1998 in South Africa and never deterred him from building and maintaining a good distance relationship with Isley who taught him more than books ever could. Peace and hope for all of humanity has always been his aim. The Earth belongs to all of humanity, yet no institution or organisation represents all of humanity. Federal World Union pursues the excitement in mankind's mind, raising awareness of hope, dreams and eventual establishment of a Centralized One World Government that serves each and every human being and administrates the planet with all its inhabitants.

Why do you write about One World Government and what is the objective?
Writing means someone will read, two readers appear, the opposition of concept & what is being proposed , the other is potentially interested and can be constructively influenced. The former is as important as the latter since antithesis seeks constant support to develop a sense of worth and if weak, support furthermore is needed to convince itself again of its reasons for opposition. An abstract and a very real permanent enemy is thus born through the simultaneous creation of a zealous devotee, both must be observed and both play the crucial role of imperfect equilibrium. Critical mass will ultimately lead to a clash, where both, support or objection is probably soon to be externalised in society, expressed in economic, social and physical conflict. I have been engaged in movements for establishing One World Government for more than 22 years. World governance and One Central World Government are both different concepts. We call for the urgent establishment of One World Government under One World System for all humans. The Federal World Union is the vehicle for such a challenging task and I write about the concept and ideal to inform people with an interest in global solutions to increase awareness and stimulate participation. Inevitable creation of a centralized global government serving all of mankind is achieved through influence and guidance of the fundamental unit, the citizen.
Are you involved in One World Government currently?
The present forms of politics and government as we knew it will be altered and will dissappear. It failed and cannot evolve. We do however obey certain social laws taught by our peers whilst in society we are governed by a form of corporate management system that infiltrated society and its fair to say it manages the stale political systems of the world. There is no World Government serving the world and its citizens at present yet. We are busy with groundwork to pave the way of its realisation. There are global military superpowers who steer the world in directions they seem fit for their own benefits, but this is not world government. So at present I am actively promoting the idea of One System serving mankind through One World Government. No panel or entity speaks for humanity. The UN is a club organisation and perhaps some of its organs could be incorporated into world government but its charter contradicts this proposal. Involvement in One World Government formation is a role that is imperative for each world citizen.
Read more of this interview. 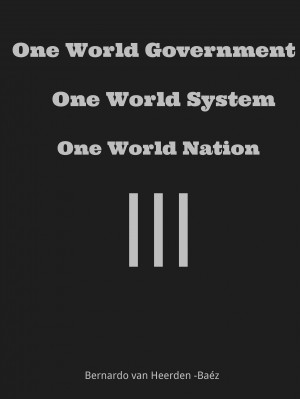 One World Government One World System One World Nation by Bernardo van Heerden-Baéz
Price: $15.95 USD. Words: 23,210. Language: English. Published: May 8, 2016. Categories: Nonfiction » Politics & Current Affairs » Current affairs
One World Government under One World System for all. Bernardo Baez defines the purpose and the need. It's coming and its facing unique challenges. World problems require world solutions says Bermardo van Heerden-Baez in this book with ample explanations. Its a must read.

You have subscribed to alerts for Bernardo van Heerden-Baéz.

You have been added to Bernardo van Heerden-Baéz's favorite list.

You can also sign-up to receive email notifications whenever Bernardo van Heerden-Baéz releases a new book.