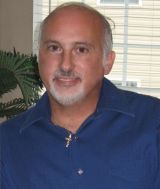 Frank Monastra is the grandson of Frank Brancato. Frank’s mother Jennie was the youngest daughter of Frank and Virginia. One of Jennie’s hardest tasks in raising four children was desperately trying to keep her father’s secret life as a criminal and crime boss from her young children; while his life played out in the daily newspaper thought out Cleveland in “The Cleveland News, Cleveland Press, and The Plain Dealer” starting in the 1930’s until his death in 1973.

As children my cousins, siblings and I were always told by our parents that our grandfather was a tire salesman and worked long hours. He always showed us all, how much he loved us when he visited. Grandpa dressed in expensive looking suits and always seemed to drive a brand new car, mostly Cadillac’s, which was hard to imagine how he could afford them by only selling tires.
Earlier in 1995 I read “The rise and fall of the Cleveland Mafia”: by Rick Porrello. I knew my quest and journey into my grandfather’s colorful and highly publicized past must begin. My catalyst to investigate my grandfather’s past began while I was in my young twenties when I told myself I would not dig into his past until all of his children had passed on. My research would not begin until May 2011.

I am married to Judy, who is the love of my life and best friend. We are blessed to have three children, along with five wonderful and healthy grandchildren that we cherish, adore and enjoy spending time with. We have two Yorkie’s who give us great joy.

I have worked for a major grocery chain in Cleveland, for almost forty years. I enjoy playing golf, but sadly I have not had much time to enjoy the sport lately. I enjoy reading and writing in my spare time, but would rather spend time with Judy, my children and grandchildren.
I would enjoy hearing from you; so if you have any thoughts or comments after reading “Mafia Street boss” please contact me at:

I hope you enjoy your true mafia experience!

Where to find Frank Monastra online 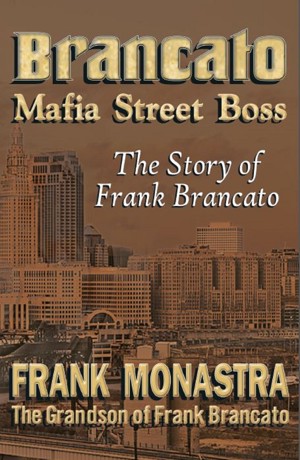 Brancato “Mafia Street Boss” by Frank Monastra
Price: $5.99 USD. Words: 110,850. Language: American English. Published: July 31, 2013 by Brighton Publishing LLC. Categories: Nonfiction » History » American, Nonfiction » Biography » Criminals & outlaws
The story of Frank Brancato. For the better part of half a century, Frank Brancato was one of the most feared men in Ohio. The Sicilian immigrant claimed to be a humble tire salesman, but in reality he was the right-hand man of Cleveland Mafia Boss John Scalish. Brancato—Mafia Street Boss gives an insider look at the rise of the Sicilian Mafia in Ohio in its heyday, from the 1920s to the 1970s.

You have subscribed to alerts for Frank Monastra.

You have been added to Frank Monastra's favorite list.

You can also sign-up to receive email notifications whenever Frank Monastra releases a new book.