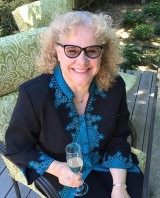 Author/Healer Diana Michael lives in Coon Rapids, Minnesota with her husband Bill. She has one son Kenneth Dean. Her first published book received a true story movie option. She has been doing energy healing for nearly thirty years volunteering at Pathways Health Crisis Resource Center, Unity North Spiritual Center, and the Virginia Piper Cancer Institute. She works as a medical transcriptionist for MHVI, a local cardiology group. Diana’s intention is to renew hope and save someone’s life as hers was so mercifully spared against all odds.

After being raped at age sixteen, Diana takes an overdose and has a near death experience. Angels rescue her and promise to protect her, asking her to tell the truth. Television celebrity Steve Allen intervenes saving Diana’s life with uncanny synchronicity, beginning an enduring friendship. Against her will, in a comedy of errors, the angels kept their promise to protect her from suicide, murder, domestic abuse and cancer. Diana is guided to powerful psychics, shamans, ministers and spiritual healers who renew her faith in the Divine. She is witness to spirit visitations, angelic rescues, and miraculous healings. The intensity of her harrowing journey is balanced with love, forgiveness, and a surprising sense of humor. This true story, making light of the spiritual journey, is written in return for the Promise of Angels. DianaMichael.author@outlook.com 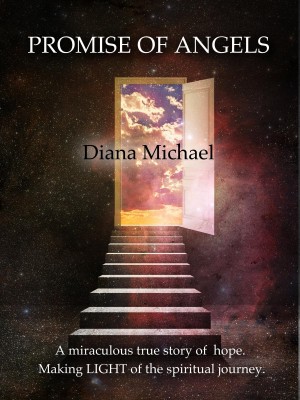 Promise of Angels by Diana Michael
Price: $5.99 USD. Words: 60,930. Language: English. Published: September 24, 2016. Categories: Nonfiction » New Age » Near-death experiences, Nonfiction » Religion & Spirituality » Body, mind, & spirit
“All of us suffer disappointments, setbacks, even tragedies. Perhaps, from Diana’s history, we can learn something of the human capacity for survival and the ability of hope to bring us through even the darkest days.” - Steve Allen, comedian, first host of the Tonight Show, Hollywood icon, composer, musician and author of 54 books

You have subscribed to alerts for Diana Michael.

You have been added to Diana Michael's favorite list.

You can also sign-up to receive email notifications whenever Diana Michael releases a new book.