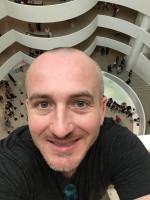 To a casual observer, I may appear to be a fully functioning member of society with an advanced degree, a fulfilling career, loving friends and family, and an obvious midlife crisis that I’m overcoming by trying something new – writing. Previously I hardly ever enjoyed writing, often times even disliked it, and occasionally even, yes, the H-word-ed it. A few years ago my attitude toward this creative art started changing. I guess, having mastered writing shopping lists, Facebook posts, and whatever-nots they required in school, left its mark. And now I scribble, cross out, replace, re-write, curse, rearrange, and jump out of the bed in the middle of the night to note down a thought on daily basis. I admit – the craft of writing makes me whole.
I am originally from the Czech Republic, and have lived in the USA since 2003. I studied Russian language and literature and at University of Texas at Austin and at Charles University in Prague; and have been teaching world languages for about twenty years. My writings have been predominantly academic, and the memoire Matylda: And I Thought Everyone Drives a Limo in Amerika is my literary debut. I currently live in Seattle, WA.

Where to find Filip Zachoval online 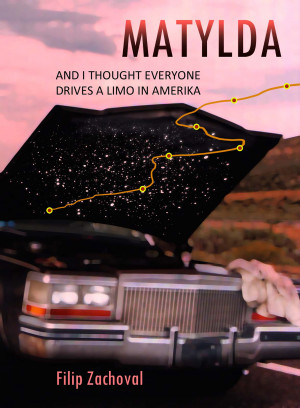 Matylda: And I Thought Everyone Drives a Limo in Amerika by Filip Zachoval
Price: Free! Words: 52,890. Language: English. Published: December 12, 2016. Categories: Fiction » Biographical, Fiction » Coming of age
This memoir tells the story of an American road trip through the eyes of a young Czech man as he travels from coast to coast with a half-dozen Central Europeans in a broken-down limousine named Matylda. Along the way he encounters friendly strangers, skittish cops, and some unexpected realities of the melting pot he’s heard so much about.

You have subscribed to alerts for Filip Zachoval.

You have been added to Filip Zachoval's favorite list.

You can also sign-up to receive email notifications whenever Filip Zachoval releases a new book.