Gabrielle Arrowsmith was born to her loving parents on August 16th, 1988. She grew up in the small town of Ham Lake, MN enjoying soccer, school, and adventuresome play with her brother and cousins.

As she grew older, her desire to write led her to fill many diaries and notebooks with her thoughts, poems, stories, and scripts. Her other childhood hobbies included reading, playing soccer, acting, and playing piano.

Gabrielle recalls high school as the time when she first believed in the worth of her writing. Her AP Language and Literature course both challenged and celebrated her craft. She aimed for perfection in this course, but only so much as to allow time for her other college-level courses, soccer, track, NHS, and school plays. She graduated in 2006, earning Advanced Placement Scholar with Distinction recognition and the Triple A Award for outstanding performance in academics, athletics, and arts.

Gabrielle is currently teaching and pursuing her passion for storytelling through writing and acting. She enjoys reading, playing and coaching soccer, and spending time with family, friends, and her adorable pets!

Where to find Gabrielle Arrowsmith online

Concealed in the Shadows by Gabrielle Arrowsmith
The Concealed in the Shadows series takes the reader on an emotional journey as eighteen-year-old Sydney fights to be with her little sister and others she loves in a free society she never knew existed. The perils she faces are as numerous and shocking as the secrets she unearths about the oppressive county and its merciless leaders. Freedom is only attainable through great sacrifice; is Sydney brave enough to persevere?

Concealed in the Shadows
Price: Free!

Released from the Darkness
Price: $2.99 USD. 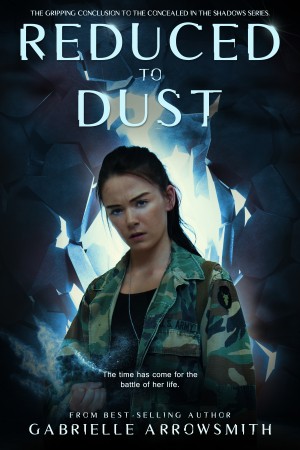 Reduced to Dust by Gabrielle Arrowsmith
Series: Concealed in the Shadows. Price: $3.99 USD. Words: 95,960. Language: English. Published: December 21, 2015 by Clean Teen Publishing, Inc.. Categories: Fiction » Young adult or teen » Science Fiction, Fiction » Young adult or teen » Adventure
The commander devastated the town of refugees and, to wound Sydney more deeply, seized her family. The suffering has to end, and only Sydney has the unique knowledge and connections to bring down the cruel leaders of the oppressive system. The time has come for the battle of her life—one that will claim many. Even if she survives, will her heart endure the choices she will be forced to make? 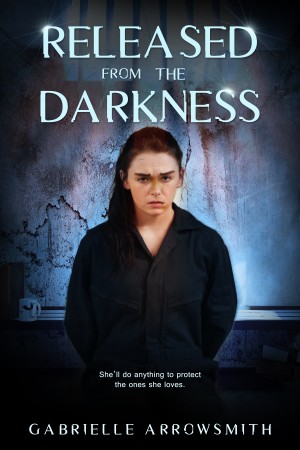 Sydney alone knows the magnitude of the county’s evildoings inside, outside, and now below. At only eighteen, the responsibility to defend freedom falls solely on her tried and tested shoulders—a burden that requires desperate action when a catastrophic revelation upends the world as she knew it. 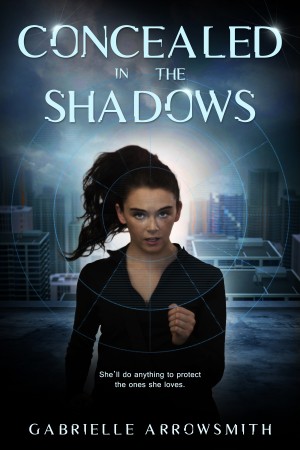 Sydney Harter has long awaited September 12th, 2033—her eighteenth birthday. She can finally apply for guardianship of her sister, who is her only family and entire world. She hopes they will be lawfully reunited, but is prepared to defy authority and risk everything to escape the captivity of Miles County so that they can be together.

You have subscribed to alerts for Gabrielle Arrowsmith.

You have been added to Gabrielle Arrowsmith's favorite list.

You can also sign-up to receive email notifications whenever Gabrielle Arrowsmith releases a new book.