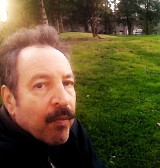 Gary Aker lives in Portland, Or, where he pursues dance and photography, as well as his usual and unusual writing duties. He has published two novels, "Delusion" and "North Of Likely," which comprise a two-part series.

His great uncle, on his mother's side--by marriage, not by blood--is in baseball's Hall of Fame. His mother was an ER nurse and community theater actress. His father was a nuclear submarine design engineer. Born in Chicago, reared in Pittsburgh, he is proud to have dropped out of both Penn State and the University of Colorado in Boulder.

Three of the characters in, "Delusion," are prominent in his second novel, "North of Likely." It is not a traditional sequel, as the hero of the first, "Delusion," is not present in, "North of Likely," but is only mentioned off page. The hero of, "North of Likely," is a supporting character in, "Delusion." Paul Steiner and Alicia Mannion are prominent in both novels. One could say the two part series tells the 165,000 word story of Secret Service agent, Bob Taggart, who evolves into the criminal, John Taylor, before realizing his fateful end, following the parameters of the Hero's Journey.

"North of Likely" was developed through a writer's workshop, as well as his first crime novel, "Delusion."

He is currently working on a semi- autobiographical work of fiction, in the spirit of Jerzy Kosinski's, "Steps," whereby the chapters are virtually stand alone, and are not presented in chronological order, but form a mosaic whole.

He is also crafting his third crime novel, "The Black Pearl Necklace," starring, James Whitecarol--the junky, dumpster-diving, defective detective who lives in his office in San Francisco's Tenderloin. An excerpt from the novel-in-process appeared in, "The Alberta Street Review," Volume Two. The novel features a very unusual character who shares narration: a priceless, 18th century necklace strung from uncultured black pearls and round, gem-cut diamonds. The mysterious, one-of-a-kind, inanimate object lends the sardonic, transcendent, omnicient view of things, in succinct spacer chapters, strung into the novel like the diamonds in between the raw black pearls.

Mr. Aker has penned the following types of work for real cash money: advertising, both display and radio ads, public relations and brochures for profit and non-profit companies, numerology charts, actor and band bios, poetry, short stories, hundreds of articles on the following subject matter--band and music event reviews/previews, movie reviews, theater reviews, restaurant reviews, interviews, columnist social satire, political satire, absurdist humor, and investigative to name some over the years. When he writes a novel, he brings all of the above, living and writing experience, to his work, plus his childhood writing dreams hatched by his mother who was an avid fan of the crime novel and mystery/suspense.

One of his best friends, and bigger heart throbs from the 90s, was B-movie actress, Gabriella Hall, AKA, Laura Saldivar. She is his mind's eye model for the female protagonist of the same first name in, "The Black Pearl Necklace."

What's the story behind your latest book?
"North Of Likely," the sequel to "Delusion," downloaded into my brain in one night. The main character, John Taylor, had supported the three principals in "Delusion," but he was known as Bob Taggart—the ruffled, disgruntled, sarcastic Secret Service Agent who lures hero Brad Jamison into the counterfeit scam. I had Taylor’s voice, his back story for the nearly five years in between, and his set up, working security for a crime boss out of Reno, all at once, streaming inside my head. The rest was easy . . . except my idea to share narration between three major character in first person—the hero, the female protagonist, and the anti-hero. In the end, I knew I had something unique. Publishers wanted to change it back to a conventional, nom-de-boredom, third person omniscient narration. But I was undaunted.
What motivated you to become an indie author?
It really comes down to integrity of the artistic work. There was a lot of risk taking in both "Delusion" and "North of Likely." "Delusion" has poetic sections of narration combined with the perversion and passion of a gambling and sex addict, chasing both through the casinos of Las Vegas. In "North Of Likely," I wanted the entre story to flip one hundred and eighty on a relationship between two women—a good girl and a bad girl—told through the eyes of the good girl. And, I did not want to cut any corners.

Marketing has become the biggest issue. And legitimacy. I struggle with both.
Read more of this interview. 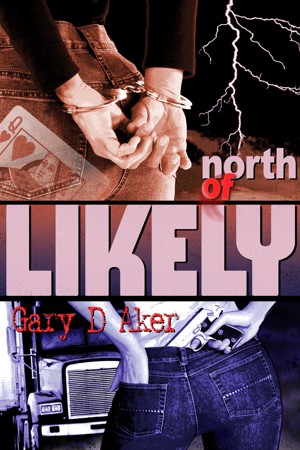 North Of Likely by Gary D Aker
Series: Steiner's Major Crimes, Book 2. Price: $4.99 $2.00 USD. (60% off!) Words: 87,270. Language: American English. Published: February 9, 2013. Categories: Fiction » Thriller & suspense » Action & suspense, Fiction » Thriller & suspense » Crime thriller
John Taylor is a former Secret Service agent who’s crossed over to the criminal side. He went up against the wrong people in Vegas and was run out of town. He’s holed up in Northern Nevada, working for a Reno crime boss. But he’s still got some moves. “Do they realize they’re up against the most unpredictable agent ever fielded by any government agency in pursuit of the common criminal?" 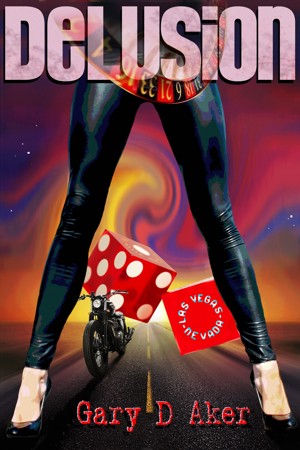 Delusion by Gary D Aker
Series: Steiner's Major Crimes, Book 1. Price: $4.99 $2.00 USD. (60% off!) Words: 81,400. Language: English. Published: January 2, 2013. Categories: Fiction » Thriller & suspense » Action & suspense, Fiction » Thriller & suspense » Crime thriller
He thought he was going to get ten thousand for three days work. But, you don’t get ten grand for delivering groceries. Instead, the out-of-work actor got the adventure of a lifetime, chasing his exotic dancer girlfriend and a legendary con man through the casinos of Las Vegas in pursuit of the delusion. This novel is the first of a two-part series with its sequel, “North of Likely." Crimerotic.

You have subscribed to alerts for Gary D Aker.

You have been added to Gary D Aker's favorite list.

You can also sign-up to receive email notifications whenever Gary D Aker releases a new book.