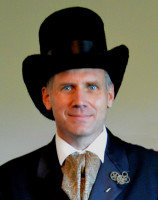 Gary White grew up in a small rural town in western North Carolina where he has taught Visual Arts in a local high school since 1991. He is a Christian writer, artist, and speaker who enjoys reading, watching good movies, building things, and being with his growing family.

What is your writing process?
I have so many ideas in my head that I have to focus on one and then ask the question: If this person lived in this time and had access to these resources and abilities, what would they do if this happened?
Then I lie awake at night running through all the possibilities, and finally I start writing some of it down. I usually start at the beginning and just work my way forward. I don’t usually know the specifics of what I am going to tell in the story, just a basic framework. For example, in the book I am working on now, in 2018, I know the first four chapters, I know something that is going to take place in the middle of the book, and I have a basic understanding of where it will end. Now I just have to fill in the gaps.
It is funny. My first novel, The Heirloom Complex, was going to be written primarily from the point of view of William Moreland. But early on, Helena Morgan’s character just sort of took over the lead role, so I told her she could have it.
How do you approach cover design?
I was drawing long before I could read or write. My bachelor’s degree focuses on the visual arts, and I have had a love for photography and graphic design for years. For The Heirloom Complex I wanted a steampunk/Neo-Victorian look that also conveyed the idea of who our heroine is. A young lady who attends my church was gracious enough to pose for the image, and she has the general look of Helena. I did have to change her eye color. I tried to make the title and author’s name very simple and clear so it could be read easily on a small device. I usually photograph several images and then composite them to create a graphic.
Read more of this interview. 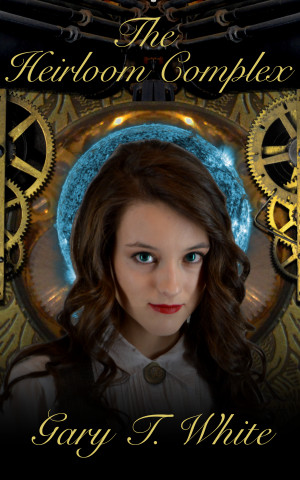 Hundreds of years after the Great Collapse of the late 21st century, a New Industrial, Neo-Victorian society has emerged. Helena Morgan, while traveling to her father’s home in the Appalachian Province by train, is singled out for abduction. Her mysterious rescuer produces more questions than answers. Can Helena and her companions deliver themselves from the Heirloom Complex?

You have subscribed to alerts for Gary T. White.

You have been added to Gary T. White's favorite list.

You can also sign-up to receive email notifications whenever Gary T. White releases a new book.