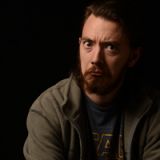 Garrett Robinson was born in Los Angeles, California. Throughout his childhood and into adulthood, he was encouraged to learn by his parents, who not only ensured he had access to thousands of books whenever he wanted, but who traveled with him around the world and helped him do so once he was out in the world on his own. Throughout high school, Garrett excelled in creative writing, churning out millions of words and far surpassing all of his classmates. After school, Garrett discovered a love of, and has had a budding career in the independent film industry. In today's digital age, however, he has discovered that new creative models are necessary to succeed. To that end, he has begun turning all of his film ideas into self-published books, in hopes of drumming up support and readership for the stories he has created.

Where to find Garrett Robinson online 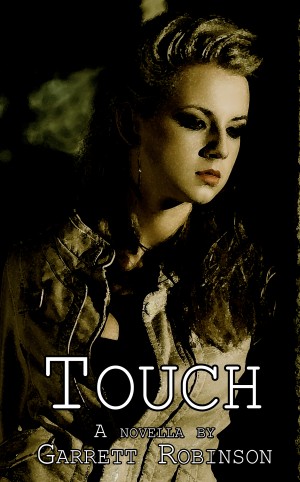 Touch—A Novella by Garrett Robinson
Price: Free! Words: 11,300. Language: English. Published: May 22, 2014. Categories: Fiction » Science fiction » General
A gripping psychological thriller with contemporary science fiction elements. Sally has the ability to see the thoughts of others when she touches their skin. It's turned her into a recluse, until a friend is killed and Sally's gift provides the only hope of finding the murderer. 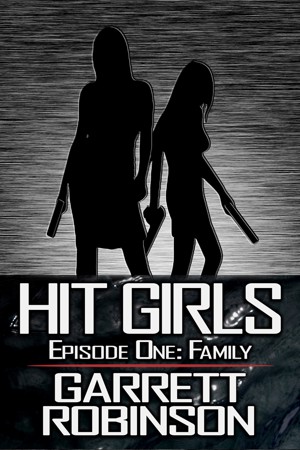 Hit Girls: Episode 1 by Garrett Robinson
Price: Free! Words: 14,130. Language: English. Published: June 11, 2013. Categories: Fiction » Adventure » Action, Fiction » Thriller & suspense » Spies & espionage
The serialized thriller is here, featuring two of the most unexpected assassins you'd better hope you're fortunate enough to never meet. Jessie and Nikki are women in a man's world, but don't tell them that. Two of the most beautiful and deadly assassins for the world, their looks and their smarts are their best weapons. 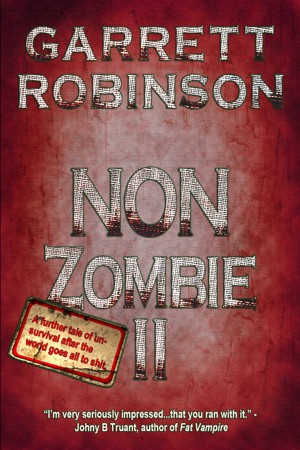 Non Zombie II by Garrett Robinson
Price: $2.99 USD. Words: 27,120. Language: English. Published: April 26, 2013. Categories: Fiction » Humor & comedy » General, Fiction » Horror » Undead
Cliff was just an ordinary nerd in the middle of the zombie apocalypse. He saw all the movies; he knew how to handle himself. But despite his best efforts, one day he got bit. He woke as a zombie - but not really. He was still in control of himself, and could still think, though he had no idea why he didn't turn like everyone else. Cliff, Cheryl and Luke now face a new threat: civilization. 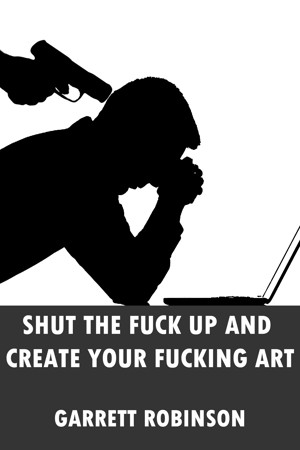 This little kick in the ass might be just what you need to stop resting on your non-existent laurels and produce your first piece of art. And sell it, too. The top three reasons people never finish a novel or a film are all bullshit, and here's the reasons why. 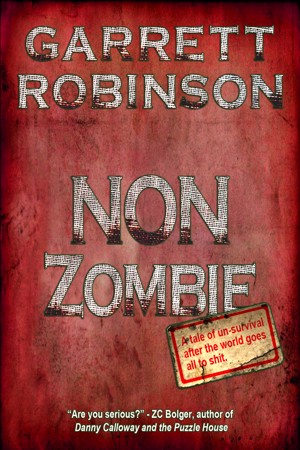 Non Zombie by Garrett Robinson
Price: $2.99 USD. Words: 20,100. Language: English. Published: April 16, 2013. Categories: Fiction » Humor & comedy » Satire, Fiction » Science fiction » Apocalyptic
Cliff is just an ordinary nerd in the middle of the zombie apocalypse. Overnight, he's gone from societal reject to apex predator. He knows the drill. He keeps his family safe. He's on top of the world. Until he gets bit. The next morning, Cliff wakes up a zombie. Only, not. He can't feel, he can't bleed or die, but he can still think. Will Cliff and his family figure out what's happened to him?

You have subscribed to alerts for Garrett Robinson.

You have been added to Garrett Robinson's favorite list.

You can also sign-up to receive email notifications whenever Garrett Robinson releases a new book.