George and Carmela Cunningham are husband and wife with a love of both history and books. Both were late bloomers.

George grew up in Florida. He worked as a surveyor for the state, was a construction inspector on a bridge-building project, painted buildings, flipped burgers, held a job as a draftsman, and worked in a variety of other blue-collar occupations. He served in Vietnam as a paratrooper in the 173rd Airborne Brigade, received a degree in journalism from the University of Florida, and worked for twenty-seven years as a writer and editor at newspapers in Florida and California.

Carmela grew up in Southern California in a strong Italian-American family, where macaroni was a daily dish and Sunday breakfast lasted until late in the afternoon. She worked selling ads at the Register newspaper, writing for a legal newspaper, and escorting press and producing internal publications at Rockwell’s B1B division. She left the corporate world to study history and received her degree from UCLA in 1991. In 1995, she wrote Information Access and Adaptive Technology, which became the premier book for providing computer access and services to students with disabilities.

The Cunninghams have been together since 1978, but didn’t marry until 1995. They were the founders and publishers of The Cunningham Report – a weekly newsletter on trade and transportation – which debuted in 1996 and closed fifteen years later. During that time, Carmela also worked as the chief operations officer for UCLA’s Institution for Digital Research and Education.

George and Carmela live in Long Beach with their 14-pound Yorkie, Henry.

Where to find George Cunningham online 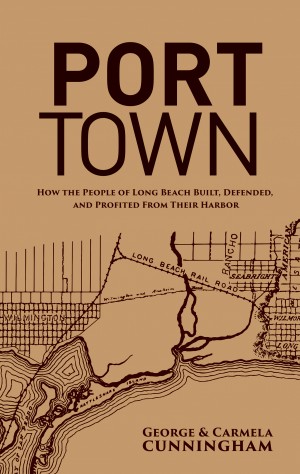 You have subscribed to alerts for George Cunningham.

You have been added to George Cunningham's favorite list.

You can also sign-up to receive email notifications whenever George Cunningham releases a new book.