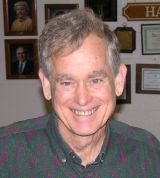 George Johnston graduated from Yale University, where he majored in philosophy hoping to find truth and deeper meaning in life. Then in 1962 he began to practice meditation and to read the spiritual writings of Paramahansa Yogananda. Through attunement with Yogananda, meditation and the teachings of yoga, which are rooted in experience of God and not based on speculation, he found what he was searching for. He began to teach the sacred science of yoga, lead meditations, and teach the postures of hatha yoga, which he has done for over fifty years. George and his wife, Mary Ann, lived in the Clear Light Community at Song of the Morning Retreat from 2001 until 2016, when they moved to Onekama, Michigan.

In 2002, Jesus, accompanied by four other masters, appeared to Mary Ann in ethereal light and form and, while mentally conversing with her, informed her that she should write books about her experiences. For several years, they discussed a wide variety of topics, and in answering her questions, Jesus gave her much information for humanity. She has written three books that contain his guidance for individual, social and national well-being, as well as profound truths about God, the astral and causal realms, karma and reincarnation, heaven and salvation, oneness, and the divinity within the soul.

George’s free ebook, Spiritual Teachings for Our Times, is based primarily on spiritual truths in Yogananda’s writings and those received from Jesus by Mary Ann and two other authors who have received messages from him. Many of these truths were taught thousands of years ago by Krishna and Hindu sages and some by Buddha. In early Christianity some were accepted, and some are also found in the writings of Teresa of Avila and John of the Cross, who described the union of the soul with God. By reading and contemplating Yogananda’s writings and Jesus’ new teachings, the true meaning of Jesus’ words in scripture and those of other saviors becomes apparent, and misconceptions that in the past have caused discord and even war between followers of different religions are dispelled. George hopes that all who follow different spiritual and religious paths will study Jesus’ new teachings, come to understand and accept them, and that the creeds and beliefs of various religions will eventually be modified to more accurately reflect reality and thus shine as individual facets of the one diamond of universal truth.

As we enter an age of greater love and deeper understanding of spiritual truth, we are greatly blessed that new teachings from Jesus, the writings of Yogananda, and the divine presence of Babaji and other masters who are here on earth have been given to us to open our hearts and minds and guide us. Their inspiring words address our spiritual and material needs as individuals and nations in this modern world of rapid technological and social change.

Where to find George Johnston online 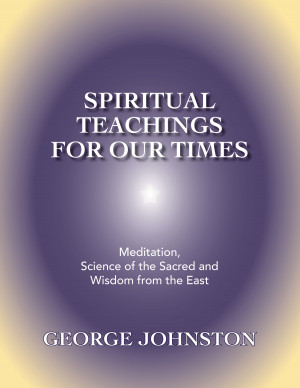 Spiritual Teachings for Our Times by George Johnston
Price: Free! Words: 39,860. Language: English. Published: September 19, 2012. Categories: Nonfiction » Religion & Spirituality » Essays, Nonfiction » Religion & Spirituality » Eastern mysticism
This book integrates the wisdom of the East with new teachings from Jesus. It explains meditation and the nature of God and the Self. Among the many topics covered are the sacred science of yoga, the power of love, the origin of the ego, the meaning of the Garden of Eden story, and how to cultivate intuition. Several current metaphysical teachings are evaluated.

You have subscribed to alerts for George Johnston.

You have been added to George Johnston's favorite list.

You can also sign-up to receive email notifications whenever George Johnston releases a new book.