Sebastian Jaymes grew up on the “North Coast" of America near Lake Erie.
As a live show producer he has put together shows on exotic islands, Castles, Archaeological ruins, and exotic some-times dangerous locales in the Middle East, Europe, Asia, Japan, Russia, the Caribbean, and around the world. Over the years he has worked with countless celebrity entertainers in Hollywood and worldwide.

At a very early age, Jaymes decided he wanted to see the world. At the age of nineteen he began to realize that goal first as a roadie, then tour manager for two hit rock n roll bands. (One from Cleveland.) In the latter 1960's, Jaymes worked with an up and coming North Coast horn band that took him on a wild ride through the 60's counter culture. Settling in California in the early 1970's, he found himself in the mainstream of the Los Angeles entertainment industry, at first as a roadie, or a PA on network TV variety shows. He moved on to tour management of various celebrity artists, touring the world over and realizing his childhood dream to see the world on someone else's dime.

For the next fifteen years, he hired out as a Freelance producer of large corporate events in many exotic locales around the world. ("I wanted to continue traveling internationally, so in between producing assignments I took on freelance projects as a live show technical director for corporate, TV, and live shows all over the world.")

As freelance opportunities all but dried up in the economic slowdown of 2008, he furthered his previously established involvement with USO on celebrity entertainment events at military bases and in combat zones around the world.

He has a passion for Archaeology and American Civil War history and has visited Civil War battlefields, ancient ruins, and museums around the world on his own dime. Jaymes currently lives in Southern California, writes books and screenplays, and has often been part of a USO team that puts together entertainment events for military families around the world.

James’ trilogy: “Memoirs From The Road To Everywhere“ Vol. I-III takes the reader around the world with him from childhood to adult hood as his life progresses.

His latest book about a bigger than life character in the world of Rock n Roll touring is due to be released in early 2020.

What is your e-reading device of choice?
I have been using Kindle
What's the story behind your latest book?
My first book Memoirs From The Road To Everywhere Vol I, is about growing up on the North Coast near Cleveland, my rich early family life and childhood experiences, and how I fell into the entertainment business at 19 as the tour manager for two hit rock n roll bands. I'm working on the second one, Vol II now. It's about my years working in the mainstream of the entertainment business based in the Hollywood / Los Angeles area. Vol II will be about the years I spent as a producer of live events in exotic locations around the world.
Read more of this interview.

Where to find Sebastian Jaymes online

Memoirs From The Road To Everywhere Vol I The Road To Rock n Roll by Sebastian Jaymes
Sebastian Jaymes grew up dreaming of seeing the world on someone else's dime. This is his journey to achieve that goal. Vol I spans the years from childhood to Rock n Roll and begins with a loving family, a journey through Parochial education, then the public school system learning to face down thugs and bullies on a trip through high school hell. Then a friend since second grade becomes a rock star and it opens up the door for him to get involved at the dawn of Rock n Roll touring, first as a roadie, then as a tour manager, then on a wild ride through the tail end of the1960's counterculture before landing in the mainstream of the entertainment industry in 1970's Los Angeles. Vol Ii - about the mainstream years at the top levels of the industry to follow in early 20018.

Memoirs From The Road To Everywhere Vol II Wild Boys and Girls Of The Road
Price: $4.50 USD. 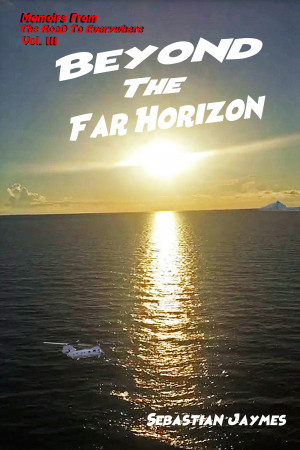 Memoirs From The Road To Everywhere Vol III Beyond The Far Horizon by Sebastian Jaymes
Price: $4.50 USD. Words: 85,970. Language: English. Published: May 30, 2019. Categories: Nonfiction » Biography » Adventurers & explorers, Nonfiction » Entertainment » Biography
Book III of the "Memoirs From The Road To Everywhere" trilogy is about a boy who dreamed of seeing the world and became an adult that did just that both professionally and in his personal life. Come share the adventures. 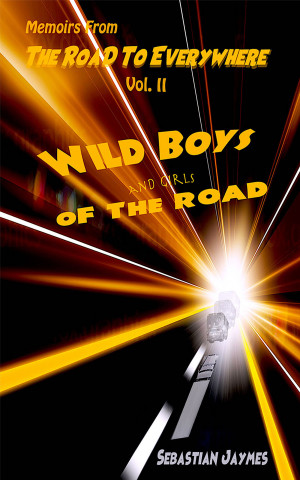 Memoirs From The Road To Everywhere Vol II Wild Boys and Girls Of The Road by Sebastian Jaymes
Series: Memoirs From The Road To Everywhere Vol I The Road To Rock n Roll. Price: $4.50 USD. Words: 113,620. Language: American English. Published: July 18, 2018. Categories: Nonfiction » Biography » Adventurers & explorers, Nonfiction » Entertainment » Entertainment industry
Vol II Author Sebastian Jaymes Trilogy about the adventures he finds as he works his way around the world "on someone else's dime" in the entertainment industry. 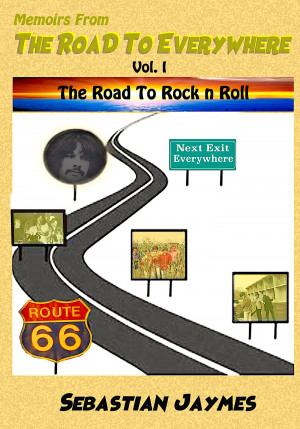 You have subscribed to alerts for Sebastian Jaymes.

You have been added to Sebastian Jaymes's favorite list.

You can also sign-up to receive email notifications whenever Sebastian Jaymes releases a new book.