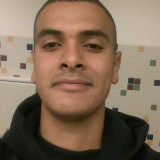 Welcome to my humble little page where I am building my self-publishing business. Ever since I was in grade school I loved the art of writing. As a compulsive TV/movie/book addict, I always wanted to tell my own stories. So I started working on my first novel way back in high school, several really, but none that pleased me.

Finally, I picked a story I believed would connect with people and also test my limits as a writer. Thus, my first book "Reverence" was born. Ever since I discovered the wonders of self-publishing, I realized we live in an age where authors do not have to beg at the feet of big publishers to see the light of day. Though it takes A LOT of hard work and dedication (and unmentionable amounts of coffee), I find writing my stories probably the most fulfilling experience in my life.

This page will detail my works as they are published, starting with "Reverence Volume 1" which was published early 2016 but was re-released in December. My books touch on a lot of topics that I find relevant in our world today, among them war, poverty, political apathy, family, all wrapped in engrossing sci-fi epics with plenty of action and touches of humor.

That being said, let the books speak for themselves and check them out.
Please like, share, and thank you for all the support guys!

Where did you get the idea for your most recent book?
A number of things really, but some of the top things off the top of my head would be the films "Children of Men", "V for Vendetta", and "Blade Runner". Not only are all of these fantastic films, but they all comment on different aspects of society which I definitely wanted to do in my work. As for the character of Will Marconi himself, I drew the biggest influence from Alucard from the Hellsing series and Roland from King's The Dark Tower. Both are anti-heroes that do unsavory things to get what they want, and yet at the same time the audience can still feel for them.
What are you currently working on?
My God, a whole lot! I've already written a sequel to Reverence which is currently in the editing phase. That will take about six to seven weeks and after that comes cover design. People can expect to see it released by April 2017 I'd say. I'm also in the works of writing a prequel the Reverence saga. I can't say much, but what I can say is that you can definitely expect it to be released this year as well.
Read more of this interview.

Where to find Joshua Landeros online

Reverence Interview
An interview with Reader Views I did earlier this year!

You have subscribed to alerts for Joshua Landeros.

You have been added to Joshua Landeros's favorite list.

You can also sign-up to receive email notifications whenever Joshua Landeros releases a new book.