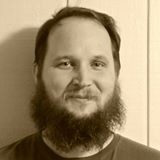 I travel a lot for a living, and have time in the evening to read, and i love fantasy stories, and bible study. I have been an Unamended Christadelphian all of my life, and intend to remain so for the rest of my days.

Where to find Jesse Davis online

You have subscribed to alerts for Jesse Davis.

You have been added to Jesse Davis's favorite list.

You can also sign-up to receive email notifications whenever Jesse Davis releases a new book.