I am Mark Steven O'Neill, and only use the Steven to help differentiate myself from three other Mark O'Neills living in Omaha. A life-long resident of Omaha, Nebraska, I was thankfully educated by the Jesuits at Creighton Prep, graduating in 1972. I received my B.S.B.A. from the University of Nebraska at Omaha at the age of twenty-five, A few hours of theology at Creighton University in my early thirties was the last of my formal education.
I have survived childhood sexual abuse, manic-depression, grand mal epilepsy, homelessness, assholes, paraquot, heroin, lsd, opium-laced hash, mescaline, pcp, psychedelic mushrooms, cocaine, white crosses, thorazine, lithium, xanax, ninety-seven chigger bites at one time and in one place, ditch-weed brownies, three days in five-point restraints, six arrests, the clap, the crabs, seventeen fist fights, an abortion from a marriage to a woman who is in the U.S. Marshal's Witness Protection Program, Blatz Light, bad music, one car wreck resulting in temporary paralysis and two spinal surgeries, cab driving, bouncing, pipe covering, more assholes, multiple sclerosis, and the Will of God. Now that's an education!

Where to find Mark O'Neill online 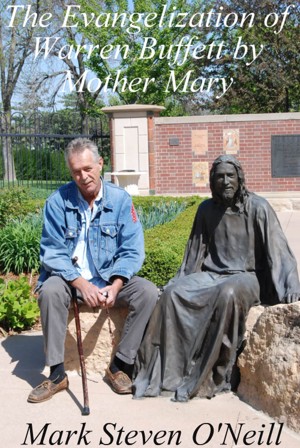 The Evangelization of Warren Buffett by Mother Mary by Mark O'Neill
Price: $1.99 USD. Words: 18,050. Language: English. Published: April 12, 2012. Categories: Nonfiction » Religion & Spirituality » Inspirational
A stone artist in Međugorje created for Warren the world's most powerful rosary. I agreed to courier it to Warren in Omaha. Failing, in prayer Mom suggested a business proposal: start a non-profit, make a wager with Warren that an apparition will occur on September 9, 2012, set an apparition record, and organize a music festival for Mother in Mostar. What are you doing this summer? Wanna' help? 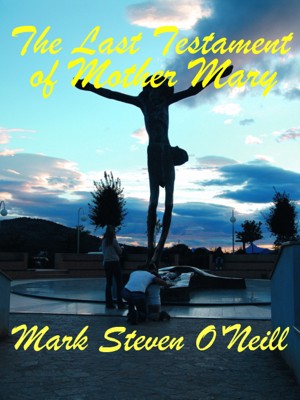 The Last Testament of Mother Mary by Mark O'Neill
Price: $1.99 USD. Words: 41,320. Language: English. Published: April 6, 2012. Categories: Nonfiction » Religion & Spirituality » Inspirational
In Medjugorje, Mother Mary has been appearing since June 24, 1981, to six Croatians. Through these six visionaries, Mother Mary has guided us on a path of spiritual conversion. She has said this is the last time she will ever appear, ending a historic run of Church-approved apparitions. You may rest assured this loving last testament has been authored by one well attuned to our Mother's voice.

You have subscribed to alerts for Mark O'Neill.

You have been added to Mark O'Neill's favorite list.

You can also sign-up to receive email notifications whenever Mark O'Neill releases a new book.