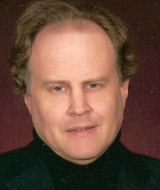 Gregg Wager has been composing music since 1975. His works include Adjacent Lines and Equal Parts and an opera, Where is Frank Mallory... He is the author of Symbolism as a Compositional Method in the Works of Karlheinz Stockhausen and Music Since 1975: Cultural Psy-Ops, Genuine Mavericks, and Other Trends in the Post-Vietnam Era.

What are your five favorite books, and why?
I read books in English and German and recently finished rereading Günter Grass's Danzig Trilogy. I was especially taken by the third book, Dog Years (Hundejahre). It was clearly his most ambitious and in a way forgotten book. I have never experienced a story so complex which eventually simplifies through symbols and revealing "true" identities. All the while, the morality of the past century is in play.
Second, I was taken early in my life with James Dickey's Deliverance, probably because the movie was so compelling, but it also introduced me to dark imagery and evil forces of nature.
Third, Aldous Huxley's Brave New World makes a bold statement as a dystopian novel written in a deliberately experimental style, but beyond that, still helps me appreciate how passion can isolate you from society, although this need not end tragically as it does in the book.
Fourth, A Christmas Carol by Charles Dickens stands as the first book I ever tried to read cover to cover. I was in the third grade, but even before that, I wore out an LP of a 1940s radio drama with Basil Rathbone as Scrooge. I read this book every Christmas (in English and in a German translation).
Finally, I'll mention all the monster-sized reading that I have done since high school, including the Bible, all those cases I read in law school, German Philosophy (especially Kant, Hegel, Heidegger, and Gadamer), and the complete works of William Shakespeare, James Joyce, Kurt Vonnegut, Marquis de Sade, Ian Fleming, and Mario Puzo.
What do you read for pleasure?
I like to believe I am careful enough to get through conspiracy books without twisting myself on hoaxes and falsehoods. When you are convinced that certain things you read and hear can be deliberate lying, the search for truth becomes an adventure. This was especially true when I was in law school and realized how lawyers create their own special drama. Vincent Bugliosi's Helter Skelter emerged as a compelling piece of pure fiction at this time, although I knew of no other law students who shared my passion for false narratives passed off as truth in the legal world.
Read more of this interview.

Where to find Gregg Wager online 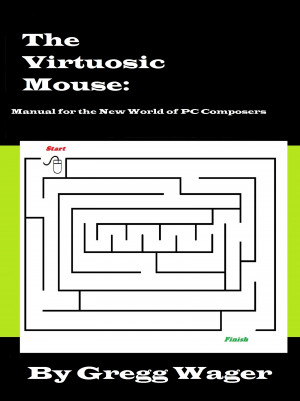 You have subscribed to alerts for Gregg Wager.

You have been added to Gregg Wager's favorite list.

You can also sign-up to receive email notifications whenever Gregg Wager releases a new book.