Greg Klerkx is a London-based writer and producer who began his career as a journalist in Southern California, where he won awards for commentary, feature and investigative writing. His first book, Lost in Space – an alternative history of the Space Age - earned favourable reviews in the Guardian, Times Literary Supplement, Evening Standard, New Statesman, Los Angeles Times, The Wall Street Journal, and the New York Review of Books, among others. Published in six countries, Lost in Space was named among the best books of 2004 by the Independent and the San Francisco Chronicle. The Emissary is his first novel.

Give us a snapshot of your writing background.
I started out as a newspaper reporter in Southern California, covering everything from the police beat to investigative features to reviews and entertainment. It was fantastic; real old school newsroom stuff, probably the best training I can think of for a life in writing.

I’ve since written mostly science and technology journalism, a lot of it about spaceflight, particularly since my non-fiction book Lost in Space, which was a kind of alternative history of the Space Age. But I’ve also written a lot about radical life extension research, which certainly fed into The Emissary.
Where did the idea for The Emissary come from?
When I was 12 or 13, I read Michael Moorcock’s 1972 novel, Behold the Man, a very alternative look at the life of Jesus Christ. I was probably too young to read it, but perhaps that's why it stuck with me. What I took from the novel was how uncertain are the held truths on which so much history is built, and how the fictional can become even more powerful than the real. Moorcock’s novel was definitely lurking somewhere in the back of my mind when I first sketched the Virgil character during a writing workshop in 2008 or 2009, which is the novel’s true beginning.

The novel also intentionally pays homage to a more classic work, The Odyssey...I've read the great poem several times along the course of my life and long wondered how it might translate into a dystopian setting. The Emissary isn't a blow-by-blow recreation of Homer's work (and I don't want to give too much away) but discerning readers of my novel will indeed find the Sirens, the Cyclops, etc., and mainly to the same purposes as Homer wrote them, though perhaps not in their expected forms.
Read more of this interview.

Where to find Greg Klerkx online 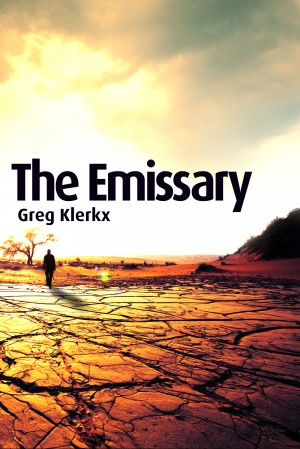 The Emissary by Greg Klerkx
Price: $1.00 USD. Words: 108,250. Language: English. Published: November 3, 2014. Categories: Fiction » Science fiction » Utopias & dystopias
In the scorched wastelands of North America, a devout militant sect known only as the People wins battle upon battle for the glory of their long-disappeared Prophet. No warrior is more willing than young Amon Tomasson. But Amon’s world unravels when he interrogates a ragged wanderer who could hold the key to the Prophet’s return. A 2014 Amazon Breakthrough Novel Award quarter-finalist.

You have subscribed to alerts for Greg Klerkx.

You have been added to Greg Klerkx's favorite list.

You can also sign-up to receive email notifications whenever Greg Klerkx releases a new book.