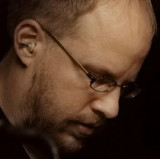 Gregory A. Wilson is a professor of English at St. John’s University in New York City, where he teaches creative writing, speculative fiction, and other courses in literature. He is the author of the epic fantasy The Third Sign (Gale - Cengage, 2009), the dark fantasy Grayshade, first book of The Gray Assassin Trilogy (The Ed Greenwood Group, 2017), and the RPG adventure Tales and Tomes from the Forbidden Library (Alligator Alley Entertainment, 2020). The second edition of his academic book, The Problem in the Middle: Liminal Space and the Court Masque, was published in 2019 by Clemson UP. He also has a number of published short stories in various anthologies. Learn more at GregoryAWilson.com.

Where to find Gregory A. Wilson online 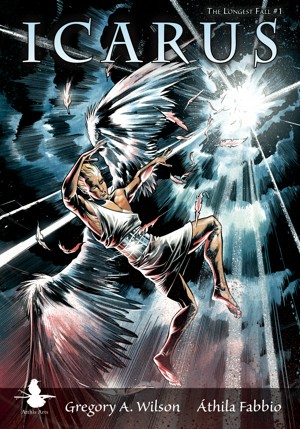 Icarus by Gregory A. Wilson
Price: $11.99 USD. Words: 280. Language: English. Published: November 10, 2020 by Atthis Arts LLC. Categories: Fiction » Graphic novels & comics » Fantasy
Icarus and Jellinek are two unlikely heroes: a winged young man who falls into a dormant volcano with no memory of anything but his name, and a flamepetal prospector down on his luck (and everything else). Together they must discover the secret of Icarus’s identity if they are to save their worlds from those who want his powers for themselves.

You have subscribed to alerts for Gregory A. Wilson.

You have been added to Gregory A. Wilson's favorite list.

You can also sign-up to receive email notifications whenever Gregory A. Wilson releases a new book.