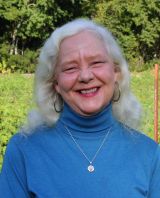 Greta Burroughs loves to read. No matter where she is, there is always a book close at hand. Her love of reading began at an early age and blossomed over time to include many different genres, her favorite now being fantasy.
As a preschool and elementary school teacher, Greta tried to instill the joy of reading in the children she worked with. Books were an important part of her classroom and story time was the highlight of the day.
It has been a while since Greta was in a classroom but she had lots of experience in reading to children of various ages and remembers what they enjoyed listening to. She tries to incorporate that knowledge into her work as an author and believes it makes her a better writer of children's and young adult books.
She now resides in SC with her husband, Robert and two dogs. Greta has six books published at the present time; three children’s books in the Patchwork Dog and Calico Cat series, two MG/YA fantasy entitled Gerald and the Wee People and House on Bo-Kay Lane, and a nonfiction account of her experiences with an autoimmune blood disorder called ITP - Heartaches and Miracles.
For more information on Greta's books visit http://booksbygretaburroughs.weebly.com/

Where to find Greta Burroughs online

You have subscribed to Smashwords Alerts new release notifications for Greta Burroughs.

You have been added to Greta Burroughs's favorite list.

You can also sign-up to receive email notifications whenever Greta Burroughs releases a new book.