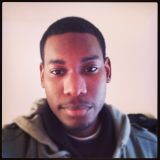 Gary A. Swaby was born and raised in Luton England. He was born with the blood disorder Sickle Cell Anemia and this made growing up very difficult for Gary. He grew to be a quiet and introverted individual due to how challenging it was to make friends who understood his condition. Gary picked up a number of different interests to keep him occupied through his lonely and painful upbringing. He always enjoyed reading and writing, and often dreamed of being an author in school. Teachers would tell him it wasn't possible for him to be an author, but he hoped one day he could prove them wrong.

After being introduced to artists such as The Fugees, Notorious B.I.G and Jay-Z by his brother in the mid 90's; Gary quickly fell in love with Hip Hop music. His passion for the Hip Hop culture steered him further away from the interests of the people from his social age group in Luton. People his age couldn't relate to his deep interest in Hip Hop and Americanized culture. Gary instead began to maintain friendships with people who also held a significant passion for Hip Hop music and culture. He made friends who shared his interests both locally, and in America. Gary's father had moved to Florida when he was the tender age of six months. He would later fly over to the United States and meet his father for the first time at the age of 23.

Today Gary A. Swaby is a web developer, Video Game & Hip Hop blogger and now a Self Published author. Though Gary has chosen to use his passion for Hip Hop in his work, he hopes to eventually expand on his writing and venture into new genres of Fiction (and Non-Fiction).

Where to find Gary Swaby online 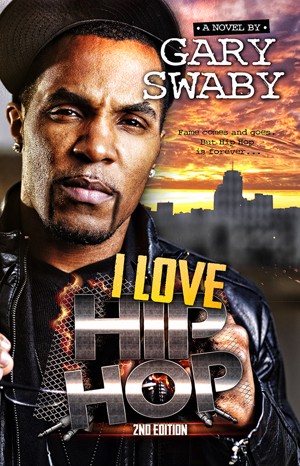 I Love Hip Hop by Gary Swaby
Price: $4.00 USD. Words: 68,710. Language: American English. Published: October 27, 2012. Categories: Fiction » African American fiction » Urban life, Fiction » African American fiction » General
Troy Parker is known as Thrill Ride the biggest Hip Hop artist in the world. He has a protege that can't leave the streets alone, a high maintenance fiancee, and an up and coming rapper gunning for his spot. On top of that his record label is millions of dollars in the hole and they are out to manipulate him. Troy must overcome the odds to secure his number one spot in Hip Hop.

You have subscribed to alerts for Gary Swaby.

You have been added to Gary Swaby's favorite list.

You can also sign-up to receive email notifications whenever Gary Swaby releases a new book.