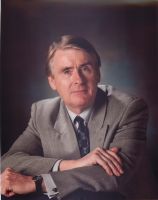 Guy Quigley was born in Ireland to a third generation thespian family. He was educated in Ireland, where he left the theatre and entered the business world. He is married with three children and currently has five grandchildren. As Sales Manager of a London (U.K.) based, direct sales, heating company from 1963-1965, he increased sales by 280%. He then formed one of the first direct sales double-glazing companies in England from 1965 through 1969 with sales exceeding millions of pounds sterling per annum. In 1969, he sold the company in favor of a joint venture with his wife (accountant) in a cattle estate in the Zambia, Central African. From 1970 through 1979, he built property to 40,000 acres with 5,000 head of cattle and imported 100 pedigree Semmintaler cattle from Bavaria, Germany via three Boeing 707 Skybarn aircraft, establishing the first pedigree Semmintaler stud in the south central African country. Having learned a local dialect, he established sales venues to buy indigenous African stock for resell to Anglo-American Corporation for stall-feeding. Until prohibited by the Zimbabwe liberation war, Guy owned and operated a real estate company in Salisbury (Harare City), Rhodesia (Zimbabwe) acquiring a Private Pilot’s License for his travel between cattle estates in Zambia and offices in Rhodesia. In his spare time, he wrote a fictional novel entitled, “The Smoke That Thunders”. He also wrote “The Little People" for his two daughters. With the ever present threatening situation of living in a host nation to a neighboring liberation war, eventually prompted departure. Guy ceased the entire operations due to the said explosive Liberation War in neighboring Rhodesia (Zimbabwe). His substantial assets were not transferable out of Zambia. In 1979, he started over once again and returned to London, England establishing a replacement double-glazing and York stone direct sale company. In 1983 he passed his interest to a long time friend. The corporation is still operating under the ownership of the new management. Guy started over yet once again and moved to the United States in August 1983 and became a consultant for Ophir International, Inc., where he developed one of the first lines of resemblance French perfumes in the United States. The company was relocated to Canada. From 1986 to 1989, as President of Ruyala Corporation, he acted in the capacity of Marketing Consultant for HA-RA Umwelttechnik, Belp/Bern, Switzerland, and an environmentally oriented company. Guy formed The Quigley Corporation in 1989, filed an S-18 registration and the company became a public entity on February 7, 1990, trading on the NASDAQ under the symbol (QGLY). After a 1991 meeting with a developer, the criterion was established for a patented cold therapy formulation, which he successfully marketed and sold in the US marketplace for over 12 years under the franchise name COLD-EEZE®. The product is still on the shelves of most outlets in the United States. After a bitter proxy fight in 2009 he lost control of the Company he created and retired on June 12, 2009. Guy’s writing has been of tremendous therapeutic value and a full circle return to his birthroots. He has written a new novel called The Rebel Son, which was originally one of his movie scripts. Information available at www.guyquigley.com He is the co-Executive Producer of the recently released movie called the “Magic Boys” filmed in London and Budapest and was an Executive producer of the “spoof” movie Breaking Wind. Information is available on IMBb. He has also completed a “short” possible TV pilot or wed-cast. Info also available on IMDb, or at www.bbflicks.com

Where to find Guy Quigley online 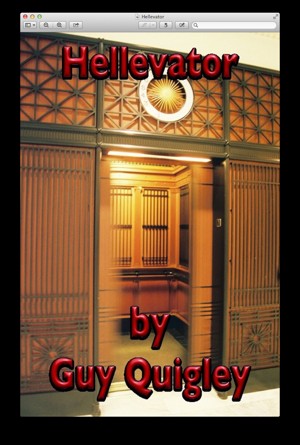 Hellevator by Guy Quigley
Price: $4.99 USD. Words: 30,670. Language: English. Published: November 20, 2012. Categories: Fiction » Horror » Occult, Fiction » Horror » Crime
a physiological horror thriller where unsuspecting guests take a terrifying elevator ride from the third floor of a mansion in the company of the devil and disappear underground to floor one hundred. Are they in hell or is this a dangerous international cult game, where modern day slavery exists and the death hunt is the name of the game and is the dark side false or does it really exist? 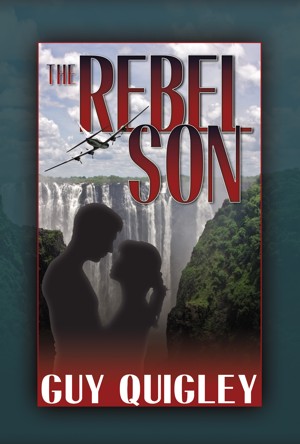 The Rebel Son by Guy Quigley
Price: $7.99 USD. Words: 79,000. Language: English. Published: November 15, 2012. Categories: Fiction » Romance » Action/adventure, Fiction » Plays & Screenplays » African
a violent adventure love story set in 1978 rhodesian bush war. the hunting trip of philadelphian jake fallon, an ex vietnam veteran, explodes when a commercial aircraft is shot down by terrorists and his friend is brutally killed. saved by and falling for sarah, a stunning african girl, he is pulled into the liberation war to find the truth about the mysterious woman he loves and the baby he lost.

You have subscribed to alerts for Guy Quigley.

You have been added to Guy Quigley's favorite list.

You can also sign-up to receive email notifications whenever Guy Quigley releases a new book.