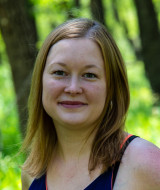 Erin (Thompson) Chase grew up in Lethbridge, Alberta, Canada, where she still lives. Erin began writing at an early age, and even though they were simply silly poems or school requirements, she loved it! This passion continued into adulthood, when she decided to try her hand at writing full novels. Erin’s debut novel, BEHIND PALACE WALLS, took several years to write and perfect. Since it’s an historical fiction set in Ancient Egypt, Erin knew she must go to Egypt and explore the pyramids, temples, and lay of the land for herself. She was able to tour the country for 12 days in 2010, before the Arab Spring.

BEHIND PALACE WALLS is available now in electronic and paperback formats. It has received only positive reviews from beta readers, with several inquiries as to when a sequel will be released (it’s in the works).

Erin is extremely excited to share her work with the rest of the world, and hopes you will be intrigued by the time period, captivated by the plot, cheer for the protagonist, and boo the antagonist as she did!

What's the story behind your latest book?
My debut novel, Behind Palace Walls, incorporates my love of Ancient Egypt, as well as the topic of adoption. I myself am adopted, and it has played a very large part in shaping who I have become today. I was able to combine the two issues, develop a very strong protagonist, and devise more than one nemesis, which we can relate to in some form or other.
What are you working on next?
I'm working on a sequel to my Ancient Egyptian historical fiction, Behind Palace Walls... The King's Court.
Read more of this interview.

Where to find Erin Chase online 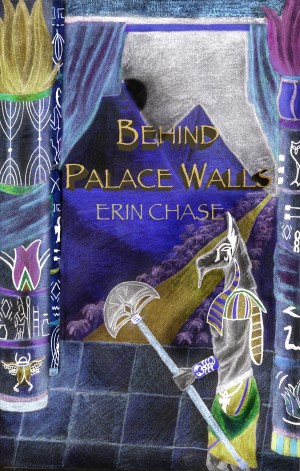 Given the opportunity to join Pharaoh's harem, would you? Sheshamun is an adopted fourteen-year-old girl living in a village along the Nile River in ancient Egypt. When Pharaoh’s Royal Wife takes a special interest in her, Sheshamun is chosen to be a member of Pharaoh Ramses’ harem. Once situated in the palace, she soon discovers the luxurious lifestyle is not at all how she had once imagined

You have subscribed to alerts for Erin Chase.

You have been added to Erin Chase's favorite list.

You can also sign-up to receive email notifications whenever Erin Chase releases a new book.