Updated: September 21, 2015
Greetings.
My name is Jerry Alatalo. I am an independent nonfiction writer and live on Lake Superior in Michigan in the United States. I attended Northern Michigan University and worked in the Chicago area for 22 years before starting writing in early 2012.

During the past decades I have studied many writings on the subjects of geopolitics and spirituality. The reading of Leo Tolstoy's nonfiction powerhouse What Is Art?, considered by Mahatma Gandhi to be Tolstoy's masterpiece, Gandhi's All Men Are Brothers, and Rolling Thunder by Doug Boyd about the Native American medicine man named Rolling Thunder had profound effects on me. The Third Millennium by Ken Carey, Confessions of an Economic Hit Man by John Perkins, A Course in Miracles by Helen Schucman, A People's History of the United States by Howard Zinn and many others in these genres would also rank high on my list of important books.

Through writing I join in oneness with many fellow men and women around the Earth in the effort to create a new paradigm based on and powered by unconditional love. I started to research and write books in 2012, discovering along the way that we are all in ultimate reality one with each other, one with the universe and one with our Creator/God.

I write on a range of important issues including economics, environment, GMO, money and banks, the media, war and peace, spirituality, etc. and propose solutions to problems in each of those areas.My motivation for writing is sharing with others in the expansion of love, peace, forgiveness and healing (physical, mental and spiritual) in this world.

My new book "2016" (September 2015) covers what I consider the most pressing international issues of late 2015 moving forward.

Reviews are important for a book's success and sales. Please consider taking a few moments to write your honest review - good, bad or ugly - of my books after reading them. Income from book sales allows me to do further research and writing along with enlarging the scope of my creative endeavors, in particular making documentary films. Constructive criticism is helpful to writers for future books as well. I greatly appreciate it.

Thank you for your interest in my work. I hope reading my books provides real and lasting benefits for you. Peace and love to all people on Earth, Jerry

Who are your favorite authors?
Definitely those men and women who today and through history who have placed highest priority on including the spiritual or philosophical dimension in their writings. People like Tolstoy, Gandhi, Martin Luther King Jr., Dorothy Day and so many others. Fundamentally, I appreciate and resonate with writers who have as a prime goal lifting humanity to greater heights related to peace, justice and truth. In other words creating new and better "status-quo" conditions on Earth that result in fewer instances on war, poverty, easily-treated disease, economic and financial manipulation for wealth concentration, and so on - real and problematic, persistent life circumstances. My favorite authors are those, in contrast to the guys at the bar "solving all the world's problems", who strongly believe the world's problems can indeed be resolved. Those authors are even more appreciated if their writings include mention of the importance of creating a better world for future generations.
What are you working on next?
What I write is dependent on circumstances and situations occurring on the Earth as best as I can discern them. Being a nonfiction writer, my views are basically irrelevant compared to what men, women and children are experiencing in nations and regions around the planet. While doctors might want a universal state of affairs where their healing talents have become unnecessary because cures for all diseases have been discovered, such a condition hasn't manifested, so doctors, like writers, have to deal with the next "patient" or book, and the next, and so on. When real peace on Earth becomes established, then my next work becomes unnecessary, or turns toward even higher levels of human philosophical and spiritual evolution. Writing, at least for this writer, is all about what Tolstoy described as being a "freethinker" intent on breaking barriers and exploring new paths.
Read more of this interview.

Where to find Jerry Alatalo online 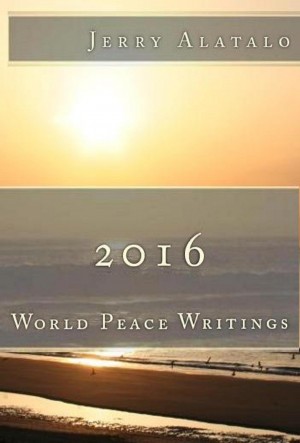 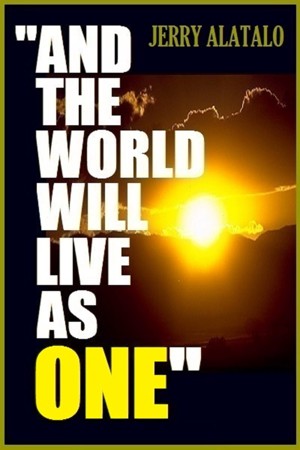 And The World Will Live As One by Jerry Alatalo
Price: $2.99 USD. Words: 30,070. Language: English. Published: May 5, 2013. Categories: Nonfiction » Politics & Current Affairs » Current affairs, Nonfiction » Religion & Spirituality » Spiritual awakening
Are you feeling like many people on this Earth that humanity is changing? There is a palpable sense that mankind is moving in a direction where truth and wisdom are being sought for inclusion into the decision making process at all levels. Humanity is increasingly intending for there to be an effort to apply love in every situation. There is a growing awareness that our true reality is oneness. 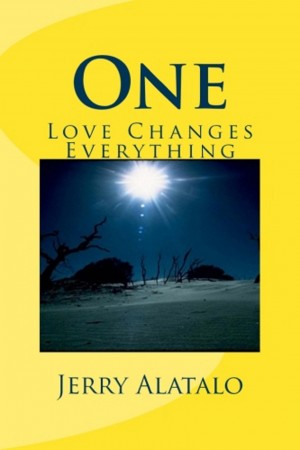 One: Love Changes Everything by Jerry Alatalo
Price: $3.99 USD. Words: 175,760. Language: English. Published: January 2, 2013. Categories: Nonfiction » Politics & Current Affairs » Current affairs, Nonfiction » Religion & Spirituality » Spiritual awakening
One: Love Changes Everything is a compilation of five books by Jerry Alatalo. These titles are Occupy Love, Heaven On Earth, A New World, Unconditional Love For Humanity and Love 2013. The reader is invited to share a journey of exploration into the inner worlds where we find the answers to life's big questions. You may come to grasp that the kingdom of heaven is inside, and outside, all of us. 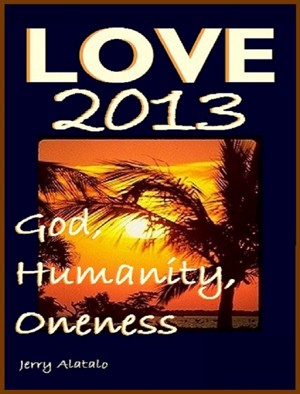 Love 2013: God, Humanity, Oneness by Jerry Alatalo
You set the price! Words: 34,270. Language: English. Published: December 11, 2012. Categories: Nonfiction » Politics & Current Affairs » Current affairs, Nonfiction » Religion & Spirituality » Spiritual awakening
"This is my commandment, that you love one another, even as I have loved you." - Jesus Christ. Love 2013 shares with the reader that oneness is being understood by mankind at a powerful pace in 2013. The awareness of spiritual writings has aided this evolution where truth, light and peace are manifesting everywhere on this beautiful planet. In 2013 humanity will know of the awesome power of love. 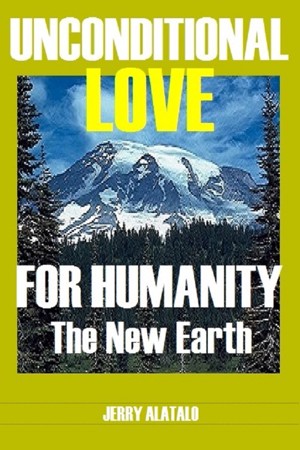 Unconditional Love For Humanity by Jerry Alatalo
You set the price! Words: 30,460. Language: English. Published: November 22, 2012. Categories: Nonfiction » Religion & Spirituality » Spiritual awakening, Nonfiction » Politics & Current Affairs » Current affairs
"You can live as if nothing is a miracle or you can live as if everything is a miracle." - Albert Einstein. Unconditional Love for Humanity confirms for the reader that great miracles are occurring for people and humanity as a whole in 2013. We are witnessing profound spiritual signs and wonders. The human race will know that these miracles point the way to a knowing of the absolute power of love. 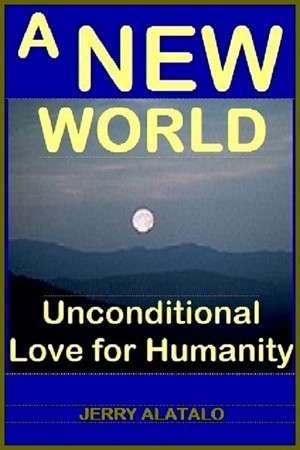 A New World: Unconditional Love for Humanity by Jerry Alatalo
You set the price! Words: 22,320. Language: English. Published: November 7, 2012. Categories: Nonfiction » Politics & Current Affairs » Current affairs, Nonfiction » Religion & Spirituality » Spiritual awakening
"The one who has conquered himself is a far greater hero than he who has defeated a thousand times a thousand men." - Buddha. A New World suggests to the reader that the creation of a better way of living is not only possible but is occurring now. New rules are being established and accepted for human action and behavior that corresponds only to the heart, spirit and reality of unconditional love. 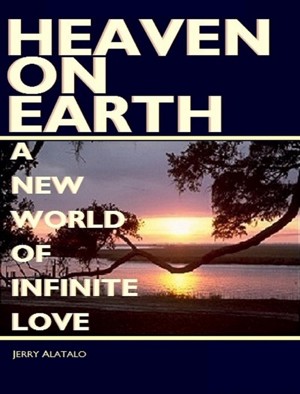 Heaven On Earth: A New World of Infinite Love by Jerry Alatalo
You set the price! Words: 17,800. Language: English. Published: October 23, 2012. Categories: Nonfiction » Religion & Spirituality » Spiritual awakening, Nonfiction » Politics & Current Affairs » Current affairs
"The kingdom of God is within you." - Jesus Christ. Heaven On Earth makes the case to the reader that what humanity is experiencing in the year 2013 is the greatest spiritual evolution in history. Take a journey of thought within the reality of humanity's ongoing creation of a world where all life is understood and known to be sacred. These worldwide creations are sourced from unconditional love. 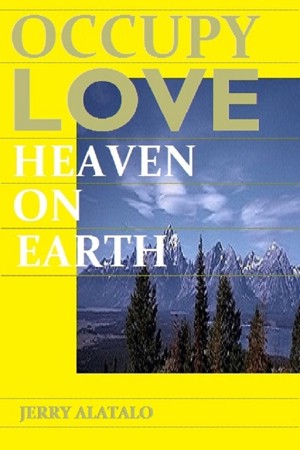 Occupy Love: Heaven On Earth by Jerry Alatalo
You set the price! Words: 70,280. Language: English. Published: October 14, 2012. Categories: Nonfiction » Politics & Current Affairs » Current affairs, Nonfiction » Religion & Spirituality » Spiritual awakening
Can the human race create heaven on Earth? Occupy Love takes the reader on a profound journey of exploration through the Earthly and spiritual realms. For perhaps the first time there will be discovered a wide variety of viewpoints which will strongly suggest that the golden age of humanity is here. We know this evolutionary human condition as love. In the year 2013 mankind will become One.

You have subscribed to Smashwords Alerts new release notifications for Jerry Alatalo.

You have been added to Jerry Alatalo's favorite list.

You can also sign-up to receive email notifications whenever Jerry Alatalo releases a new book.