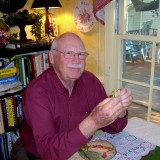 Author Joe B. Hewitt started writing as a newspaper reporter for the Lima, Ohio, News. He covered the police beat, courthouse beat, and was an investigative reporter. He went under cover for three months and published an expose of vice and crime. He served as national and international news editor and “slot” man on the city desk.

He owned and published the following Texas weekly newspapers, Throckmorton Tribune, and Springtown Review, and was a stockholder, editor and publisher of the Richardson Digest.

His newspaper career ended when he was called into the ministry. While still a seminary student he started the Richardson East Baptist Church, Richardson, Texas. By the time he graduated from seminary his new church had bought land on Main Street and built a building. During the first several years at that church he worked as public relations director for a church-supported temperance organization. In that capacity he wrote teacher in-service training manuals on drug abuse, designed catalogs, edited a monthly magazine, wrote and voiced public service radio announcements, and appeared on television interview shows regarding drug abuse education, and spoke at high school assemblies and churches. He enlisted others to voice public service announcements including Steve Allen and Dale Evans. He turned down an offer to become associate executive director of the organization and pastored the church full time.
During that time he ghost-wrote a book on Bible prophecy for a famous radio preacher. He served the Richardson church 13 years.

He resigned that pastorate to go into vocational evangelism. However, during those four years he was called by Christian leaders in many communities to lead special election campaigns. Of 13 major campaigns, he won 11. He turned down an offer to manage a US Congressman’s re-election campaign.

Feeling a need to get back into the pastorate and following a desire to move to Rockwall County, Texas, he accepted a call to Pastor First Baptist Church of Fate, Texas, where he served 13 years.

He built a home on 7.5 acres in rural Rockwall County where he has lived since 1985.
He then became founding pastor of Princeton Park Baptist Church, Rowlett, Texas, where he served 9 years and retired in 2001.

During those years in the pastorate he wrote a nonfiction book on personal experience that has sold 45,000 copies. He wrote curriculum for Bible study teachers and teachers commentaries for LifeWay, the publishing arm of the Southern Baptist Convention as well as the youth devotional guide, and Open Windows the 1.1 million-circulation adult devotional guide. For 10 years wrote columns for the Rockwall Success, and Rowlett Lakeshore Times, local newspapers. His magazine articles were published in Mature Living, The Baptist Standard, and Leadership magazine (published by the Baptist General Convention of Texas), Faith for the Family, Reproduction Methods, and the Christian Crusader. Photographs have been published by Associated Press, United Press International, Popular Mechanics, and several detective magazines (from the days when he was police reporter.).

Hewitt served as a temporary missionary in Mexico, Brazil, Russia, Oregon, Idaho, New York, and pastored a church in England for a month in an exchange with the pastor of the English church. He served as volunteer chaplain and coordinator of jail ministries for the Rockwall County Sheriff’s Department for 10 years. I also served two days a month as volunteer chaplain at Lake Pointe Medical Center in Rowlett for 10 years.

On one of his three trips to Russia, Hewitt preached in Muravlenko, Siberia, a city of 40,000, built on 600 feet deep permafrost located 1650 miles east-northeast of Moscow. The nearest airport was 100 miles south at Nyabresk where the Aeroflot plane broke down and Hewitt and his wife were stranded two days.

After retiring from the Pastorate in 2001, Hewitt began training as a mediator and has served Dallas and area courts as a court-appointed mediator to settle lawsuits.

He is a member of First Baptist Church, Rockwall, Texas, State Bar of Texas, ADR Section, Texas Association of Mediators, and Mensa, the high IQ society. He is rated by the Texas Mediators Credentialing Association as a Distinguished Credentialed Mediator.

Hewitt received a BD degree from Bible Baptist Seminary, and an MA degree in Biblical Studies from Dallas Baptist University.

Where to find Joe B. Hewitt online 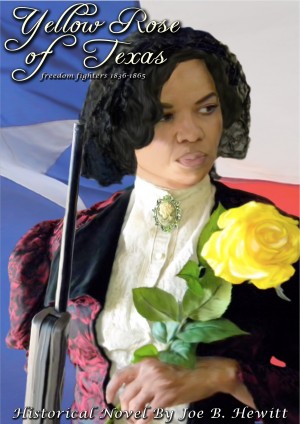 Yellow Rose of Texas, Freedom Fighter, 1836-1865 by Joe B. Hewitt
Price: $2.99 USD. Words: 63,860. Language: English. Published: March 1, 2016. Categories: Fiction » Historical » USA
Yellow Rose of Texas, Freedom Fighter, 1836-1865, is the historical fiction account of Rose, a quadroon slave born in 1814 on a Louisiana cotton plantation, sold to a representative of the Republic of Texas, trained as a spy, and placed into Santa Anna’s headquarters. She is recognized as a hero of the Texas Republic and continues to serve into the Civil War. 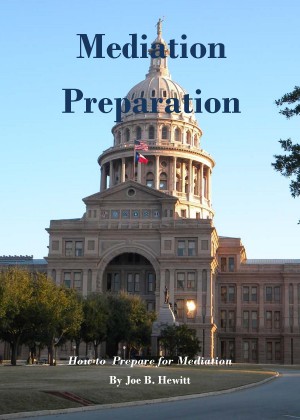 Mediation Preparation by Joe B. Hewitt
Price: $1.99 USD. Words: 17,930. Language: English. Published: July 18, 2015. Categories: Nonfiction » Business & Economics » Business Law
Joe Hewitt's book, Mediation Preparation, should be helpful to anyone going to mediation. It contains the basics for the layperson, negotiating tools for the lawyers, strategy for mediators, and guidance for clients to cooperate with their attorneys." Hon. Dale B. Tillery, Judge, 134th District Court, Dallas, Texas. This guide for anyone going to mediation does not give legal advice. 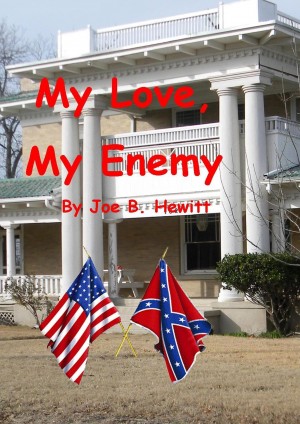 My Love, My Enemy by Joe B. Hewitt
Price: $2.99 USD. Words: 76,030. Language: English. Published: October 23, 2014. Categories: Fiction » Historical » USA, Fiction » Romance » Action/adventure
Fairfax and Cassandra are happily married and deeply in love, however they take different sides in the Civil War. Although Cassandra is from an aristocratic Virginia family of slaveholders, she hates slavery. When the war breaks out, Fairfax goes to the front as a Confederate army officer. Cassandra is recruited as a Union spy. 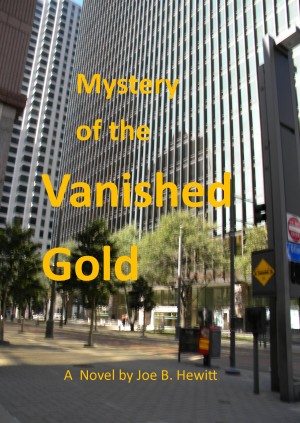 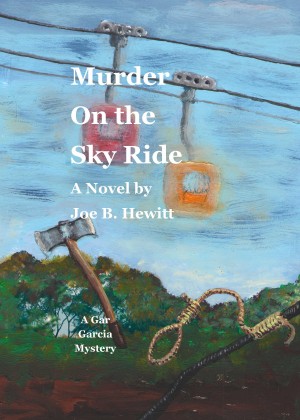 Murder on the Sky Ride by Joe B. Hewitt
Price: $2.99 USD. Words: 79,980. Language: English. Published: October 18, 2014. Categories: Fiction » Mystery & detective » General
Do you like Mystery Novels? Are you ready for a story with a new plot new characters, and plenty of action? Would you enjoy an original story told without gutter language? If so, you’ll like Murder on the Sky Ride. 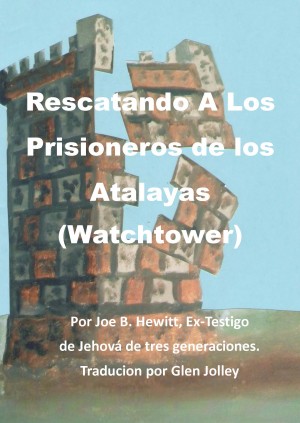 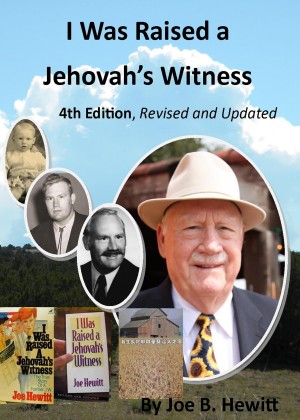 I Was Raised a Jehovah's Witness, 4th Edition by Joe B. Hewitt
Price: $4.99 USD. Words: 69,950. Language: English. Published: October 11, 2014. Categories: Nonfiction » Religion & Spirituality » Christian Theology / Apologetics
I Was Raised a Jehovah’s Witness is the personal story of Joe B. Hewitt who escaped from the Watchtower Cult. He refutes the Watchtower’s peculiar rules, including prohibiting Jehovah's Witnesses from celebrating Christmas. The book exposes the peculiar doctrines of the Watchtower Society such as: denial of Christ's deity, and his literal and physical resurrection. 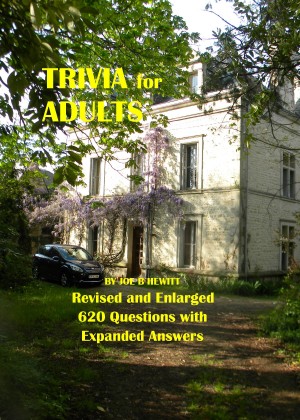 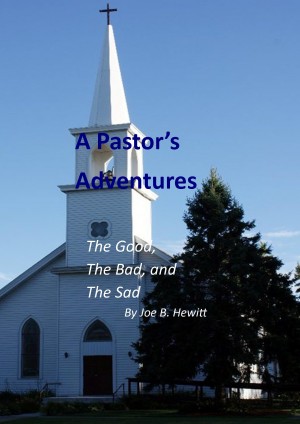 You have subscribed to alerts for Joe B. Hewitt.

You have been added to Joe B. Hewitt's favorite list.

You can also sign-up to receive email notifications whenever Joe B. Hewitt releases a new book.