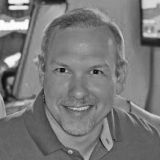 With more than 25 years experience in the technology field, Destin, Florida-based Darren Nelson has worked with a gamut of companies--from small business startups to established corporations--as a manager of internal networks, intranet sites, websites, technical documentation and project management software.

In addition, he is an Amazon.com bestselling author of technical self-help guides, under his own Gold Medal Solutions, Inc., banner. Nelson has created and documented tips & tricks for the Kindle Fire HD, written a guide about the HTC One smartphone, and produced self-help DVDs and on-demand videos--all because of his life-long passion for technology and discovering how things work. He utilizes that savvy and know-how, alongside the ability to clearly communicate in layman's terms, to offer users a line of products that help them learn quickly and precisely.

In his current fulltime work role as Vice President of Operations for TownWizard, Inc.--with bases in Scarsdale, N.Y., and Destin--Nelson has created, developed and deployed more than 300 mobile apps for Apple's iPhone, iPad and iPod, Android phones and tablets, and the Kindle Fire HD. In addition, he developed a customized and scalable content management system for the company; supervises its development and partner support staff; and created the local "Destin Shines" brand and Facebook page, a mobile guide to local events, restaurants and attractions, with more than 78,000 fans.

Previously, Nelson was VP of Interactive Services for Source Medical Solutions in Birmingham, developing and maintaining the corporate intranet site for its six North American offices, while also developing and distributing corporate content. In addition, he evaluated, proposed and implemented time and project tracking software for 400+ employees.

And in a similar role with Birmingham's Hecklers Entertainment, Inc., Nelson developed and managed a network of six distinct consumer-oriented websites, supporting up to 2 million unique visitors each month, as well as numerous America Online "Rainman" properties. There, he also managed the company's internal corporate network and internal email servers, organized production and implementation of all new AOL and company website content, and created a unique web-based ad-serving system for AOL properties. At Hecklers, he worked his way up from a previous role as VP of Operations for the then early-stage, fast-growth company.

Nelson earned a Bachelor of Science degree in Commerce & Business Administration/Small Company Management from the University of Alabama in Tuscaloosa.

Outside of the office, he is an amateur pilot, enjoys boating, is a member of the Sports Car Club of America (SCCA), and holds a Black Belt in Isshin-Ryu Karate.

Where to find Darren Nelson online 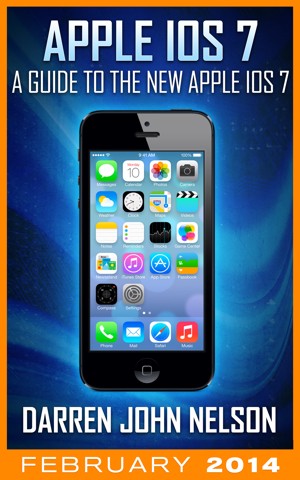 Apple iOS 7: A Guide to the New Apple iOS 7 by Darren Nelson
You set the price! Words: 6,430. Language: English. Published: March 2, 2014. Categories: Nonfiction » Computers & Internet » Hardware / handheld devices, Nonfiction » Computers & Internet » Hardware / peripherals
This book provides the perfect guide in learning how to utilize the new iOS 7 system. From simple tips and tricks like how to block calls or text messages and how to improve your battery life, to the list of features such as the new control system and Spotlight Search, you'll learn everything you need to know about the update in simple, easy to read language.

You have subscribed to alerts for Darren Nelson.

You have been added to Darren Nelson's favorite list.

You can also sign-up to receive email notifications whenever Darren Nelson releases a new book.