Victoria Veritas is the pen name of the author of “Egypt’s Erotic, Esoteric Female Pharaoh Hatshepsut.” The author, who has worked in editing, reporting and reviewing positions at various metropolitan newspapers, is a free-lance travel writer, photojournalist, and international correspondent. Now retired, the author has written four books, two of which are historical novels.
“Hatshepsut” and the upcoming Ebook entitled “The French King’s Mistress, both concern powerful, brilliant, beautiful women of their times. Diane de Poitiers (1499-1566) was one of the great minds and beauties of France; Hatshepsut wielded more power than any other female pharaoh.
If you enjoyed “Hatshepsut,” you’ll not want to miss this Smashword’s tale of Henry II of France, a ne-‘er-do-well dauphine who falls in love with a lovely courtesan 20 years his senior who turns him into a great French king. Henry was a skilled swordsman, hunter, rider and military campaigner who died jousting at age 44 in July of 1559.

What events in your life influenced you to write these books?
Men find me attractive, I’ve been called voluptuous, but I’m shy and have never sought the spotlight. As a very private person I chose the pen name of Victoria Veritas because of a wild dream I once had. I’ve been an author, screenwriter, newspaper reporter, editor, movie and book reviewer, free-lance writer, photo journalist and international correspondent.
I’ve lived for periods of time in two foreign countries, speak two foreign languages poorly, and have traveled since I was a young backpacker. In the course of those travels two women came to fascinate me – Hatshepsut, the ancient Egyptian queen, who usurped the throne, became pharaoh and ruled as a man, and the brilliant, beautiful French courtesan Diane de Poitiers, who became the mistress of French King Henry II, who was 20 or so years, younger.
From these fascinations emerged my two novels, “Egypt’s Erotic, Esoteric Female Pharaoh Hatsheptsut” and “The French King’s Mistress: Diane de Portiers.”
I was introduced to Diane de Portiers at the Sound and Light show at the unforgettable castle of Chenonceau in France and to Hatshepsut at her famed Mortuary Temple up the Nile and across from Luxor, Egypt. Luxor, which has had other names over the centuries, is often chaotic and dusty, but holds a vivid, lovely place in my memories. The Valley of the Kings lies over a cliff beyond Hatshepsut’s temple. When the Egyptian sun sets, an ethereal, crimson-magenta spreads across Luxor, and beyond it the silver Nile and the rosy cliffs of the Land of the Beyond. Below those intriguing cliffs are green sugarcane fields and beyond stretches the vast, empty Great Western Desert.
In climbing the hills around the Valley of the Kings, descending into the rock-cut tombs of nobles and pharaohs, and riding fellucas up and down the Nile, Egypt slipped deeply, silently into my soul. I confess I’ve illegally entered these tombs with secretive, funny young guides who traded cigarettes for secret, illegal entries and illegally climbed the Great Pyramid. But I did not smoke hashish in the Queens Pyramids after my ascent. My guide said it was an incredible “trip” as he rubbed his fingers together indicating “baksheesh,” a small tip, and showed me some hashish.
But I digress. Naturally.
Did you research your books widely?
I did my research, didn’t believe many of my guides and Egyptologists’ claims, but time changes facts daily. However, with Hatshepsut and Diane I followed my intuition where choices had to be made. After all, a writer writes for herself or himself, first. The readers can choose if they wish to come along for the ride.
The trick is to make historical characters come alive. Scenes spread before my imagination and came to life in my mind and I typed them up. Simple, challenging, and oft times frustrating.
There are always gaps in history. Usually writers choose the scenario that makes the most sense to them. Sometimes writer’s go for surprises. Diane de Poitiers destroyed all her letters to Henry before she died. Hatshepsut disappeared from Egypt’s historical records.
Arguably, I tried to stick to the historical record, but quite often there was none. I took everything I knew or read about the times and the world’s my heroines lived in and made my best guess about how controversial events happened.
Both periods were provocative. In Hatshepsut’s period at the height of Egyptian power, common women had more power than in many ancient societies. However, female slaves served without question. In Egyptian palaces, courtesans, royalty, slaves and servants battled fiercely for power and position.
In Diane’s time, women were given much more freedom within the anything goes atmosphere of the French king Francois I. It was also the time of the Reformation with its trials and tribulations. One character in “Mistress” is typical. Her father had three wives and 30 children. She learned early that she had three ways to make her way, the convent, marriage or the beds of rich men. As she says to men, “What do you want of me? What arouses your passion? How can I best fulfill your fantasies in bed and in life? I have grace, honor and a jewel box … If we understand each other, I am yours. A kiss to begin our adventure?”
Read more of this interview. 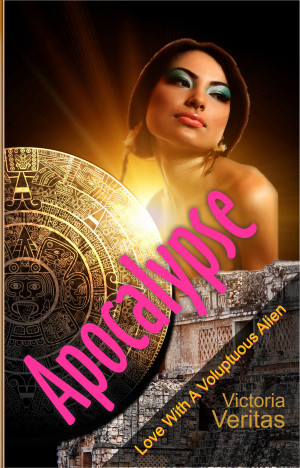 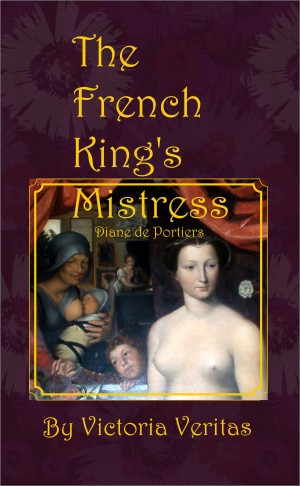 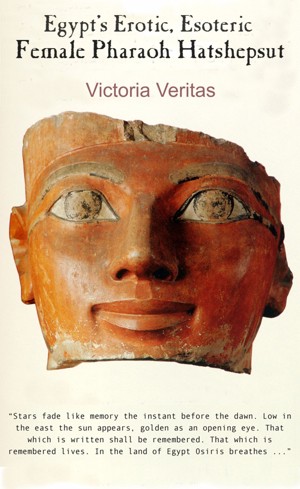 You have subscribed to alerts for Victoria Veritas.

You have been added to Victoria Veritas's favorite list.

You can also sign-up to receive email notifications whenever Victoria Veritas releases a new book.