130 readers have added this author as a 'Favorite Author'.

I started my writing career as a self-published author and was lucky enough to hit both the Amazon and the Barnes and Noble bestseller’s lists with my two series, the Jolie Wilkins series and the Dulcie O’Neil series.

When people ask me what I’m like, it’s sort of hard to answer but here goes… I’m a huge fan of anything paranormal and I always have been. I get super excited whenever they have those Twilight Zone Marathon days and anything ghost or vampire related will always attract my attention.

My interests are varied but aside from writing, I’m most excited about traveling. Uncovering new places and learning about different cultures is pretty incredible. I feel extremely fortunate to have been able to live abroad in England and Scotland, both places really having a profound effect on my books.

Where to find HP Mallory online

The Lily Harper Series
Killed in a car accident, Lily Harper learns the hereafter isn’t exactly what she hoped it might be. Lily's offered the chance to live again but she'll have to become a soul retriever, venturing into the bowels of the Underground City. And her guide? None other than her incompetent guardian angel. Then there's Tallis Black, a centuries-old Celt. Dark, brooding and definitely dangerous, Lily knows she shouldn’t trust Tallis.

The Dulcie O'Neil Series
My name is Dulcie O’Neil. And I keep tabs on monsters. When a warlock is murdered, I’ve got to figure out whodunnit before I become the next victim. Enter investigator, Knight Vander. Yeah, Knight’s the sexiest guy I’ve ever seen but he’s also bossy, demanding and cocky. The body count increases. I’m busy keeping a demon in check while dealing with powerful vampire, Bram. And, Bram’s as bad as Knight. Sometimes working law enforcement for the Netherworld is a real bitch...

The Sinjin Sinclair Series
Please allow me to introduce myself. My name is Sinjin Sinclair. I was born in London in 1414… I owe my immortality to a disease of the blood. That is to say, I am vampire. And I have an appetite for headstrong, stubborn and difficult women. Pleased to meet you.

The Jolie Wilkins Series
A self-deprecating witch with the unique ability to reanimate the dead, a dangerously handsome warlock torn between being her boss and her would-be lover, a six hundred year old English vampire with his own agenda; one that includes an appetite for witches. The Underworld in a state of chaos. Let the games begin.

The Lily Harper Series (An Epic Fantasy Romance Series) by HP Mallory
If there’s such a thing as luck, Lily Harper definitely doesn’t have it. Killed in a car accident before it’s her time to go, Lily learns that the hereafter isn’t exactly what she hoped it might be. First, there’s AfterLife Enterprises… Learning that Lily’s death was indirectly their fault, Afterlife Enterprises offers Lily the chance to live again but beware the fine print. Most notably, Lily will become a soul retriever, venturing into the bowels of the Underground City to retrieve souls that were mistakenly sent there during a Y2K glitch. Second, there’s angel Bill… As if risking her second life in the Underground City wasn’t enough, Lily’s guide is none other than her incompetent, alcoholic, womanizing guardian angel, Bill. Finally, there’s the legendary bladesmith, Tallis Black... As Scottish as his kilts and heavy brogue, Tallis Black is a centuries-old Celt who, for reasons only known to him, offers to train Lily and act as her escort into the depths of the Underground City. Between soul retrieving in hell, dealing with Bill and trying to figure out what’s in it for Tallis, Lily wonders if maybe she would’ve just been better off dead. 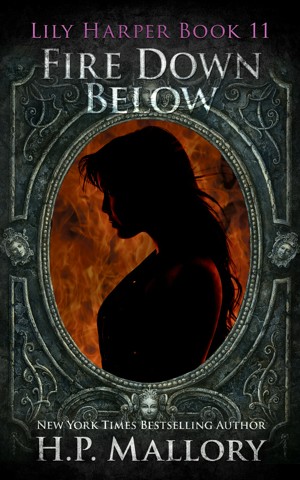 Fire Down Below by HP Mallory
Series: The Lily Harper Series (An Epic Fantasy Romance Series). Price: $4.99 USD. Words: 53,420. Language: English. Published: March 30, 2021. Categories: Fiction » Fantasy » Epic, Fiction » Romance » Fantasy
Lily’s life is about to change as she finds herself finally facing the moment when she’s able to love both men in her life, Tallis and Asterion. But, what happens in the aftermath of their tryst? 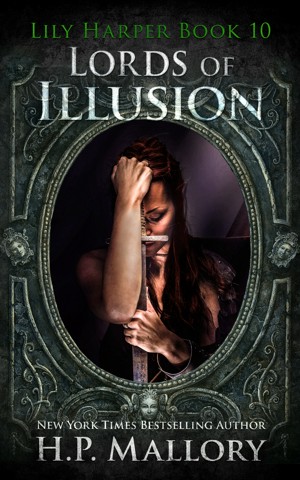 Lords of Illusion by HP Mallory
Series: The Lily Harper Series (An Epic Fantasy Romance Series). Price: $4.99 USD. Words: 59,550. Language: English. Published: January 27, 2021. Categories: Fiction » Fantasy » Epic, Fiction » Romance » Gothic
When a prophecy reveals that Asterion’s first true love, Ariadne, is still alive, he can barely control his happiness. But soon he discovers Ariadne is being held against her will in a demon prince’s harem. Thus, Lily and the gang will find themselves heading deep into the bowels of the Underground City in order to rescue Ariadne. 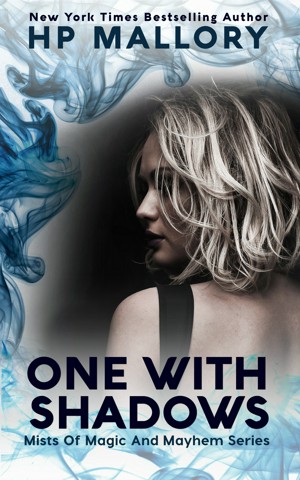 One With Shadows by HP Mallory
Series: Mists of Magic and Mayhem. Price: $3.99 USD. Words: 40,950. Language: English. Published: December 14, 2020. Categories: Fiction » Fantasy » Epic, Fiction » Romance » Paranormal » General
After finding out all her schoolmates are possessed with the ghosts of long dead Druids, and narrowly escaping a close call with the Vryloka, Emma is on the run with the only man she trusts—her professor, Stone Draper. What will happen once they find themselves ensconced in a small cabin, out in the middle of nowhere?

You have subscribed to Smashwords Alerts new release notifications for HP Mallory.

You have been added to HP Mallory's favorite list.

You can also sign-up to receive email notifications whenever HP Mallory releases a new book.