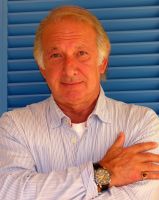 After treading a newspaper career path as a photo-journalist that became a globe-trotting odyssey – with stints in Canada, America, the Caribbean and Middle East – Hugh Ash became a senior editor on several, UK national titles (Mirror Group & Express Newspapers) in a variety of production and writing roles.
In 2002, however, he took up the gauntlet of becoming Fleet Street’s Man in Mallorca, a uniquely cosmopolitan island he’d come to know intimately from the days he and his wife, Barbara, had a holiday pied-a-terre there.
Eight years on a new genre of writing beckoned and, from reporting news, Hugh turned to creating fiction.
His novels are pacy, edgy, intriguing crime/espionage thrillers, always packing a surprise twist in their tales, and he uses his adopted island in the sun – its chequered history, fascinating culture and remarkably stoical people – as an absorbing backdrop.
To date he has produced two, highly-imaginative books, The Mallorca Assignment and The Mallorca Correspondent, which draws on some of his own, splendidly-colourful reporting experiences.
Now Hugh is planning to finish his island-based triology with a third – The Mallorca Money Changer – a chiller of a hard-hitting, factional insight into the murky world of drugs, money-laundering and fraud, all inexorably linked to the tentacles of international terrorism
Meanwhile, he continue to work as an investigative photo-journalist and broadcaster, covering Spain’s Balearic Islands.
Hugh also author an award-winning news blog (hughash.wordpress.com) and a weekly column each Sunday for the Majorca Daily Bulletin, Spain's only English-language daily newspaper.
He is represented by the Smart Talent Literary Agency (info@smart-talent-group.co.uk)

Where to find Hugh Ash online 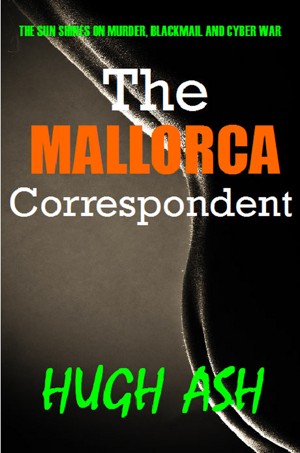 The Mallorca Correspondent by Hugh Ash
Price: $6.50 USD. Words: 88,520. Language: British English. Published: October 8, 2013. Categories: Fiction » Thriller & suspense » Action & suspense, Fiction » Thriller & suspense » Spies & espionage
Maverick newsman Nick Keller will go to any lengths for a scoop. But when he stumbles on the truth behind the slaying of two call-girls, he puts his life on his by-line. Because behind the murder lies a plot to blackmail a government minister into revealing the West's cyber warfare secrets. Only one person can save Keller - Inspector Mercedes Ibanez, who loathes the Mallorca correspondent. 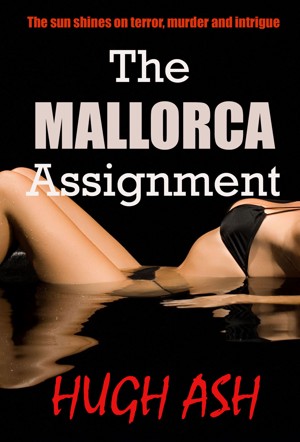 The Mallorca Assignment by Hugh Ash
Price: $5.99 USD. Words: 96,930. Language: English. Published: April 22, 2013. Categories: Fiction » Thriller & suspense » Action & suspense
As the body count mounts, so do the burning questions... Are the murders a prelude to Omar’s jihadis slaughtering thousands? Why doesn’t the CIA want the police to thwart the spectre of terror casting a shadow over the Spanish sun? And - in a spellbinding race against time - can haughty Inspector Mercedes Ibanez and tetchy British cop, Harry Hudson, put aside their animosity to halt an apocalypse?

You have subscribed to alerts for Hugh Ash.

You have been added to Hugh Ash's favorite list.

You can also sign-up to receive email notifications whenever Hugh Ash releases a new book.