Performance coach and author of Ski Performance Breakthrough - the series of e-books.
Hugh is also the Director and founder of the BASS Network of elite snowsports schools, operating in:

He runs advanced skiing clinics and off pistes courses in the Alps, as well as off piste adventures across the globe, having previously trained thousands of skiers and hundreds of ski instructors.

Formerly a research chemist, for the Cancer Research Campaign, Hugh has a degree in Chemistry and a Master's research degree. He is also a qualified science teacher. He spent 10 years in the science departments of British universities before switching to a career in skiing.

He began skiing in 1975 and became a full time ski teacher in 1984, to get out of the lab and into the mountains.
He has skied extensively throughout Europe and his off piste skiing and Heliski clinics have taken him to Argentina, Canada, Chile and Greenland.

He was a Trainer and examiner of instructors for the British Association of Snowsports Instructors, for 22 years, from 1989 to 2011, and contributed to the development of BASI's system of instructor training. He represented Britain as a member of the GB Demonstration Team, at the 1991 Interski Congress, in St Anton.

For many years, Hugh was invited to train the British Mountain Guides in Off Piste skiing performance.

Hugh wrote and presented the 1991 Channel 4 TV and video series "The Complete Skier" and in the same year he founded BASS, The British Alpine Ski and Snowboard School. The BASS Network of elite snowsports schools now extends to 12 resorts across the Alps.

His main interests, in addition to his family, are: Alpine & Telemark skiing, developing the quality of service to clients of the BASS Network, Photography, Science, Tai Chi Chuan, Motorcycling, Cycling, Balance trainiing, including slack line and playing guitar.

Some comments from Hugh's clients and colleagues:

"Hugh is a technical expert and an innovator, continually pushing the boundaries with his exciting and dynamic ideas, many of which have put BASI at the forefront in the field of of Snowsports organisations and training organisations generally. The whole membership owes a large debt of gratitude to Hugh - Thank you" Andrew Lockerbie, Chairman, BASI

"For more than 15 years, Hugh has been an inspiration in my professional and business life. His clarity of vision and ability to deliver shines through all his projects "James Lamb, Director, BASS Morzine

"Hugh has pioneered "British Ski Teaching" in Europe over the last 20 years creating and leading the most successful network of elite snowsports schools in the world. "Derek Tata, Director, BASS Chamonix

Another great day at Vail yesterday and another today at Breckenridge. A load of snow fell throughout the day so omens are good for tomorrow. The lessons from the Ski Performance Breakthrough Clinic in Morzine seem to have been learned and I feel like I've been skiing really well. In particular, the bump skiing is better than ever. Thank you. KA

A most unbelievable experience, I never expected to see such a difference in such a short space of time. Thanks for a most memorable week. G McS

Thank you for a fantastic week. I really felt that I improved over the course of the week and I am looking forward to returning to Morzine to put it all back into practice. YS

...head and shoulders above any tuition encountered...surpassing our wildest expectations. GE

It was the best skiing training I have ever had, I met some great people, developed as a person and loved it! Thanks to everyone on the course and especially to Hugh for sharing his knowledge and experience. MT

Dear Hugh, I had a great 2 weeks with you in March and I can honestly say it was the most rewarding and enjoyable 2 weeks of my skiing career to date. ST

Dear Hugh, M*** and I wanted to thank you for a fabulous afternoon's skiing on Saturday. We had an amazing time and felt our skiing benefited enormously from us being stretched out of our comfort zone. JH & MH

Dear Hugh, Many thanks for the couple of days instruction last week ... quality tuition is such a refreshing change, all with a skillfully humorous delivery combined to make the entire week a great success in perfect conditions. My wife rebooked Les Gets for next year as soon as we arrived back in Scotland!! IA

Well Hugh - What can I say ? Thank you so much for a transformational experience . My skiing friends in Chamonix were amazed to see the progress achieved in 5 days of the Ski Performance Breakthrough clinic in Austria after 7 years in France ! That must tell all . EL

I just wanted to say what a fantastic week I've just had. The effect on my skiing was everything that and more than I had hoped for. KA

I had a fantastic week in all senses. It was great to get some real results from my skiing and feel in control after all these years, great to see how BASS works first hand and understand what a great job you all do on the mountain. Thank you again. YS

Thank's for a fantastic week. I really couldn't have enjoyed the course more - and please do count me in for next year! MB

Hugh's unique approach ensured I was more tuned in to my skiing than ever before, so the considerable improvements I made during the course can be built on in the future. RR

Very many thanks indeed for the images - great to have them. Skiing with you was an eye-opener, challenging and great fun. I learnt a lot and and I feel that my performance improved significantly - at least to the extent that I can now reasonably say that I can ski! JO

Hi Hugh, Just a quick note to thank you for another great week in Morzine. Although it was my 4th clinic with you I still found that I glean more and more from the sessions. KA

Hi Hugh,Thank you and thanks for a really great week of skiing. LD
The PBC was really enjoyable and I felt I really got a lot out of it. As ever, was great to ski with you. PM

Where to find Hugh Monney online 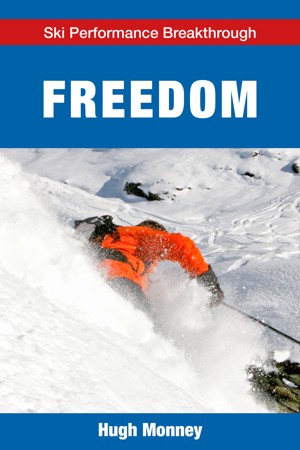 Freedom by Hugh Monney
Series: Ski Performance Breakthrough, Book 5. Price: $4.99 USD. Words: 8,790. Language: English. Published: January 14, 2014. Categories: Nonfiction » Sports & outdoor recreation » Snow sports
Freedom When you see someone skiing smoothly, freely and simply, even in complex circumstances, you know that they have tuned into something special. This section shows you many ways to gain access to these elusive aspects of performance. 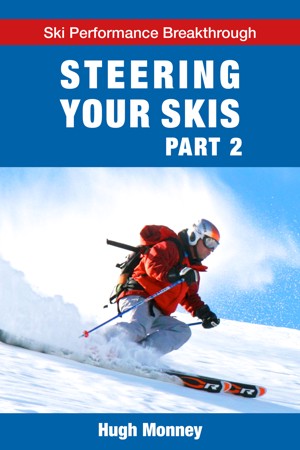 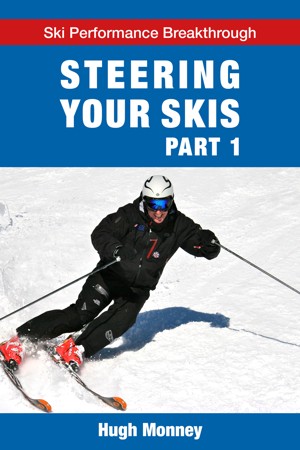 Steering Your Skis - Part 1 by Hugh Monney
Series: Ski Performance Breakthrough, Book 2. Price: $4.99 USD. Words: 5,500. Language: English. Published: January 13, 2014. Categories: Nonfiction » Sports & outdoor recreation » Snow sports
Suitable for intermediate and advanced skiers, experts and racers, this highly illustrated Kindle ebook shows you how to finesse excellent performance with more skill and less effort. Steering your skis - part 1 The immediate effect of this section, will be to give you much more control, precision and sensitivity as you steer your skis in the snow. 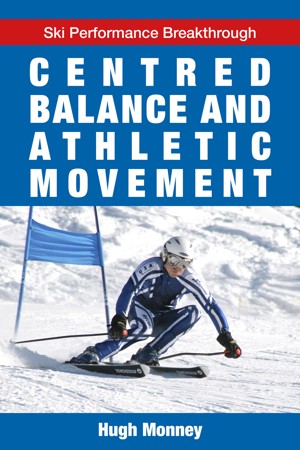 Centred Balance And Athletic Movement by Hugh Monney
Series: Ski Performance Breakthrough, Book 1. Price: $4.99 USD. Words: 5,170. Language: English. Published: January 13, 2014. Categories: Nonfiction » Sports & outdoor recreation » Snow sports
Suitable for intermediate and advanced skiers, experts and racers, this highly illustrated Kindle ebook shows you how to finesse excellent performance with more skill and less effort. Centred balance - your number one priority There is a sweet spot on each ski, a place to balance, a place to be. Your number one priority, as a skier, is to find this place on each ski, so that you can ... 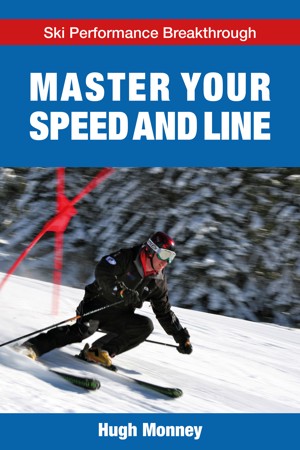 You have subscribed to alerts for Hugh Monney.

You have been added to Hugh Monney's favorite list.

You can also sign-up to receive email notifications whenever Hugh Monney releases a new book.