Kira Robartz was born (1935-) in the heart of the South's Bible belt to Irish sharecropper's parents. She learned early on what it meant to be a girl in a male-dominated society and worked her way through continuous efforts by relatives, clergymen, and many others to bed her beginning when she was only10. Married off at 15, divorced at 19, she fought against the power of male sexual entitlement to her body. Remarried at 20, she found herself in yet another marital trap of discord, but refused to be intimidated. She demanded respect and her right of sexual gratification or else she was walking. She has spent the past half-century studying the nature of female sexuality, talking to and working with everyday women of all ages, backgrounds, and ethnicities, and with researchers, scientists, and sexologists, to write her personal story of how any woman can find, if she wants, her natural sexuality and experience complete sexual satiation and fulfillment. Happily married, she recently celebrated her 57th wedding anniversary and is currently, working on her second book, A Girl's Sex Primer, to give young girls the truth about their natural sexuality, so that they can make informed choices before it's too late. 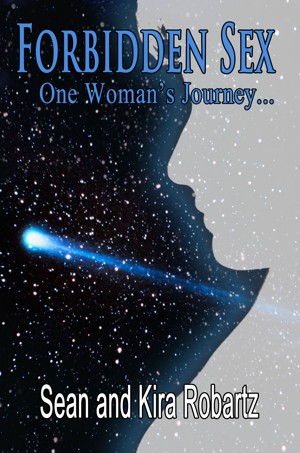 Forbidden Sex - One Woman's Journey... by Kira Robartz
Price: $2.99 USD. Words: 70,890. Language: English. Published: January 16, 2013. Categories: Nonfiction » Sex & Relationships  » Women's sexuality
Sex is the backbone of human society—the glue that holds us together; yet sex often drives us apart. Its potential for ecstasy carries with it the latency of misery. We know, because we have experienced both. What we have learned, we want to share with you.

You have subscribed to alerts for Kira Robartz.

You have been added to Kira Robartz's favorite list.

You can also sign-up to receive email notifications whenever Kira Robartz releases a new book.