Ian Stewart was born in 1945, educated at Cambridge (MA) and Warwick (PhD). He has five honorary doctorates and is Emeritus Professor of Mathematics at Warwick University. He has published over 80 books including Does God Play Dice?, Professor Stewart's Cabinet of Mathematical Curiosities, Why Beauty is Truth, Flatterland, What Shape is a Snowflake?, Nature's Numbers, Professor Stewart's Incredible Numbers, Seventeen Equations that Changed the World, and the bestselling series The Science of Discworld I, II, III, and IV with Terry Pratchett and Jack Cohen. His new book Calculating the Cosmos will appear in September 2016 followed by Infinity: a Very Short Introduction in 2017.

His awards include the Royal Society's Faraday Medal, the Gold Medal of the Institute for Mathematics and Its Applications, the Public Understanding of Science Award of the AAAS, and the LMS/IMA Zeeman Medal. He was elected a Fellow of the Royal Society in 2001 and currently serves on Council, its governing body. His Letters to a Young Mathematician won the Peano Prize and The Symmetry Perspective won the Balaguer Prize. His app Incredible Numbers (Profile and TouchPress) wont the Digital Book World award for adult nonfiction, and he shared the Lewis Thomas Prize for Writing about Science with Steven Strogatz in 2015. In Pursuit of the Unknown has been chosen to receive the MAA's Euler Book Prize award in January 2017.

He delivered the Royal Institution Christmas Lectures on BBC television in 1997. The final lecture began by bringing a live tiger into the lecture room. He has made over 400 radio broadcasts and 80 television appearances.

He has also written two science fiction novels Wheelers and Heaven with Jack Cohen, and the SF eBook Jack Of All Trades. He makes frequent radio and television appearances, including the 1997 Christmas Lectures. He is an active research mathematician with over 190 published papers, and works on pattern formation, chaos, network dynamics, and biomathematics.

He lives in Coventry, England. 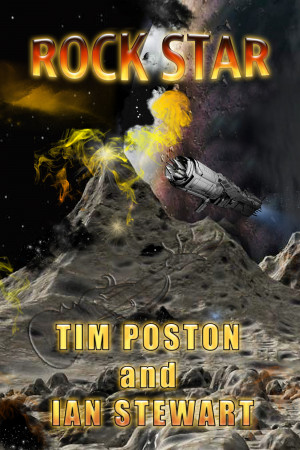 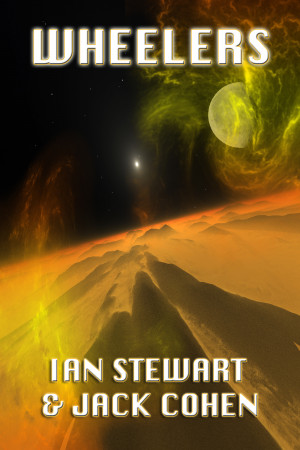 Wheelers by Ian Stewart & Jack Cohen
Price: $3.99 USD. Words: 153,940. Language: English. Published: November 27, 2016 by ReAnimus Press. Categories: Fiction » Science fiction » General
In the year 2270, with travel to the nearby planets well established, a bizarre discovery is made on Callisto, the eighth moon of Jupiter. Dozens upon dozens of strange wheeled artifacts--wheelers--are found buried beneath the icy surface. No one knows what they were used for and who left them in our solar system. 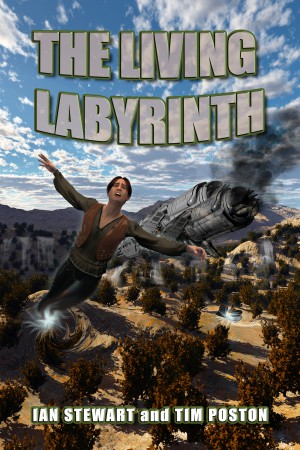 You have subscribed to alerts for Ian Stewart.

You have been added to Ian Stewart's favorite list.

You can also sign-up to receive email notifications whenever Ian Stewart releases a new book.