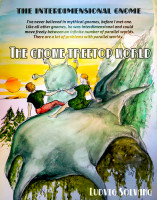 The Interdimensional Gnome by Ludvig Solvang
Piotr discovers, totally unexpected, a gnome on a mysterious and dangerous island. The gnome can move between dimensions in the multiverse, and that's the beginning of a lot of dangerous and exiting adventures. Tafn is a girl with six fingers, and in her world, aliens tries to fool people to think they are gods. The bandits have spears of fire, and can catch demons. At least, that's what they want the villagers to believe. Gnom, Piotr and Tafn get help from the French witch and Wolfram the oldie, and try to scare the invaders into the Roast Zone. They met the gnome girl Buf when they went to a gnome world close to the border to buy a bull. That went well, but what was the white mass chasing even the trolls from the mountains and the highland? Everything was calm, when Gnom bought a mysterious box. That box would lead them into worlds beyond imagination, but the strange societies worked for their citizens. But how to cordon a whole world of burglar gnomes from the multiverse? 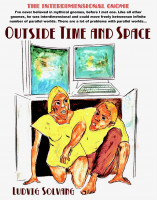 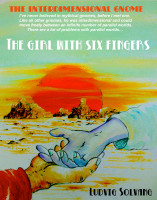 Cyberspace Is Real World by Ludvig Solvang
It isn't that easy to be a teenager, neither in Real World, nor in cyberspace. RW occupies you to a large extent, with school, parents, siblings and all that. In cyberspace, it's possible to meet friends, play a game, or... whatever. Bazan prefers cyberspace. His friends do too. It's like, their life in RW is only the other side of their existence in Virtual Reality. They are known among themselves as the Outcast tribe, a large array of personalities and abilities augmented in cyberspace. Bazan "thinks differently". It began with a game, morphed partly over to RW, then cyberspace became more dangerous than Real World. In a game, you might kill, steal from, or fool your opponent. But Virtual Reality is more than that. It's another dimension of Real World, with money and criminals and myths and everything. And who is the girl you like in VR? Will she fancy you in RW? Sometimes, it's hard to differ between what's going on where. A mother might believe something. Is it your task to correct her? She is a grown up, isn't she? Is it possible to make an Artificial Intelligence, and give it a human upbringing? No one have done it so far, so it's time to give it a try.

The Battle of Neuschwanstein
Price: $1.99 USD. 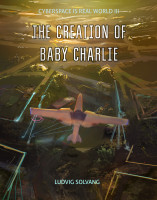 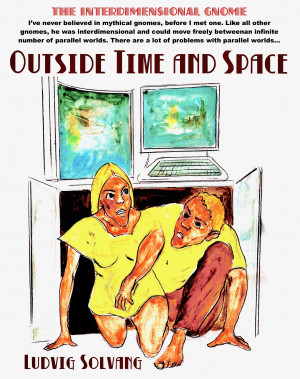 Outside Time and Space by Ludvig Solvang
Series: The Interdimensional Gnome. Price: $1.99 USD. Words: 38,530. Language: English. Published: June 3, 2019. Categories: Fiction » Adventure » Action, Fiction » Young adult or teen » Adventure
What would happen, if burglar gnomes from a whole world were allowed to move freely in the multiverse? Gnom didn’t know anything about the burglar gnomes when he bought that mysterious box. But he soon learned that the theft had caused serious consequences in the cupola world. The burglar gnomes had to be stopped, but how? That’s why Buf and Gnome were arrested in the burglar gnomes’ world, where 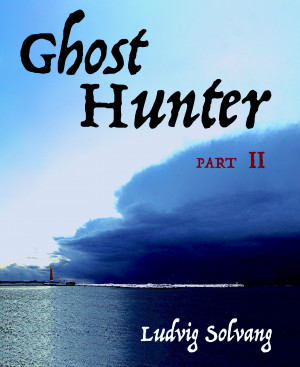 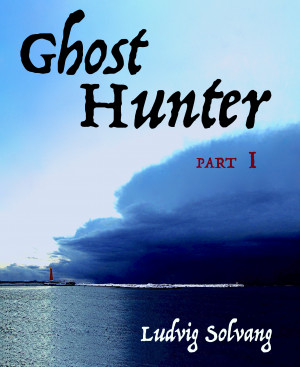 Ghost Hunter part I by Ludvig Solvang
Price: $1.99 USD. Words: 51,660. Language: English. Published: October 30, 2018. Categories: Fiction » Mystery & detective » General
Outside a small Arctic fishing village, a local fisherman is killed on his way to the fishing grounds. Then the drug scene is violently disturbed, and the local colonel must assist with his mobile grenade launcher. Later, another fisherman is found dead, on land this time. What was that fisherman going to confess on the upcoming gathering in the Laestadian congregation? 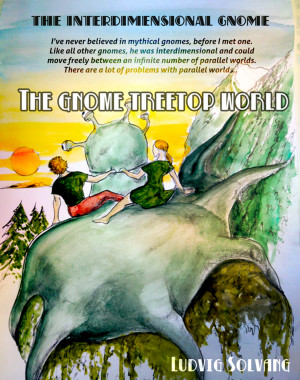 The Gnome Tretop World by Ludvig Solvang
Series: The Interdimensional Gnome. Price: $1.99 USD. Words: 39,290. Language: English. Published: September 9, 2018. Categories: Fiction » Adventure » Action
It began peacefully; the French witch asked Gnom to go to the Gnadomacaratszje gnomes to buy a bull for the iIfnatalitaramizkantarian tribe, and bring it to them. Neither Gnom, Piotr or Tafn had ever heard about the terrible Koros, or the hostile Mass that covered mountains. 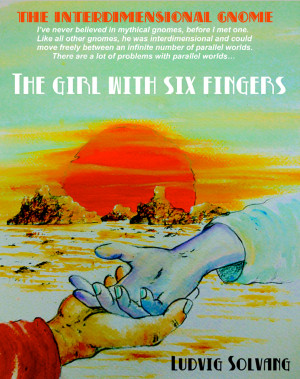 The Girl with Six Fingers by Ludvig Solvang
Series: The Interdimensional Gnome. Price: $1.99 USD. Words: 46,250. Language: English. Published: January 26, 2018. Categories: Fiction » Fantasy » Epic
I’ve never believed in mythical gnomes, before I met one. Like all other gnomes, he was interdimensional and could move freely between an infinite number of parallel worlds. There are a lot of problems with parallel worlds, like different languages, different people, and different money that might get you arrested. In addition to gruesome new gods, in Tafn's world, that is. 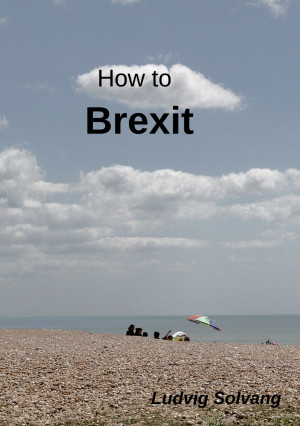 How to Brexit by Ludvig Solvang
Price: $1.99 USD. Words: 35,710. Language: English. Published: November 9, 2017. Categories: Essay » Political, Nonfiction » Politics & Current Affairs » Government
For more than a year now, Britain have asked itself: How to Brexit? It turned out, the whole thing was more complicated than any brexiter could ever imagine. It has been an annus horribilis for Prime Minister Theresa may, both domestic and international. EU is unreasonable, and her government don’t know what to do with their Brexit. 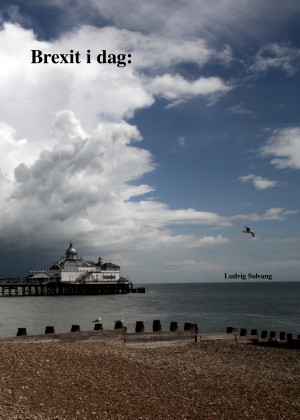 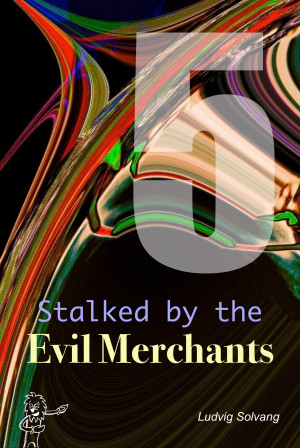 Stalked by the Evil Merchants by Ludvig Solvang
Series: Cyberspace Is Real World. Price: $1.99 USD. Words: 51,340. Language: English. Published: February 21, 2017. Categories: Fiction » Science fiction » Adventure
The secret of the Germania world is more dangerous than Bazan and his gang ever thought. Now they are hunted down by mighty forces, both in cyberspace and in Real World. Together they learn to know their fear, and OorT is attacked. Charlie, the algorithm, shows new abilities, and reveals his secrets. 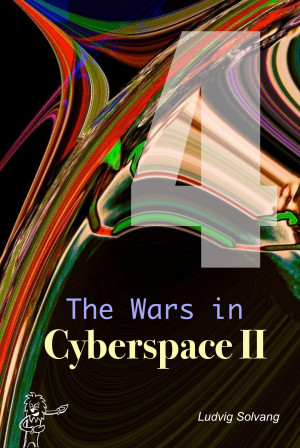 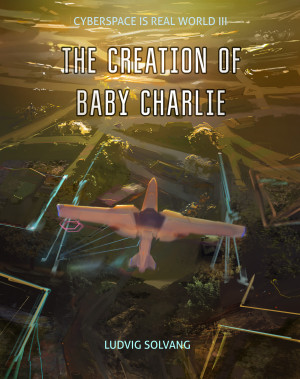 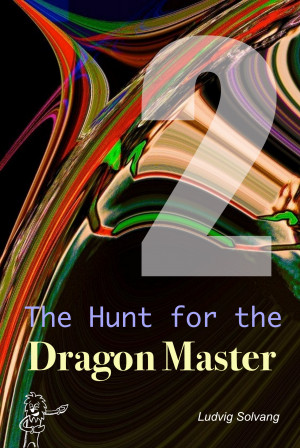 The Hunt for the Dragon Master by Ludvig Solvang
Series: Cyberspace Is Real World. Price: $1.99 USD. Words: 54,840. Language: English. Published: January 15, 2016. Categories: Fiction » Science fiction » Adventure, Fiction » Coming of age
Bazan and his gang turns parts of the town into a Goth City in Augmented Reality. It is a birthday present for Schwarzen. During a virtual concert, a dragon destroys the town and kill most of the avatars. The kids must neutralize the Dragon Master, who are threatening their life in cyberspace. 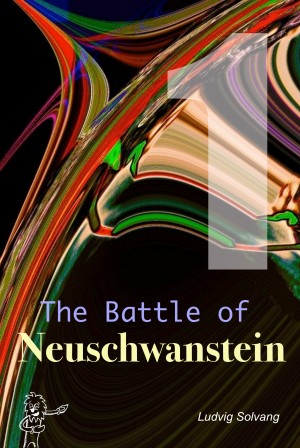 Bazan lives both in Real World and in cyberspace. There are strange things both places, among them; girls. He builds the magnificent castle Neuschwanstein for the annual Spring Games. Bazan and his tribe have to fight for their kingdom. During the game, he gets to know the mysterious Lady Mer.

You have subscribed to alerts for Ludvig Solvang.

You have been added to Ludvig Solvang's favorite list.

You can also sign-up to receive email notifications whenever Ludvig Solvang releases a new book.