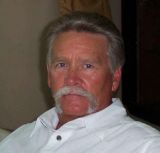 J.A. Bland was born in coastal Southern California in 1955, the middle child of seven siblings. He spent his early years in the South Western states. His father was raised on a farm in rural Horry County, South Carolina while his mother was born in Oregon and raised in California. After recovering from a near fatal accident at the age of 15, he began traveling the country. Either by foot, hitchhiking or jumping freight trains; the sights and sounds, and the aroma of the land and its people are forever embedded in his soul. For many years he cataloged his experiences, always with the intention of writing about them. Drawing on that beginning, the desire to write began to grow early on.

A voracious reader at an early age, he devoured the works of Poe, Kipling and Tolkien, Edgar Rice Burroughs and Louis L’Amour. He studied the philosophy of Plutarch and Socrates, Epicurus and Marcus Aurelius, and the lessons of Sun Tzu and Niccolò Machiavelli, modeling himself after characters of strength and compassion.

Proving his mettle as a paratrooper in the US Army at the age of 18, he carries that esprit de corps with him today. As a soldier he learned to understand the ethics of leadership and the strength of team work, ever in the support of the underdog and stepping in to help those in need. He imbues those traits into the characters of whom he writes.

With paternal roots in the Deep South and maternal roots in the Northwest, he is truly a man of the country. During brief sojourns to family farms in the south he developed a deep love of the land and an understanding of stewardship of the earth, adapting many southern mannerisms of his father, uncles and grandfather.

Having traveled nearly all of the lower 48 states, Central America and parts of Europe, and having hung his hat in more than a dozen states, he now calls the Colorado Rocky Mountains his home.

J.A. Bland writes of the places of his past, bringing them into the present and into the future with imagination, clear vision, compassion and a strong heart.

The Legend of Burroughs’ Rangers combines a lot of things — high adventure, drama, and an apocalyptic vision of a geologic event that alters the world. What draws you to these types of stories as a reader — and what do you feel makes them so popular?
People seem to have an innate fear of the unknown. Following the characters through the unknown, I think, gives readers an opportunity to safely navigate the imagined danger. Their fears are at first heightened then resolved, fostering feelings of excitement and satisfaction through vicarious participation
What are you working on next?
The second in the "Legend" series is in the works. "Shattered Land", follows Bill Burroughs and his band of survivors as they wend their way across the shattered remains of the continental U.S., searching out a path to Burrough's home in the Colorado Rocky Mountains. Their trials and travails, the people they encounter on the journey change each of the Rangers in very different ways and the 'Red-headed boy" rapidly grows into a man to reckon with.
Read more of this interview.

Where to find JA Bland online 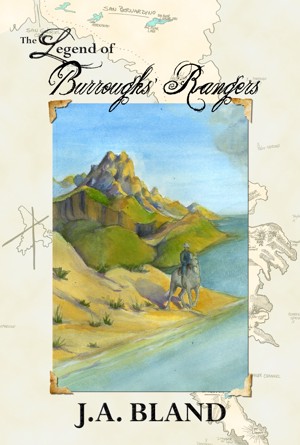 The Legend of Burroughs' Rangers by JA Bland
Price: $4.99 USD. Words: 99,560. Language: English. Published: November 2, 2012. Categories: Fiction » Adventure » General, Fiction » Science fiction » Apocalyptic
An end to man’s feeble struggle on Earth or the beginning of a new age? When the gods of men retreat to their distant abode and care not for the fate of their creation, will you resign yourself to the dark abyss? Will you scream in the face of adversity, I will not go quietly in to that dark night!”? Join me in the tale of an ordinary man who looked into that abyss and roared, “Do your worst!”

You have subscribed to alerts for JA Bland.

You have been added to JA Bland's favorite list.

You can also sign-up to receive email notifications whenever JA Bland releases a new book.