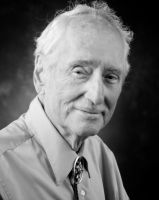 Jack Matthews (1925-2013) was an Ohio fiction writer, essayist and book collector. For a 100% free sample of Jack Matthews stories on, check out "Three Times Time" (also on Smashwords).

How long does it take a serious writer to learn brevity? Mastery of form? The ability to produce a deep aesthetic enjoyment?
This is an interesting question — like the others, indeed, but not as answerable as they. I think one strives to generate meaning as energy; it’s like a demonstration in classical mechanics in physics: we say we are “moved” by a story, for example. So if there is a quantum of meaning expressible in 20 words and you express it in 10, you’ve doubled the power of the sentence. (This quantification is very crude, of course, and doesn’t do justice to the beautiful complexity of a good sentence).
You once said, “most stories fail through under-invention.” Under-invention of what? Isn’t there a role for cliches and general banality in good writing? Do you ever worry about making your style too dense or inventive?
I think most feckless writing, like most superficial thinking generally, bops along the surface of the dense and subtle realities that make life real and interesting. Most writing is too vague and abstract — which is to say, it’s under-invented; it doesn’t dig down to the blood and meat. Do I worry about making my style too dense or inventive? Not really — if the world doesn’t like it, the world can just go fish. (Such an Olympian stance is, of course, only part of the truth.) But in my darker, less charitable moments, I wonder if much of it will not be lost on the editors who read my stuff, not to mention the readers. Is this snobbery? Of course it is; on the other hand . . .
Read more of this interview.

Where to find Jack Matthews online

Jack Matthews on the storytelling craft
A year before he died, Jack Matthews was interviewed about his writing guide, "A Worker's Writebook." He also reads a short chapter from it at the end. 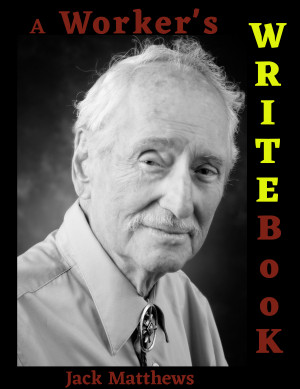 A Worker's Writebook: How Language Makes Stories by Jack Matthews
Price: $2.99 $1.00 USD. (67% off until Dec. 31!) Words: 79,390. Language: English. Published: March 12, 2019 by Personville Press. Categories: Nonfiction » Education & Study Guides » Literacy, Nonfiction » Reference » Writing skills
This quirky writing guide by Jack Matthews (author of 20 literary works) offers insight about how successful writers mold raw experiences into a story and how language helps you to do that. Erudite, witty, idiosyncratic, serendipitous, mischievous, sesquipedalian, entertaining, introspective and colorful: these are adjectives which come to mind when reading this book. 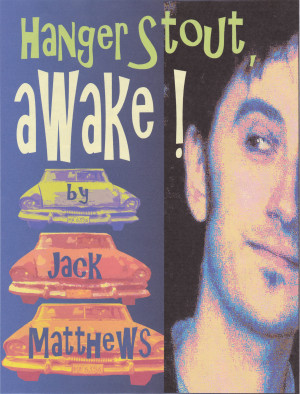 Hanger Stout, Awake! (50th Anniversary Edition) by Jack Matthews
Price: $3.00 USD. Words: 43,830. Language: English. Published: November 20, 2018 by Personville Press. Categories: Fiction » Coming of age, Fiction » Young adult or teen » Literary
Clyde Stout is a high school graduate in a small Ohio town; he loves tinkering with cars and dreaming about his girlfriend. He is coasting ... until he discovers he has a new talent: the ability to hang from a metal bar longer than anybody! 50 years ago, TIME MAGAZINE described this coming-of-age novella as a “gentle first novel told with a fine ear for adolescent patois.” 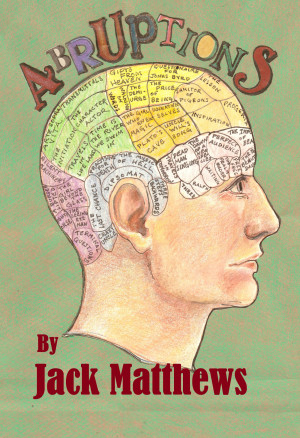 Abruptions: 3 Minute Stories to Awaken the Mind by Jack Matthews
Price: $3.00 $1.40 USD. (53% off until Dec. 31!) Words: 22,300. Language: English. Published: October 7, 2017 by Personville Press. Categories: Fiction » Literature » Literary, Fiction » Visionary & metaphysical
Poetic and fable-like tales about quirky people from small towns. Written by master storyteller Jack Matthews during his last decade of life, they are told with simple language, flashes of humor and a sage's sense of wonder and irony. 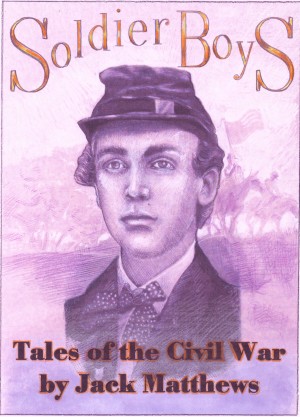 Soldier Boys: Tales of the Civil War by Jack Matthews
Price: $3.00 USD. Words: 57,400. Language: English. Published: April 5, 2016 by Personville Press. Categories: Fiction » Literary collections » American / General, Fiction » Historical » USA
Philosophical author Jack Matthews takes snapshots of Civil War soldiers as they cheat death and mess around between battles. Without dwelling on the war's tragic dimension, these old-fashioned (and historically accurate) yarns are infused with irony and a youthful sense of adventure. They also ask you to ponder the human condition as people of that time might have done. 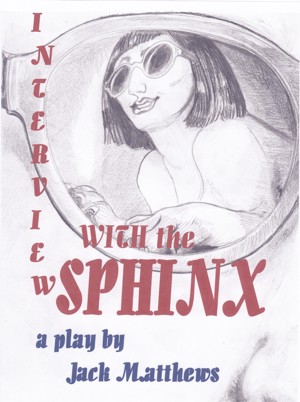 Interview with the Sphinx by Jack Matthews
Price: $2.99 USD. Words: 36,880. Language: English. Published: February 28, 2013 by Personville Press. Categories: Plays » American / African American, Plays » Ancient & Classical
This witty philosophical comedy imagines the ancient Sphinx being interviewed today -- as though she were another pop celebrity. She is a talkative, flirty & mysterious person who likes to talk about anything -- except the question being asked! Part Tom Stoppard, part Monty Python, part Oscar Wilde, this play by Jack Matthews combines philosophical paradoxes with fast-paced verbal pyrotechnics. 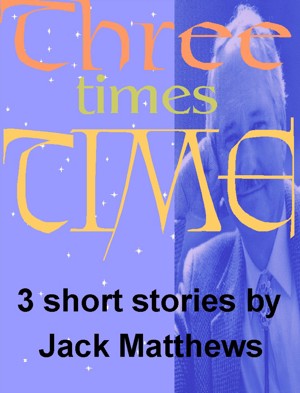 Three Times Time by Jack Matthews
Price: Free! Words: 78,960. Language: American English. Published: September 24, 2012 by Personville Press. Categories: Fiction » Literature » Literary, Fiction » Anthologies » Short stories - single author
A year before he died, Jack Matthews (author of 10 story collections and over 30 books) was asked to suggest his 3 favorite stories from all his books for this story sampler. "Matthews stories are like friends from small towns: They are honest, warm, occasionally lyrical and as strange and idiosyncratic as the rest of us." (Arthur Sabatini)

You have subscribed to alerts for Jack Matthews.

You have been added to Jack Matthews's favorite list.

You can also sign-up to receive email notifications whenever Jack Matthews releases a new book.