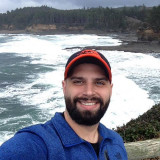 I’m a professional thrifter, the father of four children, and an avid runner. I was born and raised in Georgia, and spent time in Oklahoma, California, Connecticut, and then Oregon, as an adult. I’m a graduate of Oregon State University and now reside in North Georgia, raising my family, near family.

My first book, "The Earth Bleeds Red," was released in 2013. I took a few years off from writing to start my own business, and my second book, "The Lights Will Never Fade," came out in Jan 2018. My new contemporary suspense/thriller series, "An American Family," is coming in the fall of 2018 from Evolved Publishing.

I’m a bit of a free spirit who enjoys working from home, traveling around, looking for treasures to share, and creating worlds that otherwise would not exist. Thrifting and writing are my two passions, and I’m fortunate to be able to do both.

Where to find Jackson Baer online

An American Family by Jackson Baer
Contemporary dramas, with suspense thriller elements, exploring one family's love and loss, and their travails in the face of tragedy. 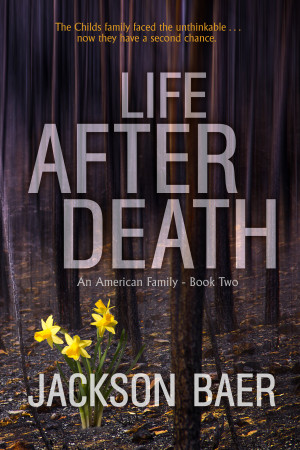 Life after Death by Jackson Baer
Series: An American Family. Price: $5.99 USD. Words: 80,960. Language: American English. Published: November 5, 2018 by Evolved Publishing LLC. Categories: Fiction » Thriller & suspense » Action & suspense, Fiction » Literature » Literary
After the death of Ramie Childs, Isaac moved on from the loss of his wife, and his kids moved on to their own lives. Now the FBI’s shocking discovery has turned their lives upside down. They face some difficult choice, and their decisions bring out the best in some... and the worst in others. 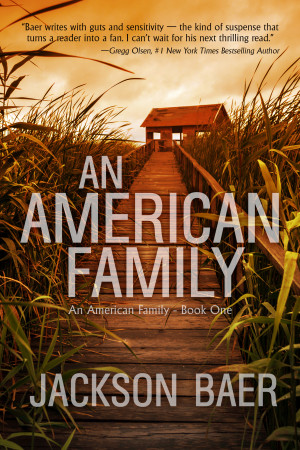 An American Family by Jackson Baer
Series: An American Family. Price: $4.99 USD. Words: 83,170. Language: American English. Published: October 1, 2018 by Evolved Publishing LLC. Categories: Fiction » Thriller & suspense » Action & suspense, Fiction » Literature » Literary
Isaac learns that his wife’s disappearance is the ninth in a string of similar cases. In the wake of this news, he struggles to cope, to be a good father to his daughter and college-bound son, and to reclaim something of an ordinary life even as he conceals his troubled past. Yet will his secrets catch up with him? And what of the FBI’s theory that the case isn’t completely resolved, after all?

You have subscribed to alerts for Jackson Baer.

You have been added to Jackson Baer's favorite list.

You can also sign-up to receive email notifications whenever Jackson Baer releases a new book.