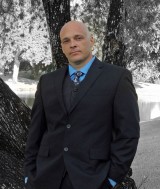 James Philip Le Breton, also known as the King of crime fiction, was born in Detroit, Michigan, to Catherine (Guastella), a housewife and mother of three and Keith Le Breton, a plumber from Nutley, New Jersey. James moved with his parents to Ft Lauderdale, Florida, when he was 3 years old. As a young child he dreamed of being in movies, but in his early teens his passion for making them grew. Throughout school he took on creative writing courses, and lived to entertain his peers. In June of 1996, James graduated high school and went on to pursue a degree in broadcast journalism. With his knowledge of statistics and passion for sports it seemed like the logical choice.

After one semester, he realized his passion was behind the camera rather than in front of it. He began writing short stories and doing bios as a freelance writer to gain experience. At the age of twenty-seven, James wrote his first full-length feature, The Underboss, a crime/drama that mixes the respect of old school gangsters with the energy of new aged mobsters. Years later, in an attempt to branch out to readers as well as viewers, he adapted the feature into a novel, The Marinelli Family: Rise of an Underboss. James is currently working on his next two installments of a three part book series, Gross Pointe Homicide and The Rossi Sisters, while shooting his first feature film. 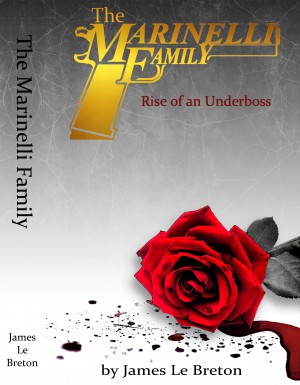 The Marinelli Family: Rise of an Underboss by James Le Breton
Price: $4.99 USD. Words: 53,450. Language: English. Published: January 24, 2015. Categories: Fiction » Mystery & detective » General
A well-trained gangster sets out to bury the life of a crime boss, but instead digs up a painful past.

You have subscribed to alerts for James Le Breton.

You have been added to James Le Breton's favorite list.

You can also sign-up to receive email notifications whenever James Le Breton releases a new book.