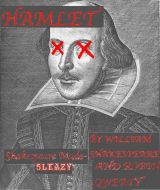 Robin Qwerty never thought he would put his Shakespearean knowledge to such impractical use. Beginning as a Shakespearean actor in the London area as a teenager, he played Hamlet himself in a Royal Shakespeare production in the late 1990’s and went on to be a professor and scholar on the great master’s work at Oxford University. Today he can be found listening to old Ramones records, playing with his young son Dromio, and visiting his extended family in Calgary. 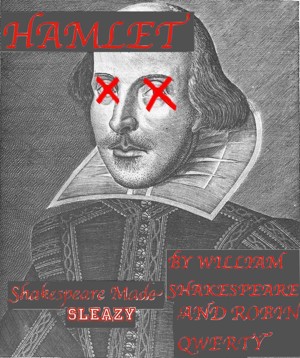 Hamlet (Shakespeare Made Sleazy) by Robin Qwerty
Price: Free! Words: 54,190. Language: English. Published: August 19, 2012. Categories: Plays » Shakespeare
Hamlet is the story of a young Danish prince coping with the murder of his father and his mother's remarriage to his uncle...who, by the way, happened to murder her first husband. Messed up, right? Shakespeare says it well, and the "Shakespeare Made Sleazy" series has his word against ours in a side-by-side, Shakespeare by Sleazy modern interpretation of the classic tale.

You have subscribed to alerts for Robin Qwerty.

You have been added to Robin Qwerty's favorite list.

You can also sign-up to receive email notifications whenever Robin Qwerty releases a new book.