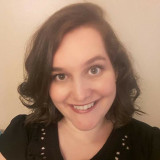 J.B. McGee is a mother, wife, and the Amazon Top 100 author of the best selling This Series. Amazon Crossing acquired the German rights to her debut novel, Broken. Heartfall, her coming of age novel about a bullied ballerina, is a #1 best seller in the Teen and Young Adult Performing Arts genre. Skipping Stones, a military romance about a young woman strongly influenced by her faith and her family all the while searching for her true love, is a #1 best seller in Women's Christian Fiction.

When J.B.'s not writing, she enjoys reading as well as watching and live-chatting her favorite television shows with her friends. Her favorite shows are Quantico, Blindspot, Grey’s Anatomy, The Bachelor/Bachelorette, Below Deck, The Vampire Diaries, The Originals, and Scandal (mainly because of her love of Scott Foley).

Born and raised in Aiken, South Carolina, she attended Converse College and eventually earned her Bachelor of Arts degree in Early Childhood Education from The University of South Carolina-Aiken in 2006.

In college, she was told by her children’s literature professor she would be the one student from her class to be an author. McGee shook her head and laughed. But in 2012, over six years after that statement was made and after a love of reading had been reignited, she gave writing a shot. J.B. gladly ate crow when she emailed her first book to the above mentioned children’s literature professor thanking her and acknowledging the accuracy of her prophecy.

In 2011, it was discovered that not only do both of her children, but also she and her husband, have mitochondrial disease. Affecting 1 in 2500 people, it has no cure or treatments. Being a writer allows J.B. to care for her family’s unique needs while also providing a platform for raising awareness for this disease.

She is a hopeless romantic who loves to escape into fairy tales—some she reads and some she creates.

J.B. McGee and her family now reside in Buford, Georgia.

Where to find JB McGee online 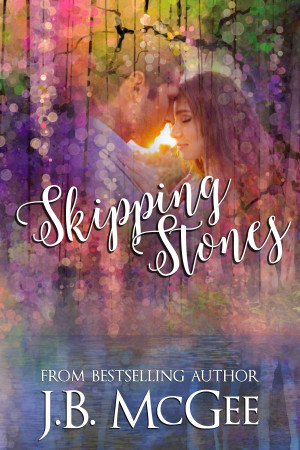 When faced with her world being turned upside down, Alex may just find that her true therapy is in the one who has always saved her.

You have subscribed to alerts for JB McGee.

You have been added to JB McGee's favorite list.

You can also sign-up to receive email notifications whenever JB McGee releases a new book.