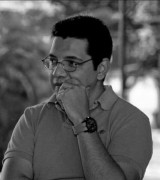 José H. Bográn is an international author of novels, short stories and scripts for television and film. He’s the son of a journalist, but ironically prefers to write fiction rather than facts. His genre of choice is thrillers, but he likes to throw in a twist of romance into the mix.

As a freelance writer, he has several articles published in a wide range of topics. Has also provided English/Spanish translation services as well as simultaneous for events and professional meetings and currently teaches Academic Writing, Public Speaking and English as a Second Language at a local university.

He’s a member of The Crime Writers Association, The Author’s Guild, the Short Fiction Writers Guild and the International Thriller Writers where he also serves as the Thriller Roundtable Coordinator and contributor editor their official e-zine The Big Thrill.

He lives in Honduras with his wife, three sons, and a Lucky dog.

What inspires you to get out of bed each day?
I'm trying to come up with something inspirational here, but all I'm getting is the harsh reality of an alarm clock placed out of reach from the bed. It doesn't even have a Snooze button.
I am not a wake up person, quite the opposite, I go to be inspired; it can be a good business day, a nicely rounded chapter, or a scene with sizzling dialogue and sticks a grin on my face all the way to my bed and carries me over the next day.
Who are your favorite authors?
There are three or four authors that influenced me. The first one, Mario Puzo. The Godfather was the first book, aside from the bible, that I've read more than once.
During the 90's I became a fan of three power players:
1) Ken Follett, got hooked on Triple, but it was The Pillars of the Earth that made me a real believer.
2) Tom Clancy, and the early Jack Ryan adventures that defined the Techno-thriller sub-genre. My favorite of those early books is Patriot Games, followed closely by Executive Orders.
3) Clive Cussler, Dirk Pitt adventures were above and beyond. My first one was Deep Six, and it was great.

So given the above, is it really a wonder why I write thrillers now?
Read more of this interview.

The Falcon Chronicles by J. H. Bográn
The ongoing adventures of Alexander Beck, a for-hire thief who always delivers on his promise, even when he bit more than he could chew. His adventures had crossed paths with many spy agencies, mobs, and even small countries. He's discovered that sometimes the good guys are on the wrong side of the law. 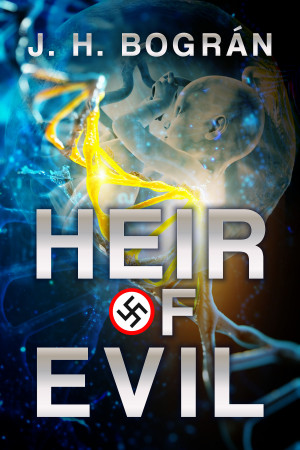 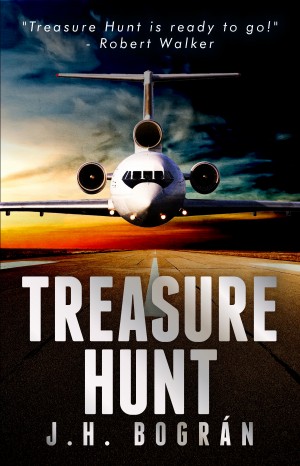 Treasure Hunt by J. H. Bográn
Series: The Falcon Chronicles. Price: $5.99 USD. Words: 55,290. Language: English. Published: January 27, 2015. Categories: Fiction » Adventure » Action
Does 20 years in prison mean you get to keep the money you stole? Master thief Falcon is hired to retrieve a long lost treasure, but finds himself in a no win deal and not a chance for escape.

You have subscribed to alerts for J. H. Bográn.

You have been added to J. H. Bográn's favorite list.

You can also sign-up to receive email notifications whenever J. H. Bográn releases a new book.