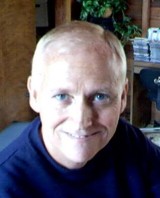 Much like the narrator of his novel, Doctor Gillespie's Discovery, J. R. Duke lives alone out in the boonies on the big island of Hawaii where life is generally always peaceful and quiet, interrupted only occasionally by volcano eruptions, earthquakes, and hurricanes.

When did you first start writing?
Shortly after I learned how to write. I've had ideas for stories in my head for as long as I can remember and began committing them to paper as soon as I was able, age 3 or so, in written words and often crayon illustrations. First came short stories and then plays, some of which I acted out with childhood friends. I turned every homework assignment at school into a writing project (I even wrote a story for my Algebra class) and my 8th grade English teacher, apparently impressed by my creativity, encouraged me to write a play. So I did. It was called Money Love, in three acts. I wrote it, starred in it, directed it, and produced it using the stage facilities of the school's auditorium, and my teacher invited all the other English classes to come see it. Not bad for age twelve and a half. I continued writing short stories and plays over the years, focusing more on playwriting as time went by. I've always had a play percolating in my mind, usually more than one at the same time (three as I'm writing this), and I've written down outlines and characters so I'd remember them. About a dozen got fully written. I'll be publishing several of those as reading plays shortly.
Do you write in longhand on paper or create directly at the keyboard?
For years, from the beginning of my writing, I did it all in pencil, mostly for two reasons -- I could erase and make corrections and I'm left-handed and tend to smear what I've written in ink with the edge of my hand if I'm writing fast as I usually do (lefties will know what I'm talking about); if a written piece was to become a finished product I would be my own typist. At some point (I think when I switched from a typewriter to a computer word processor) I gradually weaned myself completely off handwriting works to creating as I typed just from notes and that's what I still do now.
Read more of this interview. 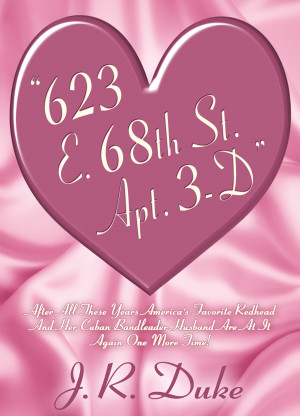 623 E. 68th St., Apt. 3-D by J. R. Duke
Price: Free! Words: 18,460. Language: English. Published: September 19, 2017. Categories: Plays » American / African American
She's back! The kooky redhead and her Cuban bandleader husband have returned to their former address. The years have not been kind to the used to be in love couple; she's let herself go with a vengeance and he's been banished to the YMCA after their latest fight. Their grown son visits his mother and reveals he needs to find a new singer for his band. Guess who wants to get into the act? 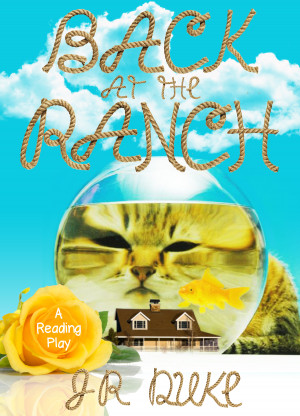 Back At The Ranch by J. R. Duke
Price: $1.69 USD. Words: 27,770. Language: English. Published: May 29, 2017. Categories: Plays » American / African American
Who says family get-togethers can't be fun? This one's a real hoot! A wife chases after her husband with a shotgun, a girlfriend goes after her boyfriend with a butcher knife, and a woman fueled by alcohol comes on to every member of the opposite sex present. 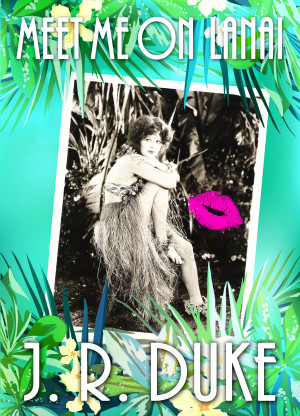 Meet Me On Lanai by J. R. Duke
Price: $1.69 USD. Words: 31,220. Language: English. Published: November 16, 2016. Categories: Plays » American / African American
A crazy priestess on the island of Lanai escapes from prison and seeks revenge by performing human sacrifices. In other words, this is a comedy. The potential victims have all been tricked into coming to the island for love, money, and adventure. What follows is a French farce in the middle of the Pacific Ocean with mistaken identities, plot twists galore, and grass huts with slamming doors. 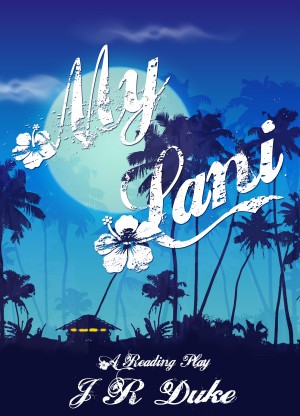 My Lani by J. R. Duke
Price: $1.69 USD. Words: 30,230. Language: English. Published: October 24, 2016. Categories: Plays » American / African American, Plays » American / African American
We all have regrets. Lani has more than her share including the biggest one, shooting somebody. Unable to face the consequences she hides from the truth, seeks solace in alcohol, and contemplates turning the gun on herself. Her mother will have none of that. Although dead for many years she visits Lani in spirit to help sort out her life and come to grips with her past, present, and future. 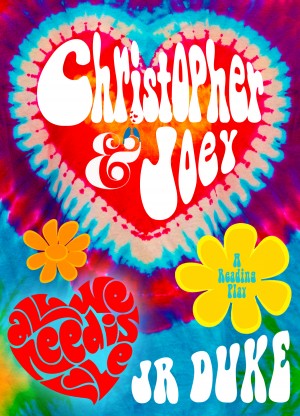 Christopher & Joey by J. R. Duke
Price: $1.69 USD. Words: 38,760. Language: English. Published: August 6, 2016. Categories: Plays » Gay & Lesbian
Christopher & Joey is a play-within-a-play-within-a-play. Actually, it's the title of an adult all-male video that a cast of characters in the play-within-a-play is variously motivated to star in, write the script for, produce and direct, and sabotage from even being made, all in the name of, due to the lack of, and cynically in spite of love. Will love dare to speak its name and conquer all? 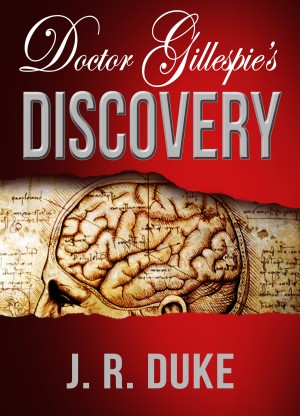 Doctor Gillespie's Discovery by J. R. Duke
Price: $3.99 USD. Words: 134,420. Language: English. Published: September 16, 2015. Categories: Fiction » Science fiction » Adventure, Fiction » Gay & lesbian fiction » General
Research scientist Doctor Gillespie has made one of the most momentous discoveries about our existence: that there is a biological basis for sexual orientation, a longtime controversial theory proven by the doctor to be factual, which means we actually are born to be the way we are.

You have subscribed to alerts for J. R. Duke.

You have been added to J. R. Duke's favorite list.

You can also sign-up to receive email notifications whenever J. R. Duke releases a new book.