Born in 1955,Jim Spinosa remembers,as a youngster,
being entranced by the science fiction novels he
perused in a small,corner bookstore in Denville,
NJ. The cramped confines of that store had claimed
to contain the largest selection of books in Northern New Jersey. His penchant for science fiction engendered an interest in physics. Often daunted by the difficulty of physics textbooks,he
questioned whether physics could be presented as clearly and concisely as science fiction,without sustaining any loss in depth Nuts and Bolts:Taking
Apart Special Relativity is an attempt to answer that question.

Will Einstein jokes ever rival knock-knock jokes in popularity?
Einstein jokes will likely never rival knock-knock jokes in popularity or even run a close second, but here are 20 for your enjoyment.
1. You have to give Einstein credit, he went from being a patent clerk to being a patent liar.
2. Einstein’s writings are like the alternative radio station WFMU: the music is terrible, the DJs are moronic, but at least there are no commercials.
3. Einstein said the weight of the sun is 1.47 kilometers and the average wait for a haircut is two snickers and a raspberry Snapple.
4. Optimists said everyone would understand Einstein’s theories by the year 2000, but they also said a black president would bring racial harmony.
5. Einstein’s theories prove that if Adam and Eve ate an apple from the tree of knowledge, it must have been rotten.
6. When Einstein’s theories first appeared, no one who understood them believed them. After he became famous, everyone believed them, but no one understood them.
7. In Einstein’s theories nothing exceeds the speed of light except perhaps the alacrity of his deceptions.
8. Einstein never wore socks so it was a toss-up as to which stank more his feet or his theories.
9. Sadly, Einstein’s youngest son was confined to a mental institution as an adult. How far can the apple fall from the tree?
10. From the mouth of babes department: Lizzie McGuire (Hilary Duff) said Einstein had crazy hair. Talk about only scratching the surface.
11. General relativity, Einstein’s follow-up to special relativity, proves it never rains but it pours.
12. Einstein’s only daughter mysteriously disappeared. Some say she died . . . of embarrassment.
13. They say Einstein had trouble with simple math. That could be the whole story.
14. When Einstein was 2 years old, his parents wished he would start talking; when he was 22, his parents wished he would stop.
15. Henri Poincaré’s friends implored him to sue Einstein for plagiarism. He replied, “You can’t copyright a joke.”

16. Shortly after Einstein died, Dr. Thomas Harvey stole his brain, which is fitting in a way, because shortly after Einstein was born, he lost his mind.
17. Fool me once, shame on me; fool me twice shame on me. Once: special relativity. Twice: general relativity.
18. Ever since Einstein, the stars have been sick.
19. Facts disprove scientific theories; humor disproves philosophies.
20. Many of the few who have read Henri Bergson’s book “Duration and Simultaneity” have assumed a priori that his critique of Einstein’s special relativity theory is incorrect. That is the power of propaganda.
Which is easier understanding general relativity or writing jokes?
1. Einstein’s theories are like an ice storm--beautiful unless you have to go to work or you’re sick and need to get to the drugstore.
2. Einstein’s theories are like the hype the weather service gives to a snow squall--lots of alarms, but not much snow.
3. Was Einstein a double-talking bastard swimming in a sea of double-talking bastards?
4. How many Einsteins does it take to screw in a light bulb? Answer: (1.47 km./697,000 km.)/(1/e)[(a)(a)+(b)(b)]/c(1/a)(R/m).
5. Is there something deep in Einstein’s theories that’s like saying my brother died but I inherited some nice shirts?
6. Was Einstein merely a troublemaker?
7. Suppose you went to bed one night, and while you were sleeping, everything in the universe increased in size a thousand times. Absolutely everything was bigger: you, the bed, the earth, the solar system, and all the atoms that make everything up. And if your grandma had wheels she’d be a wagon.
8. If only there was a photo of Einstein shaking the dust out of a dust mop, then his theories would be true.
9. Einstein wanted to be a genius without actually being smart.
10. Einstein’s theories are like the plastic device they sell to stretch the waistband of your jeans or a battery-powered, handheld sewing machine--intriguing, but they just don’t work.
11. If only there were a photo of Einstein shaking the dust off of a dust mop, then all his theories would be correct.
12. Many people say that if Einstein’s theories don’t effect the 10 second rule for food that falls on the kitchen floor then what the hell good are they?
13. If you really understand Einstein’s theories, you should be able to assemble two or more crackers from the crumbs and salt that are deposited at the bottom of the cracker package.
14. A reporter once asked Einstein to explain relativity theory in a few sentences. He replied, “It used to be thought that if all things disappeared from the world, space and time would be left. According to relativity theory, however, space and time disappear along with the things.” That seems to be a philosophical idea and not a scientific theory.
15. The blacks have the Democrat Party while the whites have Einstein's theories; who are the greater fools?
16, I studied Einstein's theories in an attempt to find truth, but all I found was a stinking pack of lies,
Read more of this interview.

Where to find Jim Spinosa online 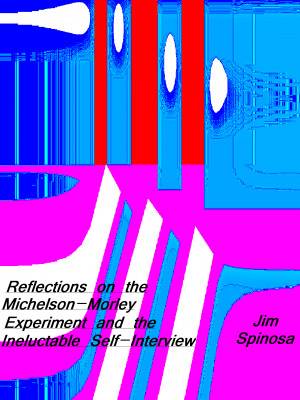 This free e-book consists of two books: the first is the very short “Reflections on the Michelson-Morley Experiment” and the second is “The Ineluctable Self-Interview,” which is longer but brightened by patches of humor. The high points of the interview are serious attempts to falsify Albert Einstein’s theory of general relativity. The interview ends scrutinizing covariant differentiation. 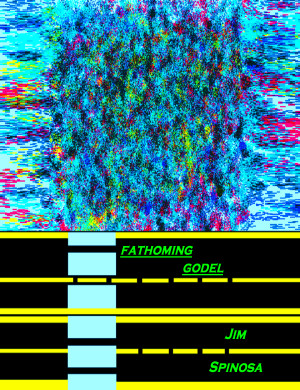 The conclusion reached in "Fathoming Gödel" is that Gödel's 1931 paper is a shell game. It is based on several errors that are well camouflaged. Some shortcomings in the paper are openly admitted although they are downplayed, and errors are also produced in an effort to force a particular conclusion. This critique is limited to Gödel's first incompleteness theorem as translated by Martin Hirzel. 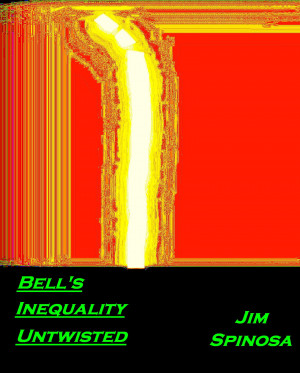 “Bell’s Inequality Untwisted” is a unique book. The author’s aim is to explain in detail all the equations and statements in John S. Bell’s ground-breaking paper “On the Einstein Podolsky Rosen Paradox.” He attempts an in depth explanation of Bell’s paper that is understandable to a wide audience. As the explanation proceeds, it becomes clear that Bell’s paper is a series of incoherent equations. 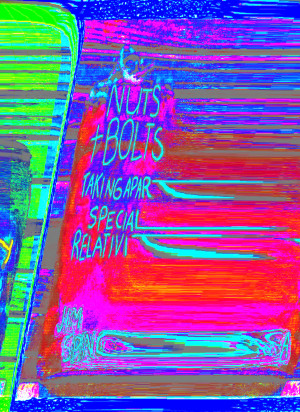 You have subscribed to alerts for Jim Spinosa.

You have been added to Jim Spinosa's favorite list.

You can also sign-up to receive email notifications whenever Jim Spinosa releases a new book.