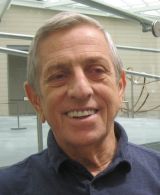 Jonathan J Prinz was born a month after his parents arrived in America from Nazi Germany. His father, a renowned and outspoken liberal rabbi, had been expelled by the regime. He began his own professional life as a rabbi serving, along with his father, a thousand-family independent synagogue in Newark NJ. Active in civil rights, he was a founder and Board Vice President of the first Community Action Anti-Poverty program funded by the 1964 Equal Opportunity Act. Leaving the pulpit in 1968, he moved to New York with the hope of entering government service and politics. Robert Kennedy's assassination effectively put an end to those plans.

Over much of the next decade he served as a communications executive on Wall Street. That led to a thirty-year career in corporate and brand identity. As President of The Schechter Group, his work focused largely on the consumer brands of Fortune 500 clients. He led the team that created branding for diet Coke, the most successful new product launch ever. Some years after he and his partners sold their firm to the Omnicom Group he established his own branding practice, this time working primarily with small companies, startups and non-profits.

Transcenders: Living beyond religion and the religion wars reflects Prinz' own journey from the pulpit to living a life beyond religion. In exploring a subject that impacts on the lives of 60 Million Americans including one third of today's Millennials, he seeks to help them and others gain a better understanding of what it means to be a transcender in the 21st Century. Beyond working on a new book, he regularly writes a blog: Beyond All That commenting on current affairs, religion and politics. After many years in New York City, he now lives in Chapel Hill, North Carolina. Outside of work, he pursues his passion for art, music and cooking. He has two grown sons. 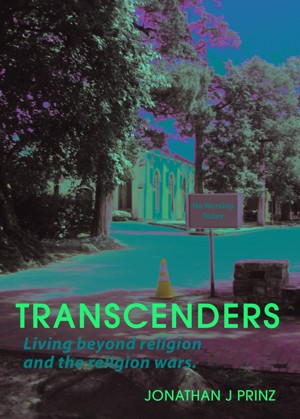 Transcenders: Living beyond religion and the religion wars. by Jonathan J. Prinz
Price: $2.99 USD. Words: 63,550. Language: English. Published: December 14, 2012. Categories: Nonfiction » Religion & Spirituality » Atheism/Agnosticism
Motivated by the author's own journey from the pulpit to being one of them,the book tells why America's fastest growing and largest minority live without religion. He calls them transcenders. The book explores god-invention, individual identity, truth, purpose, immortality, community and wonder along with what lies ahead for transcenders in the years to come.

You have subscribed to alerts for Jonathan J. Prinz.

You have been added to Jonathan J. Prinz's favorite list.

You can also sign-up to receive email notifications whenever Jonathan J. Prinz releases a new book.