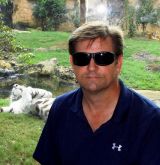 JL Stratton has always been a storyteller, although most folks just call it "spinning a tale" or "lying." He began writing in earnest in junior high school when a creative writing teacher gave him a "C" grade on a piece of speculative fiction, calling it "blasphemy." From that point on, JL saw continued remarks about his writing such as "weird" and "writing for the mind" only as fuel for his writing fire.

Although born and raised in the Northwest of the United States, he now resides in the Southeast, having been deposited there through Uncle Sam's relocation program, otherwise known as military service.

Do you remember the first story you ever wrote?
While it is difficult at my age to remember the very first story I wrote, I do remember the story that set me on a path to a life-long enjoyment of writing. It was a creative writing assignment. I wrote a piece of speculative fiction (although the term speculative would not come into play for years) involving a set of characters escaping from their home planet and arriving at another. The characters were so much like that of Adam and Eve protrayed in the jewish and christian bible that I actually named them "Adam" and "Evek." At this early age, I had not yet developed a skill for naming characters. My teacher was appalled by the story. She gave me a grade of 'C' and wrote something referring to blashpemy on the first page. From that point, I was hooked on creating stories that tested the reader's beliefs.
What is your writing process?
I normally start with an idea or just a tiny seed of a story. I'll write a scene or a character sketch and go from there. At some point I do formulate a very loose outline just to make sure that events and characters are matched. My first draft is often very sparse, basically describing a character doing something or going from one place to another. On the second pass, as I get to know my characters, I add more detail. One odd thing about my process is that, while many writers reduce their word count during rewrites, I normally increase mine because of my initial sparse writing style.
Read more of this interview.

Where to find JL Stratton online 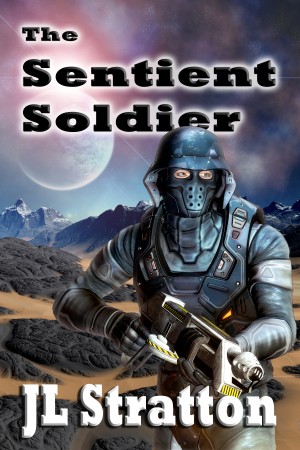 The cold realities of war are realized too late both by a manufactured soldier and the command team that controls him. This is a dystopian look at mental conditioning and creating the ultimate soldier, without empathy or fear of pain.

You have subscribed to alerts for JL Stratton.

You have been added to JL Stratton's favorite list.

You can also sign-up to receive email notifications whenever JL Stratton releases a new book.