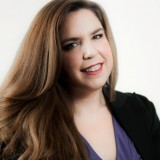 JoAnna's interest in the creative arts started early in life. She spent much of her childhood reading novels that would whisk her away on magical adventures. By high school, her love of reading had sparked an interest in writing. Her projects evolved from poetry collections to fiction short stories and eventually, to novels. While earning her Bachelor's degree in Business Management, JoAnna wrote her first full-length novel, Restless Mind. The project became a passion that found her bonding with her laptop for days on end. She enjoyed the process so much that she wrote another novel, titled The View From the Fishbowl, not long after. JoAnna is now writing her third book, Under the Maple Tree, which she expects to finish soon. JoAnna delights in the enjoyment others can derive from her work, and would be happiest writing and sharing her stories with the world.

JoAnna grew up in the beautiful, Pacific Northwest. When JoAnna was a child, her family settled in Vancouver, Washington, just north of Portland, Oregon. JoAnna still lives in the area with her family and her two dogs. When she's not writing, JoAnna enjoys spending her time with her family and entertaining friends as well as drawing and painting.

Where to find JoAnna Santanen online 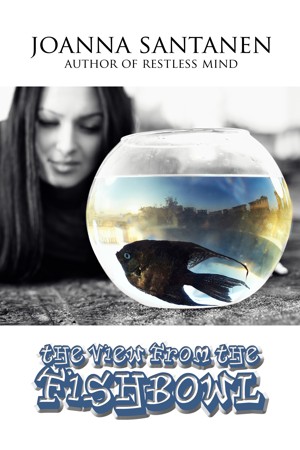 The View From The Fishbowl by JoAnna Santanen
Price: $0.99 USD. Words: 86,210. Language: English. Published: October 11, 2012. Categories: Fiction » Thriller & suspense » Psychological thriller
Caleb is a fun-loving bachelor struggling to make ends meet as a young entrepreneur. Caleb is a creative thinker whose passion and personality often finds him surrounded by friends. After a tragedy, Caleb is plagued by mysterious incidents. Caleb's world quickly unravels until he faces off with the malicious man he deems responsible for his strife just as his grip on reality is at its weakest. 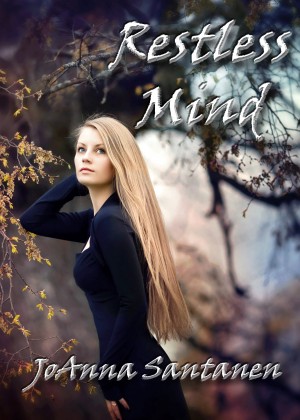 Restless Mind by JoAnna Santanen
Price: $2.99 USD. Words: 101,220. Language: English. Published: September 17, 2012. Categories: Fiction » Thriller & suspense » Psychological thriller
Jenna Cooper is a young woman from Portland, Oregon. After suffering a car crash that lands her in a three-day coma, Jenna finds herself with extended periods of memory loss. She frequently wakes up in strange and disorienting situations. Jenna struggles to understand what is happening as her life, and psyche, begin to deteriorate.

You have subscribed to alerts for JoAnna Santanen.

You have been added to JoAnna Santanen's favorite list.

You can also sign-up to receive email notifications whenever JoAnna Santanen releases a new book.