Joel E. Lorentzen grew up on a small farm in eastern Iowa. Joel’s family of seven lived the life of the rural working poor, saved by the stubborn resolve of parents who refused to give up. A scholarship permitted his Iowa State University education as an engineer, but his elective choices were literature and creative writing. He later obtained an MBA from the University of Iowa. Joel travelled the world extensively as an automation engineer for over 36 years. Along the way, he invested in a variety of private manufacturing companies which he continues to serve as a consultant, permitting his self-identified occupation as semi-retired.

Long plane rides and airport layovers served his passion for reading and writing. His background provided a distinct sense of the travails and resilience of working people, those he recognizes as the ones whose efforts really make the world go.

Joel enjoys socializing with family, friends, and business associates of every background and culture, but prefers small groups where voices can be heard and reasoning fully explored. Joel avoids social media, sporting events, and concerts. He lives and loves a physically active lifestyle.

Joel shares his life with his wife, Ann. They have one daughter, Rebecca, all grown up and a mother herself. Ann and Joel reside in Rock Island, Illinois. They recreate at a second home in Lake of the Ozarks, Missouri where they enjoy boating, fishing, and hiking.

Where to find Joel Lorentzen online 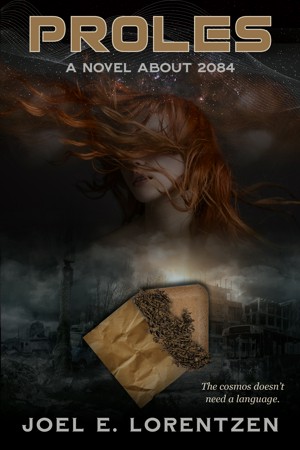 Proles - A Novel about 2084 by Joel Lorentzen
Price: $5.99 USD. Words: 91,950. Language: English. Published: October 4, 2021. Categories: Fiction » Science fiction » Utopias & dystopias, Fiction » Literature » Literary
Proles is about a future society of Thelites, enlightened global leaders, who seek to enlist the Proles into a unified, global society managed by science. The Proles convictions to spirituality and dreaming confound Thelites, who believe such practices are disorders that should be eradicated from humanity. Julianna, a Thelite scientist, discovers Prole heritage, dreams, and mortal conflict!

You have subscribed to Smashwords Alerts new release notifications for Joel Lorentzen.

You have been added to Joel Lorentzen's favorite list.

You can also sign-up to receive email notifications whenever Joel Lorentzen releases a new book.