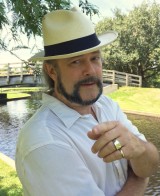 John Baur was a fairly normal guy – a family man and a reporter/editor for newspapers and magazines. Then, in 1995, he and his friend, Mark Summers, invented International Talk Like a Pirate Day and his life took a whole different turn. They became well-known figures in the pirate community, wrote several books of pirate-based humor, performed on stages from Philadelphia to Los Angeles, New Orleans to Seattle, and have been featured on television, radio and newspapers all around the world. John, his wife Tori and their kids moved to the the Caribbean, where they lived four years while he wrote the first draft of what became this book. They now live in New Orleans, but when son Max graduates from high school, who knows where John and wife Tori are likely to get off to.

Where to find John Baur online 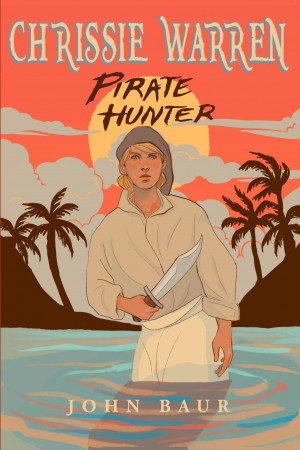 Chrissie Warren: Pirate Hunter by John Baur
Price: $2.99 USD. Words: 69,440. Language: English. Published: April 30, 2016. Categories: Fiction » Young adult or teen » Adventure
When Chrissie Warren's sailor father fails to return from his latest voyage, the 13-year-old girl in colonial Virginia discovers he’s been captured by pirates. Disguised as a boy, she signs onto a merchant ship and embarks on a dangerous mission to find and rescue him. On the journey, she discovers – Herself.

You have subscribed to alerts for John Baur.

You have been added to John Baur's favorite list.

You can also sign-up to receive email notifications whenever John Baur releases a new book.